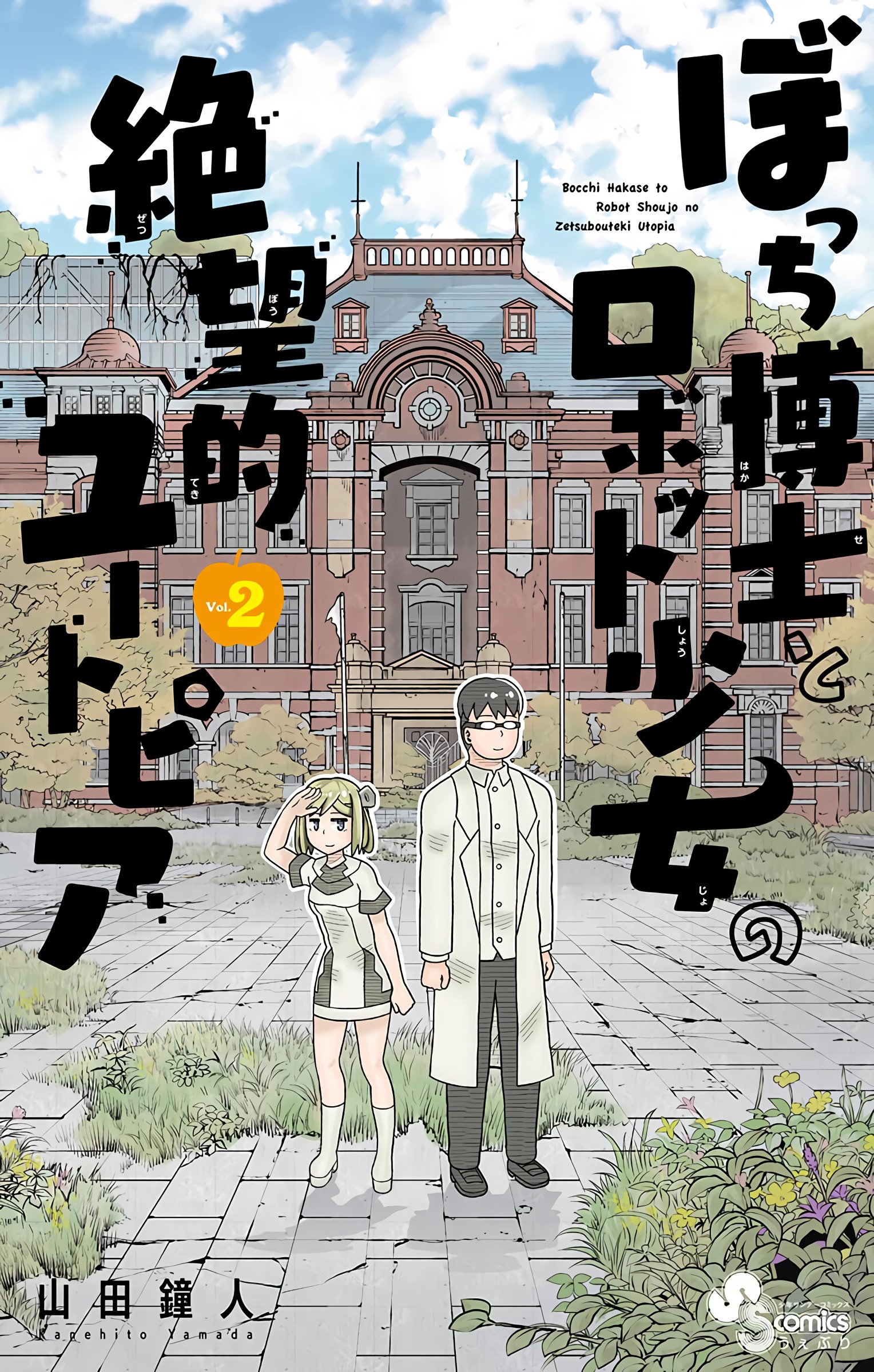 Follows the daily life of a professor and a robot girl in a post-apocalyptic setting. 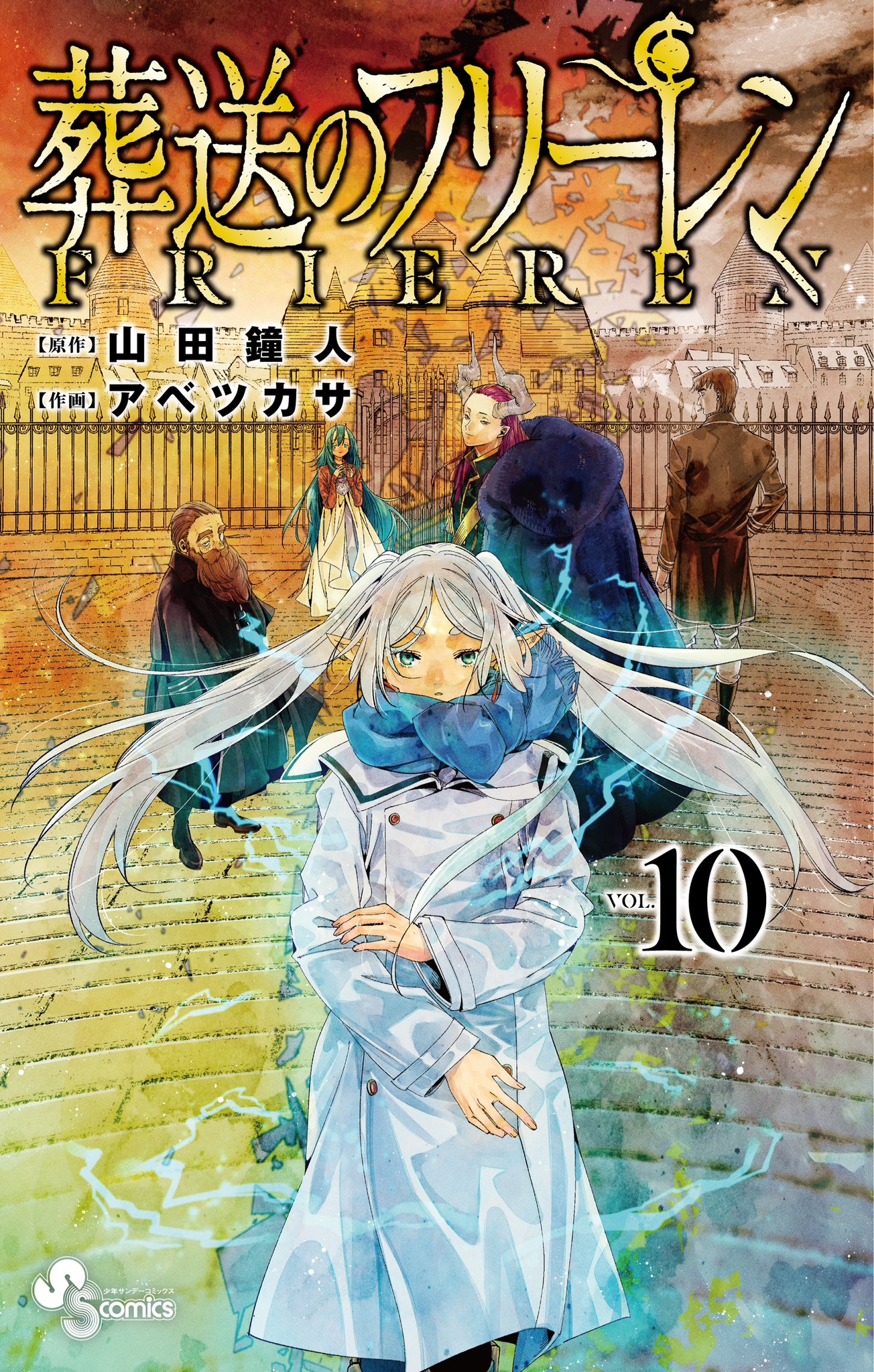 The adventure is over but life goes on for an elf mage just beginning to learn what living is all about. Elf mage Frieren and her courageous fellow adventurers have defeated the Demon King and brought peace to the land. With the great struggle over, they all go their separate ways to live a quiet life. But as an elf, Frieren, nearly immortal, will long outlive the rest of her former party. How will she come to terms with the mortality of her friends? How can she find fulfillment in her own life, and can she learn to understand what life means to the humans around her? Frieren begins a new journey to find the answer. 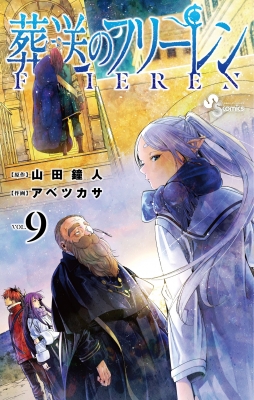 The demon king has been defeated, and the victorious hero party returns home before disbanding. The four—mage Frieren, hero Himmel, priest Heiter, and warrior Eisen—reminisce about their decade-long journey as the moment to bid each other farewell arrives. But the passing of time is different for elves, thus Frieren witnesses her companions slowly pass away one by one. Before his death, Heiter manages to foist a young human apprentice called Fern onto Frieren. Driven by the elf's passion for collecting a myriad of magic spells, the pair embarks on a seemingly aimless journey, revisiting the places that the heroes of yore had visited. Along their travels, Frieren slowly confronts her regrets of missed opportunities to form deeper bonds with her now-deceased comrades. [Written by MAL Rewrite] 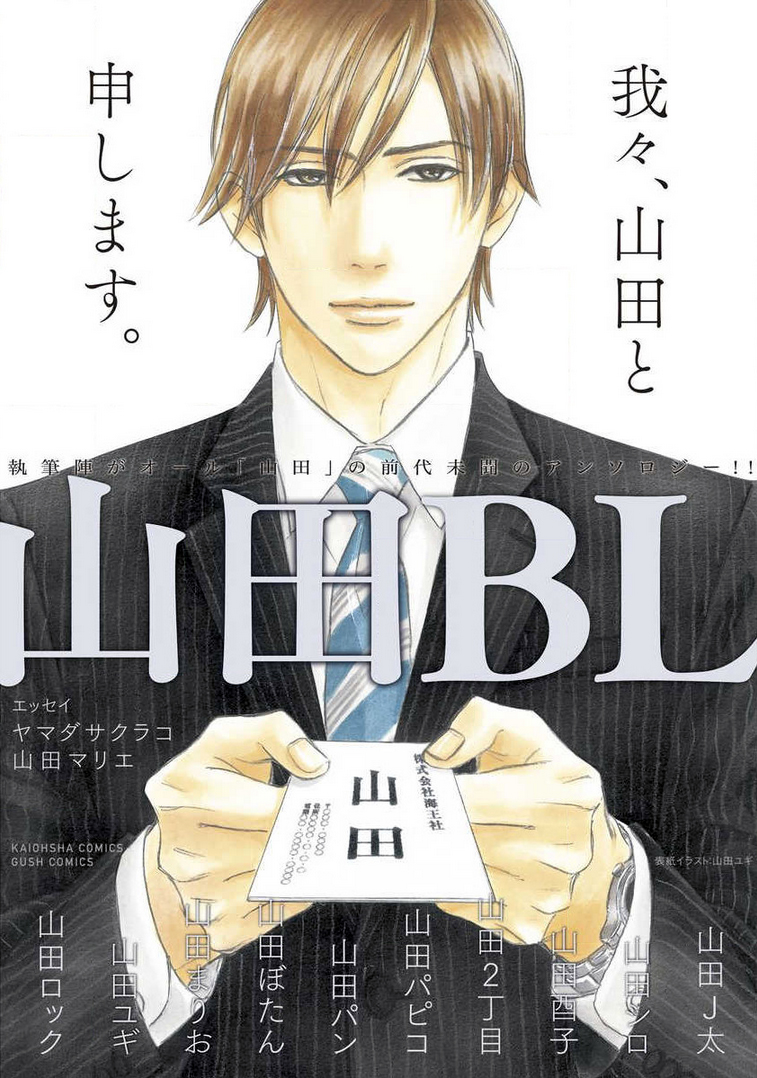 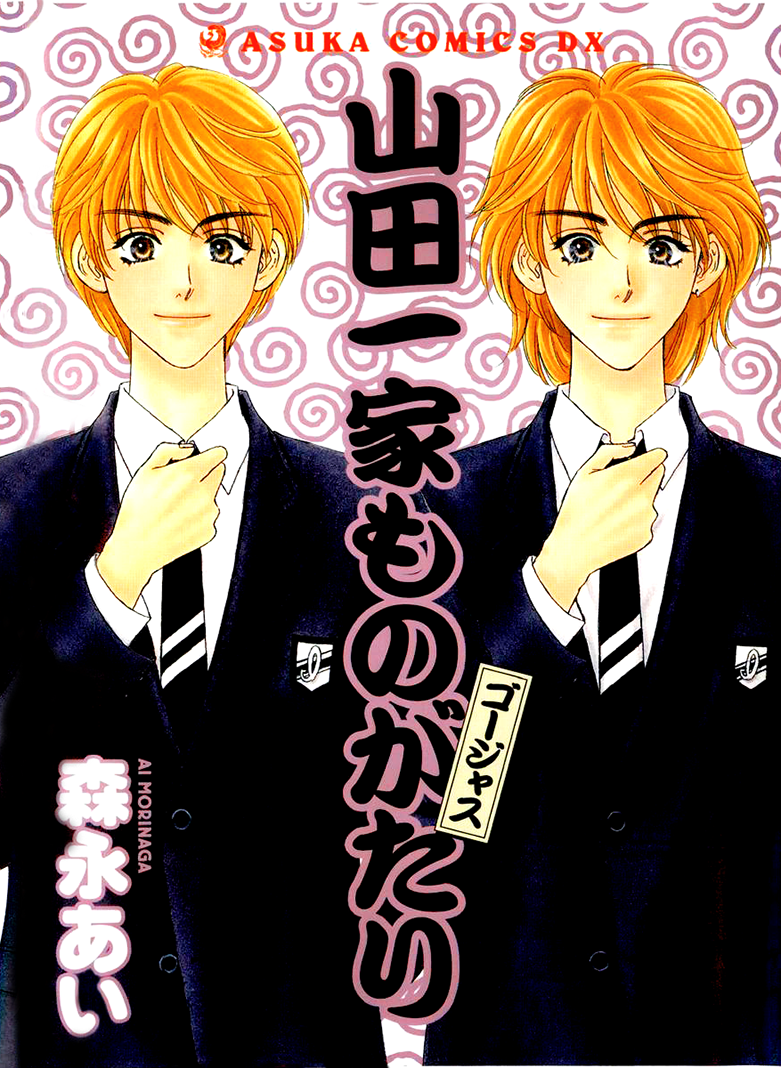 Revisit each of the Yamada family members as they have all grown up and well! 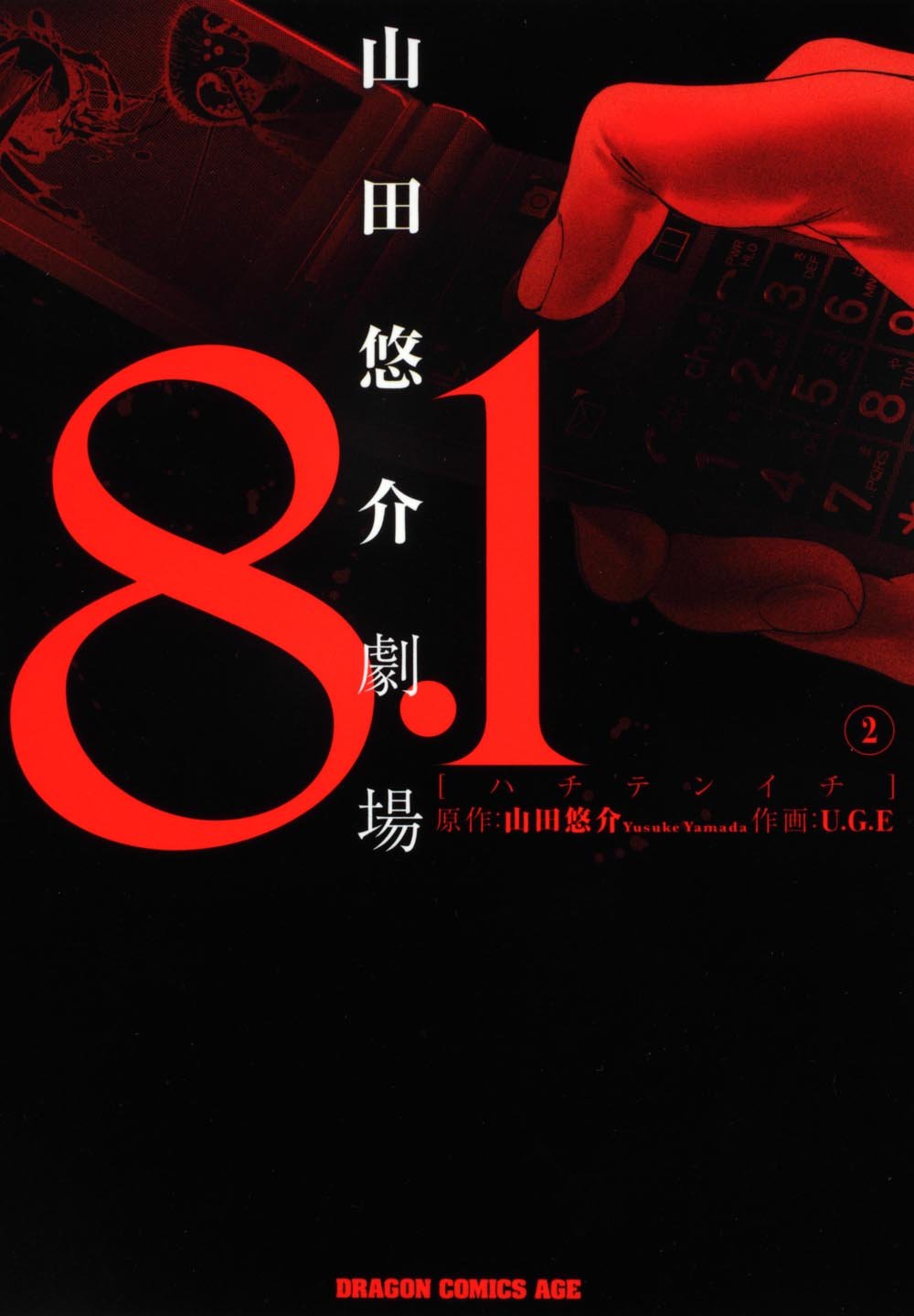 There is a mysterious group of people who inflict cruel and fatal games on people for their own amusement. Tatsuya and Misa are out on a date in an amusement park when they wander into one of these horrific competitions on the tallest roller coaster on earth. The seats fall out of their 12-person roller coaster car, and they are told that the game will end when all but one person has fallen to their death. Will the passengers be able to find a way to escape the competition? Will there be any retribution against the orchestrators of this sick crime? 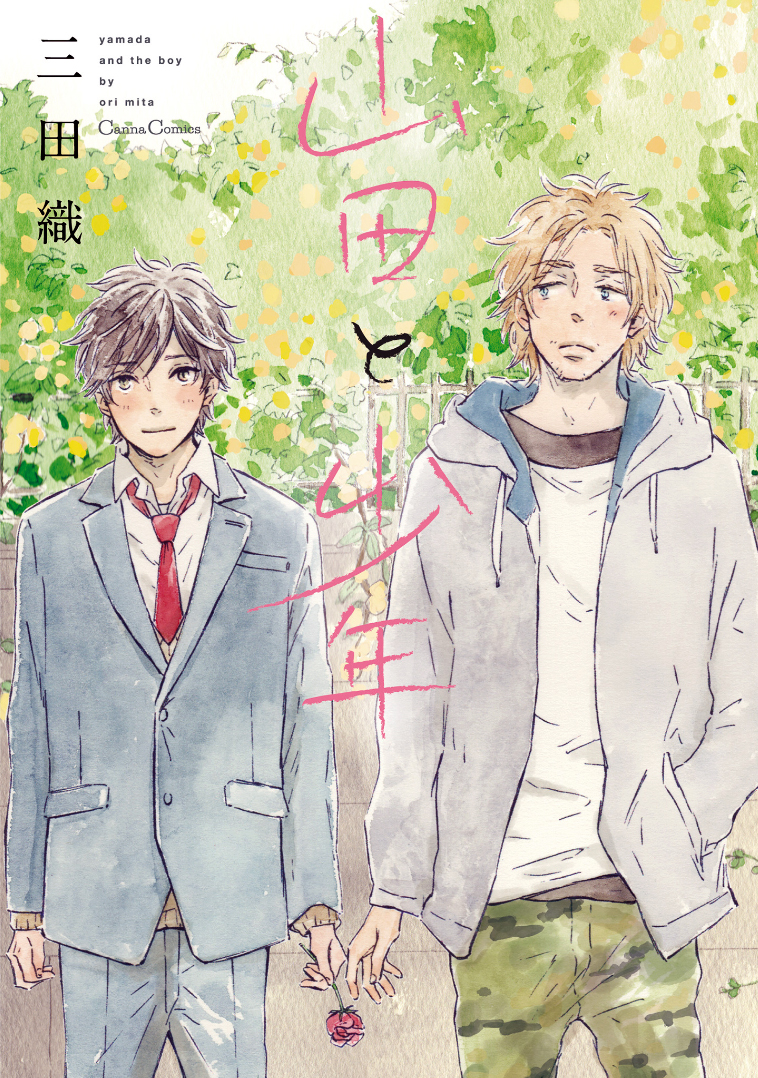 On Christmas night, on his way home from work, Yamada (age 26) picked up the drunk and crying high schooler Chihiro - a boy worried about his attraction to those of the same sex… A straight working man, and a gay high school student. In this long-awaited work from artist Ori Mito, a spontaneous meeting between two people blooms into a romance that transcends gender. This series has been published in Japan since 2013 which Japanese title name is "Yamada to Shounen" **Available in English:** [Amazon Kindle](https://www.amazon.com/dp/B07N6LTWY4) [Book Walker](https://global.bookwalker.jp/deea855c4e-2c6a-4e47-85a6-d9edc8e18422/yamada-and-the-boy-yaoi-manga-volume-1/) [Comixology](https://www.comixology.com/YAMADA-AND-THE-BOY-Yaoi-Manga/comics-series/128842) [Google Play](https://play.google.com/store/books/details/ORI_MITA_YAMADA_AND_THE_BOY_Yaoi_Manga?id=NTaGDwAAQBAJ) [Kobo](https://www.kobo.com/us/en/ebook/and-the-boy-yaoi-manga-3) [NOOK](https://www.barnesandnoble.com/w/yamada-and-the-boy-ori-mita/1130409641) 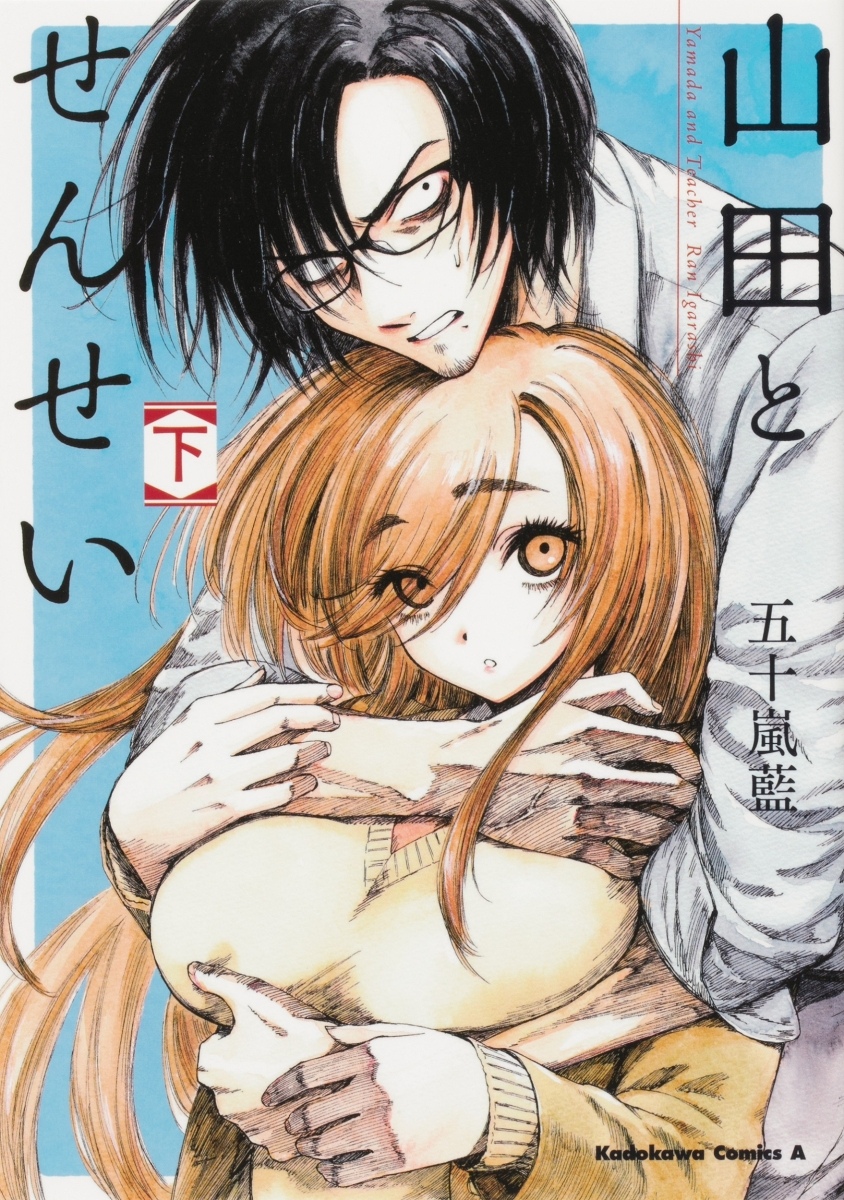 Yamada, a kind-hearted and well endowed high school girl, comes across Takahashi, a high school teacher, who was taking a nap near the forest as he's got a lot on his mind. Lost in their own little world, Yamada helps unravel Takahashi's troubles with her soothing kindness… 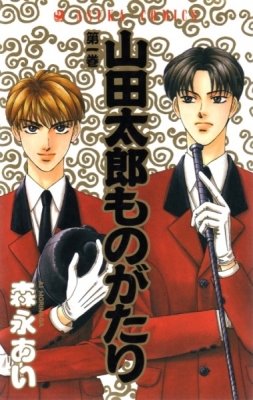 A smart, athletic, kind bishonen attending rich kids' high school, Taro Yamada seems perfect... except that he's actually dirt poor, living in a shack with 6 younger siblings and a mother with no sense of money and a perpetually absent artist of a father. Taro's main worry is putting bread on the table. He relies on bento (lunch boxes) that girls in love give him, works multiple jobs, and even has a "pet" dog for desperate times... Every day is a lesson in survival for the Yamadas. (Source: ANN) 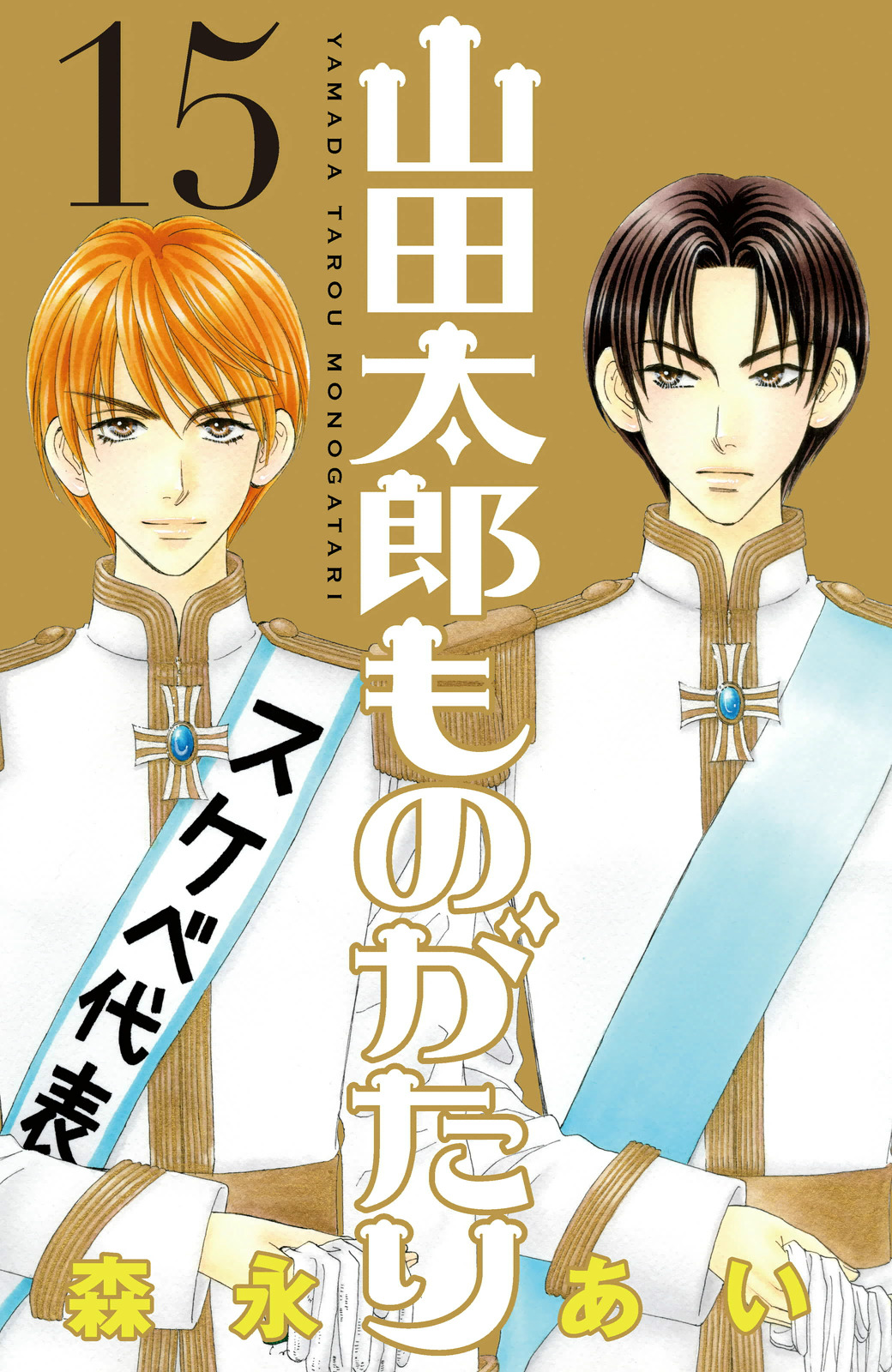 The Tale of Taro Yamada

With their father going away for an extended time without any warning whatsoever, the Yamadas have to get by on their own. Tarou, the eldest son, carries the biggest burden of all: supporting his large family. Of course, Tarou's money problems are overshadowed by his appearance, as many girls and even guys trample all over each other to get his attention. Experience the joys and tears of being poor AND beautiful through the life of the Yamadas! 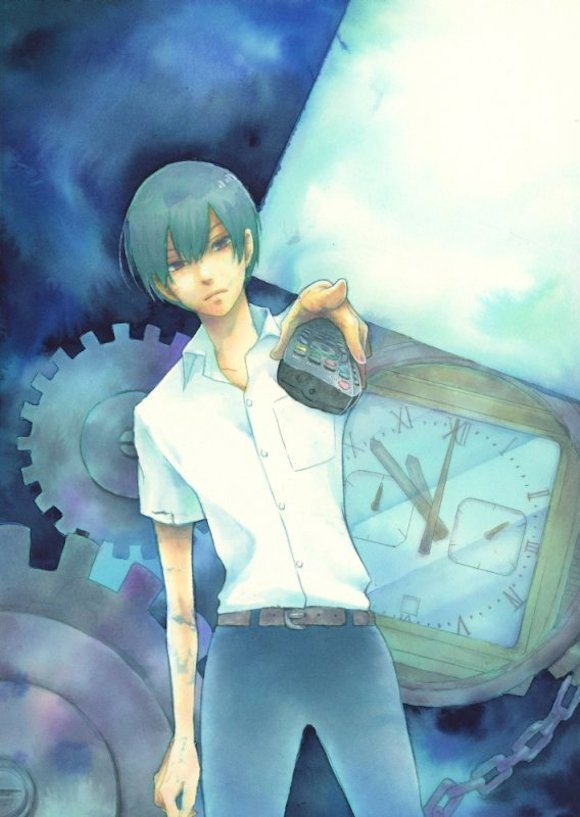 Junior high school student Yamada hates bothersome things like studying, eating, and bathing. When he discovers he can jump through time, would he be able to find the way to a perfect life? 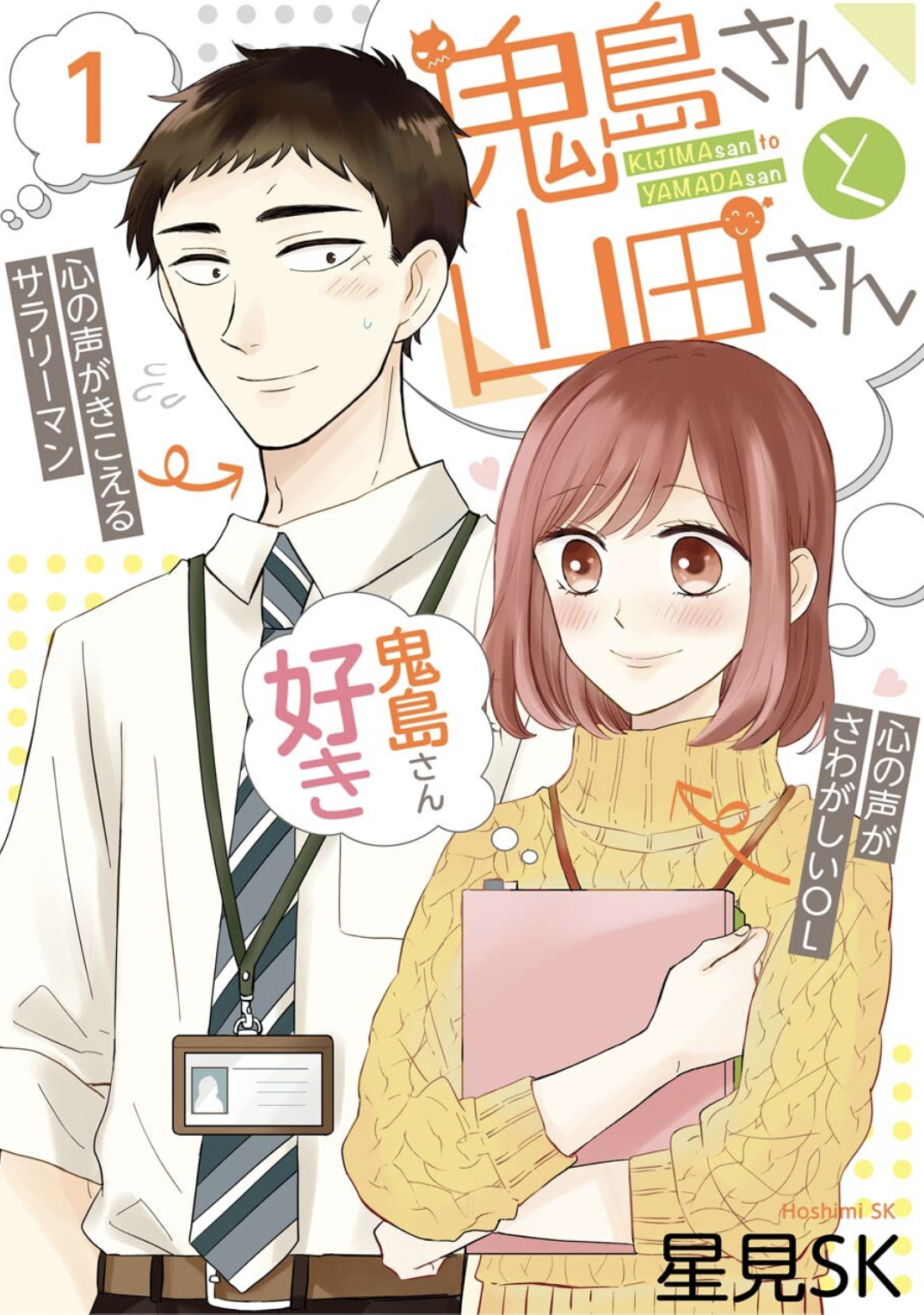 Kijima-san, who can hear people's inner voices, and Yamada-san, whose inner voice is very loud. Kijima-san happened to hear Yamada-san's inner voice gushing about her love everyday at work. As time passed, he was charmed by her bright and warm personality. He can hear her heart, but he can't proceed. However, he can't hold back his feelings! A blossoming romance can be heard!!! 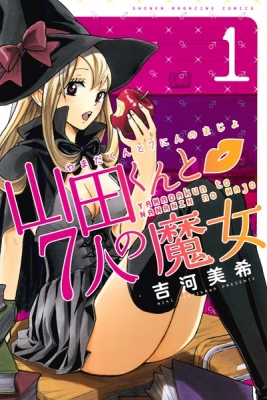 Yamada-kun and the Seven Witches

A junior at Suzaku High, Ryuu Yamada is infamous for being a hardliner and a delinquent. One day, after being reprimanded for his poor performance and attitude toward school, he spots Urara Shiraishi, the grade's top student. As Shiraishi is walking up the stairs, Yamada attempts to provoke her, only to trip and fall, taking her down with him. Eventually, he wakes up in the infirmary. To his surprise, he discovers that he is not in his own body. It turns out that he swapped bodies with Shiraishi, and upon confronting her, he finds out that the catalyst for the swap was an accidental kiss during the fall. With the knowledge of this new ability, Yamada's eventful high school life has just begun! [Written by MAL Rewrite] 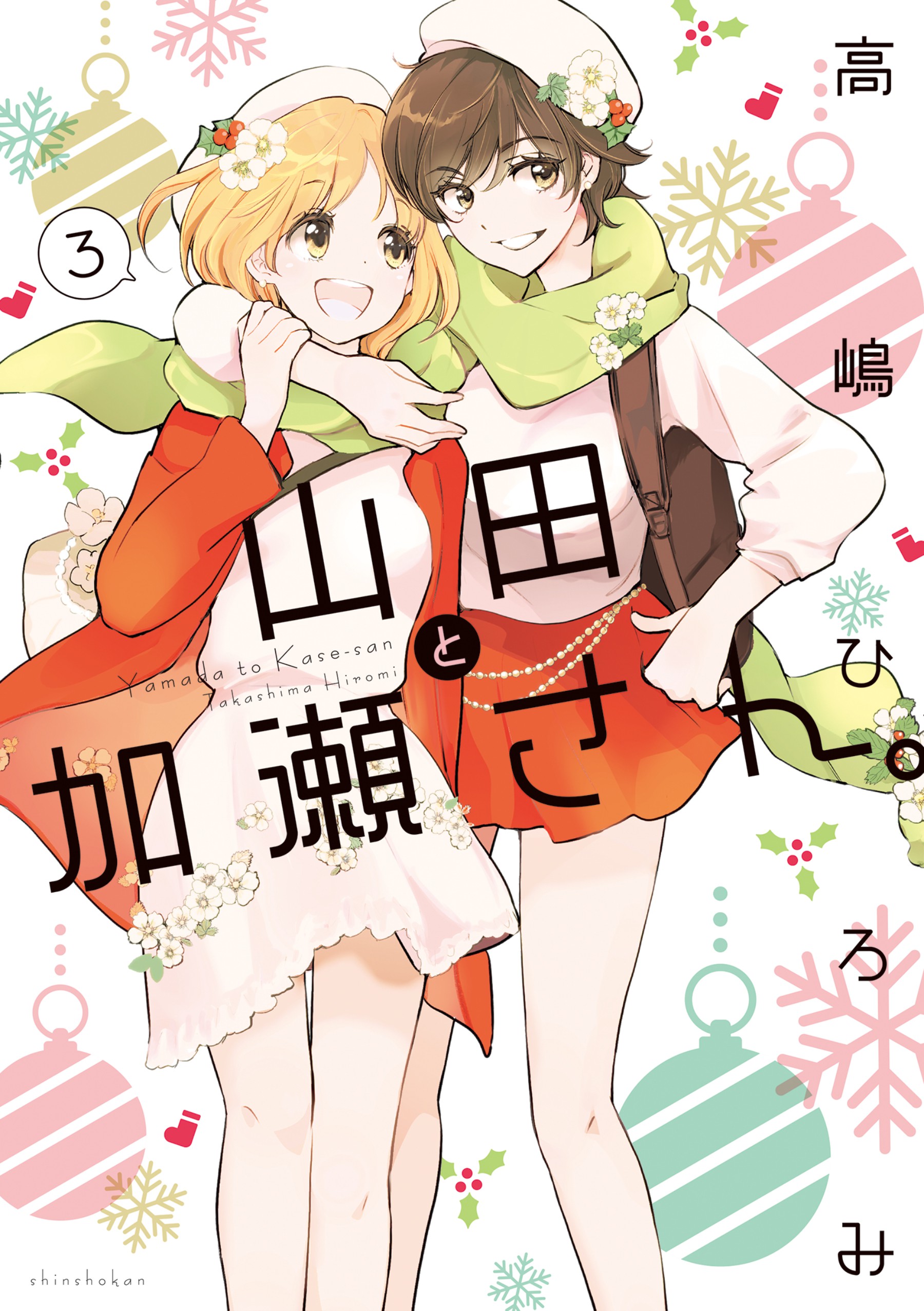 Yamada and Kase are now college freshmen living separately in Tokyo, and trying to sustain their loving relationship in an environment that is more open than what they're used to. [Official Korean Translation](https://www.bomtoon.com/comic/ep_list/napal_cace) 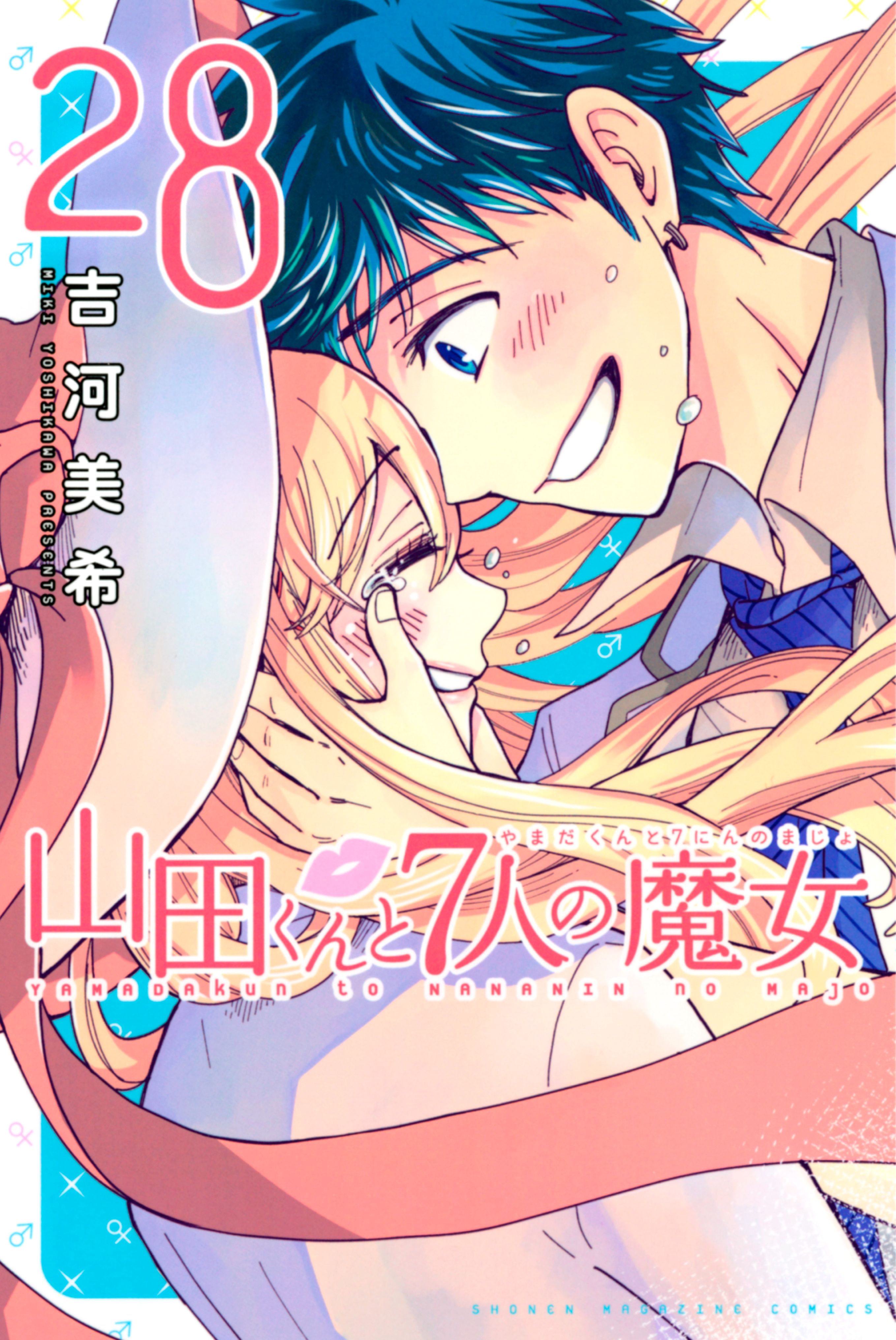 Yamada-kun to 7-nin no Majo

Ryu Yamada is a second year student at Suzaku High. Ryu is always late for school, naps in class and gets abysmal grades. His life is a dead bore. The beautiful Urara Shiraishi, on the other hand, is Suzaku High's brightest student. One day, without explanation, their bodies are swapped! Ryu ends up in Urara's body, and Urara in Ryu's. 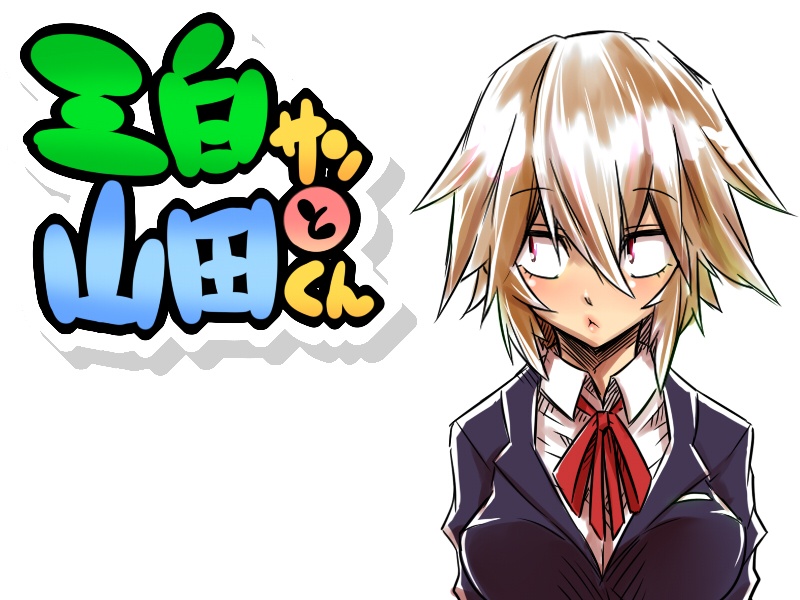 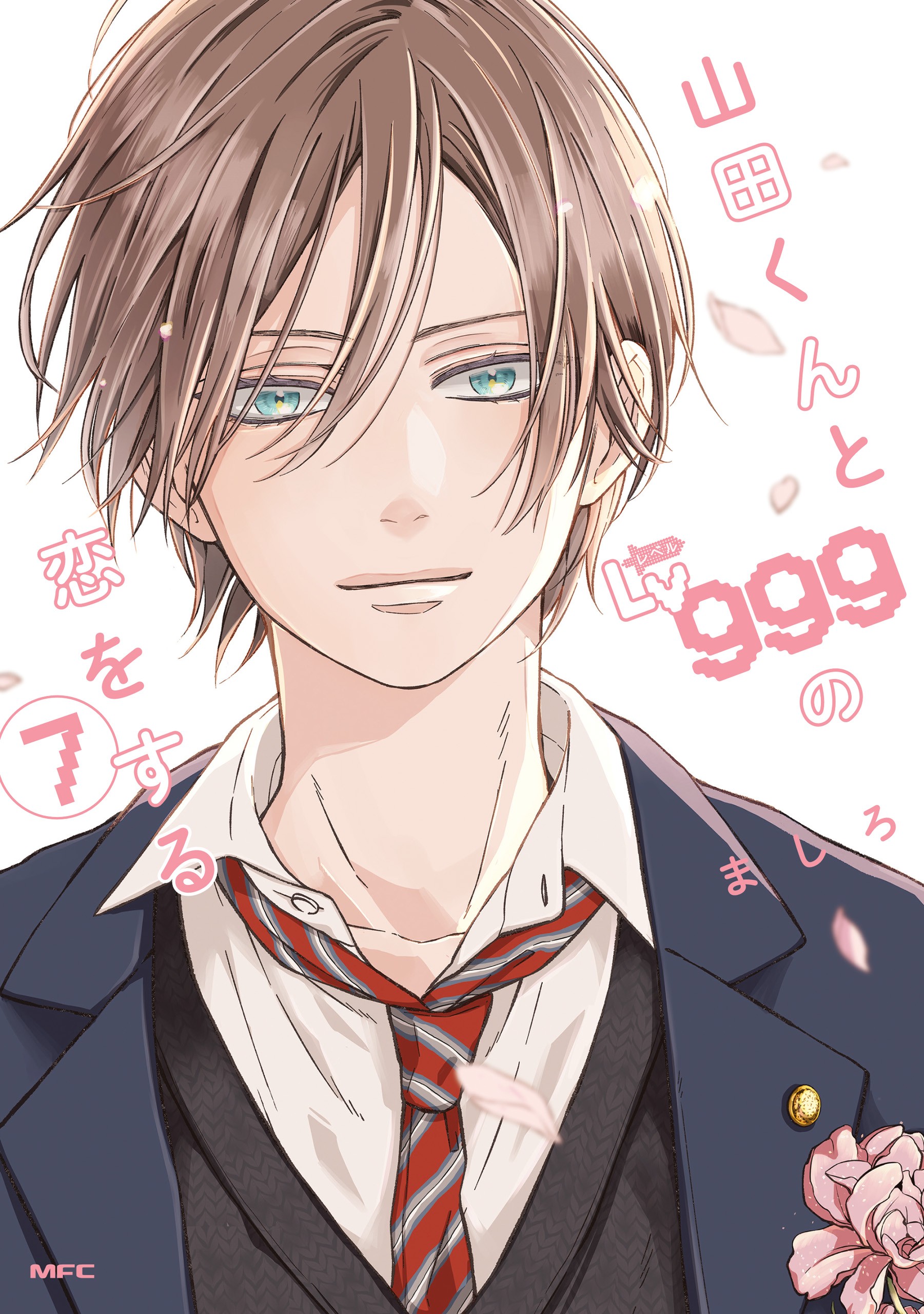 Yamada-kun to Lv999 no Koi wo Suru

Her boyfriend was stolen through an online game! During this heartbreak, she logged in to the game and met…?! 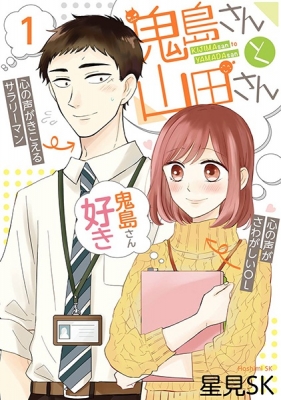 Kijima-san, who can hear people's inner voices, and Yamada-san, whose inner voice is very loud. Kijima-san happened to hear Yamada-san's inner voice gushing about her love everyday at work. As time passed, he was charmed by her bright and warm personality. He can hear her heart, but he can't proceed. However, he can't hold back his feelings! A blossoming romance can be heard! (Source: Square Enix, translated) 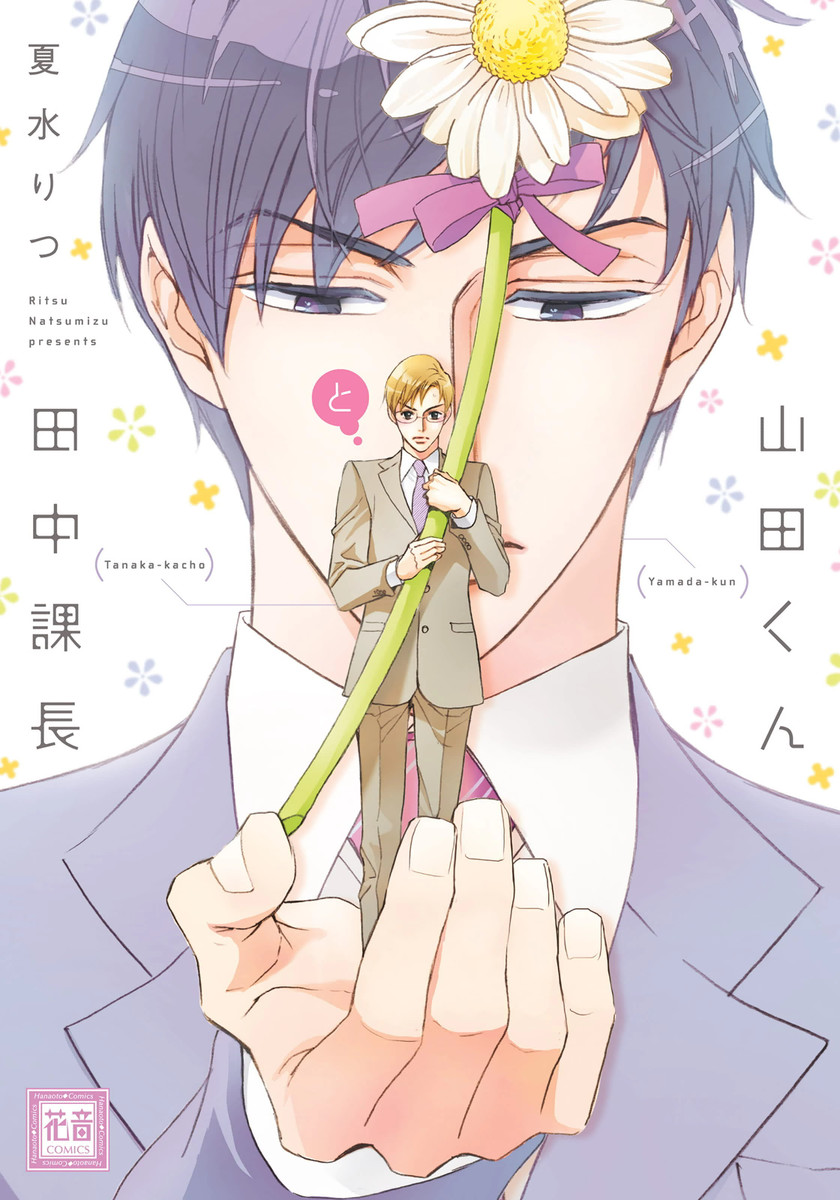 Section Chief Tanaka is a zealous 30-year-old who works for Oote Food's advertising group. Yamada, a cool subordinate, is tasked to look after Chief Tanaka and he is very much envied by his colleagues. 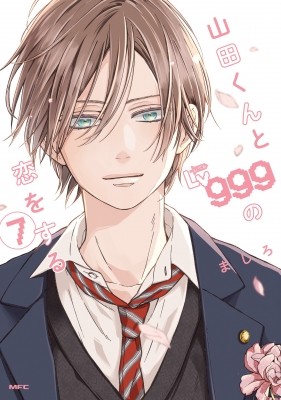 My Lv999 Love For Yamada-Kun

After her boyfriend cheats on her with another girl he met in-game, Akane Kinoshita learns the hard way that gamer boyfriends can be just as bad as the offline variety. As she vents her anger by beating mob monsters to a pulp, she has a chance encounter with Akito Yamada, a guildmate with an afro and Noh mask. Yamada is unsociable and curt, hardly the type of person to make Akane swoon. However, while his gaming stats might be maxed out, Yamada is inexperienced in matters of the heart, and against all odds, she finds herself moved by him. Making new friends along the way, can Akane shake the heart of Yamada, a final boss-level high school boy? [Written by MAL Rewrite] 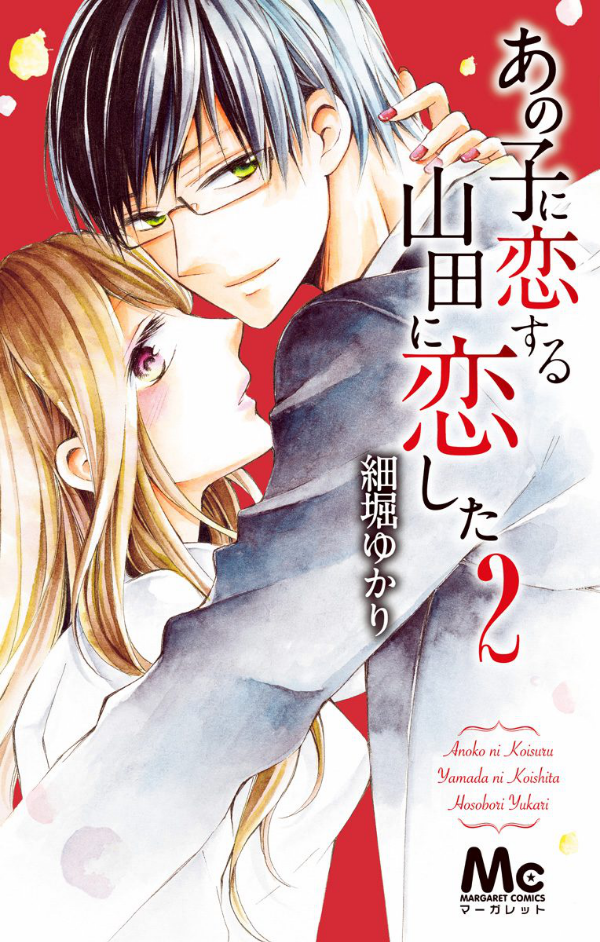 Miyu, Yamada, Akane are in a love triangle…? Miyu is in love for the first time. One day, Miyu saw Yamada, her classmate, kiss Akane-senpai!! But they're not going out, Senpai is in love with someone else?! But secretly, Yamada really likes Senpai. And Miyu can't seem to look away from Yamada… 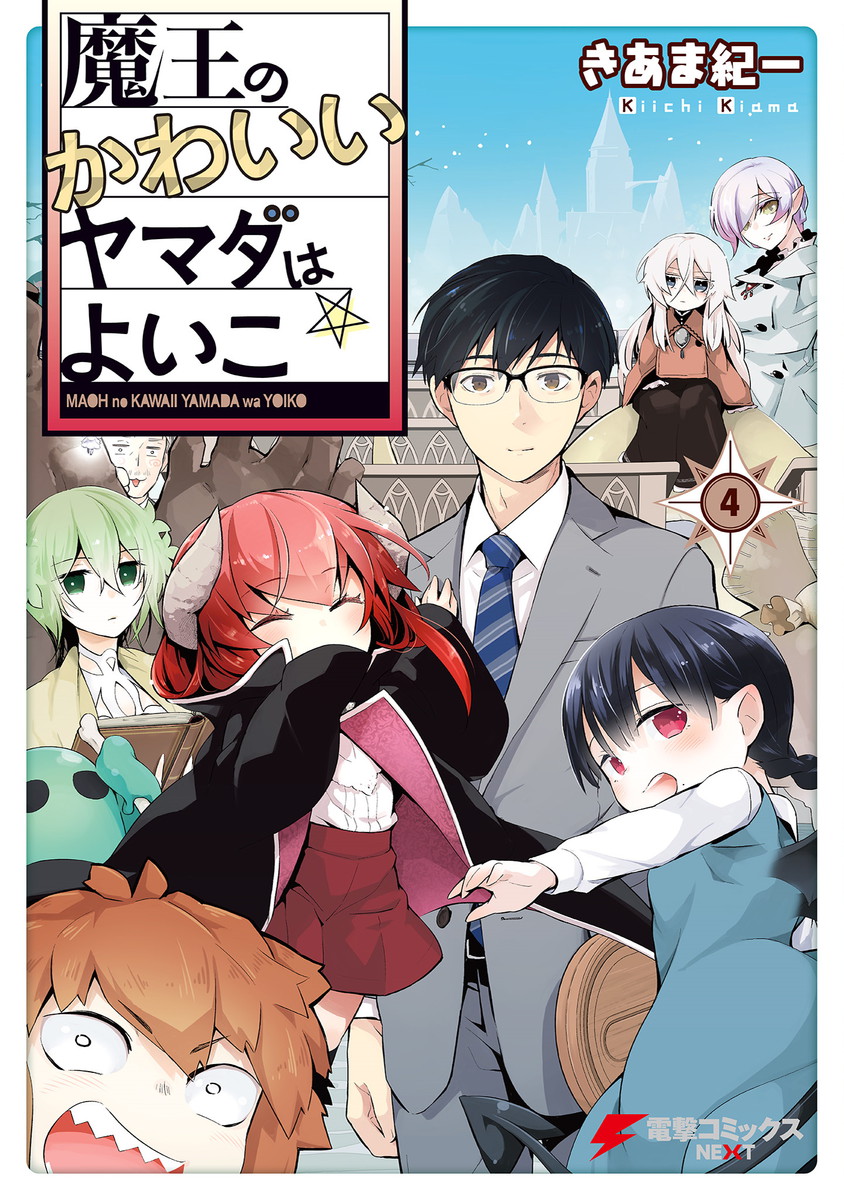 An alternate world (isekai) school gag manga. The manga follows Yamada, a company employee who is around 30, and a young demon king. 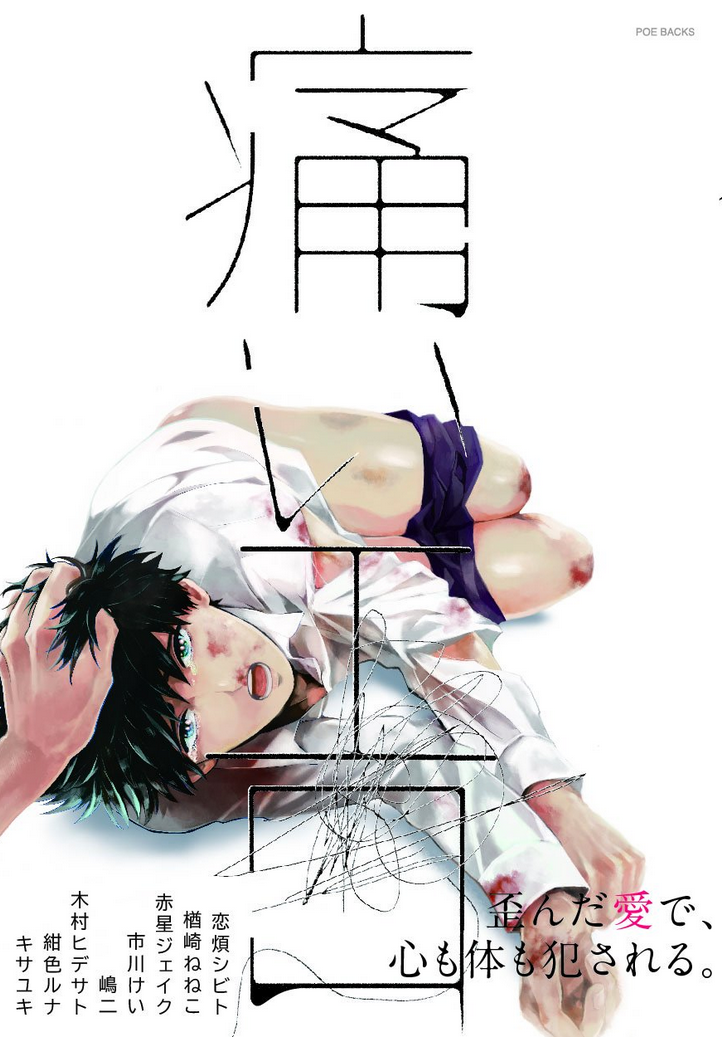 1) "Zangai wa Asatte no Hou". by Emao 2) "Zutto Zutsuu" by Moriyo 3) "Namimori Miya-chan 250yen" by Kimura Hidesato I fell in love with Miya-chan. We started going out. Because I love him, I decided to have sex with him 4) "A Robot Token" by Taratsumi John 5) "Nibiki no Gesshu" by Ido Gibou 6) "Sara Yashiki" by Kajimoto Reika 7) "Isonsei" by Kisayuki 8) "Wakarete Mosuki na Hito" by Hazu Nikko 9) "Trauma wa Moemasu Yone" by Yumuko 10) "Ai no Marking" by Yamada Rock ?You?re my number one. Is that not enough for you? 11) "Koi to wa Itai Mono Desu ne" by Akazaki Yuki 12) "Itami wa Aidesu!" by Susugu 13) "Erotomania" by Narazaki Neneko 14) "Shinkokuna Error ga Hassei Shimashita" by Akahoshi Jake 15) "Soshitsu Ari!" by Shibito Koiwazurai 16) "Kimi no Koibito no Hanashi" by Isaka Juugorou 17) "Test Play" by Ichikawa Kei A couple's relaxed routine is disrupted when the one partner proposes a new kind of play. To his surprise, his significant other discovers a higher affinity to his role than expected. 18) "Iyayo Iyayo mo Wari to Yoi Toki ga Aru" by Mamemu 19) "Gogo 11-ji 15-bu Ashi no Summer" by Purugaria 20) "Roomshare no Hajimekata" by Nick/Nikku 21) "Yoake no Shiroi Milk" by Kagurazaka Hanko 22) "Itakute Moeru Kanbyou Ecchi no Susume" by Sasaki Ima 23) "Aitsu wa Kirawarete iru" by Puruchome 24) "Honjitsu no Loser" by Kasu 25) "Yasashii Itami" by Hasumi Shiro 27) "Koppa Mijin" by Shimaji 28) "Sekai de Ichiban Itoshiteru" by Konjiki Runa 29) "Yoiko no Asobi" by Sunako 30) "Akuheki Logic" by Yunopanchako 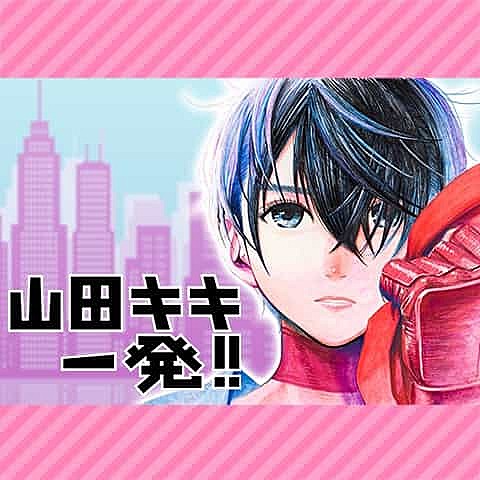