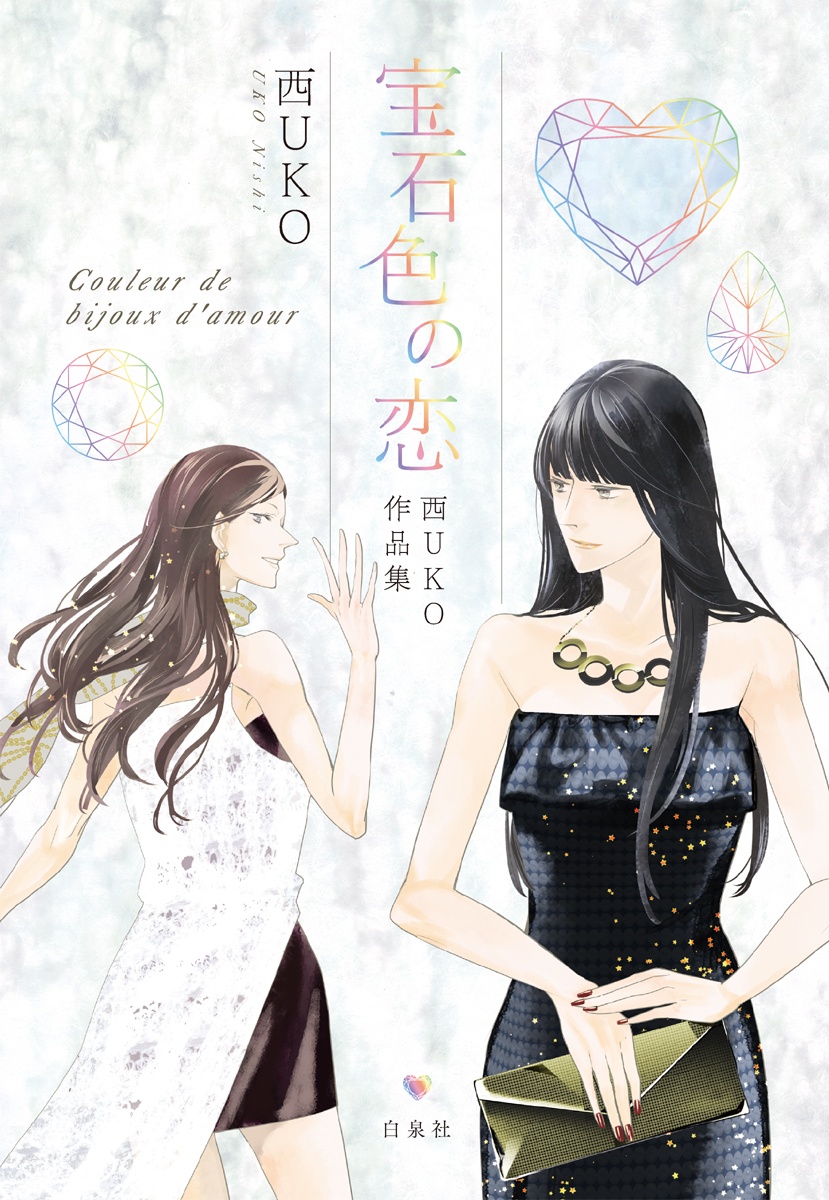 A collection of oneshots. - 777 - demande About the worth of an object. - Love Magnet / Koi-Onna About the woman from "Multiplying Lights," "Infinite 20 Minutes," and ".925." - the OL cafe - Roulette Two women find a way to pass the time while waiting to cross the street. - Mio Post The protagonist wants to find out more about a woman she sees on the train. - Parfum A woman distracts her lover. - P. V. About an indecisive woman. - Mannequin An artist who makes mannequins seems too closely attached to her work. - Baby You A woman considers whether to date her co-worker. - To Meet A sumptuous story of the relationship of two women. What is it “to meet”? What does “each other” mean? - Topaze Two women remember a certain dessert. - Infinite 20 Minutes A woman has a lover who comes very infrequently. When the woman finds out that the lover loves Marlboros, she stocks up on them in an attempt to make her lover visit more frequently. - Multiplying Lights A simple lighter sheds light on a relationship between two women. - .925 A woman proposes to her lover, but? - Up and Down A college student gets to know her new neighbor. - helter-skelter A sequel to "Up and Down." The neighbors decide to go to a public bath. 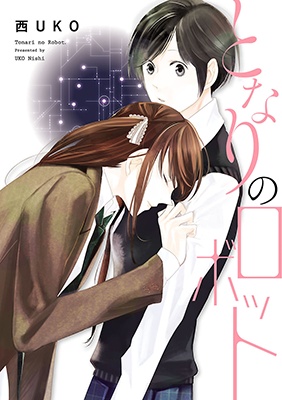 In an ordinary neighborhood, a team of engineers are developing a robot they call Praha, who looks like an ordinary human high school girl. Chika, a 4-year-old girl who lives next door, meets her neighbor and learns her secret. Years later the two girls become friends and high school classmates, and Chika teaches Hiro—as she calls Praha—about human emotions, including love. 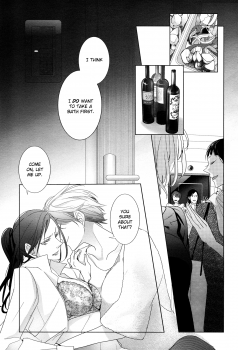 A very short oneshot about taste, using the relationship between two women as a case study. 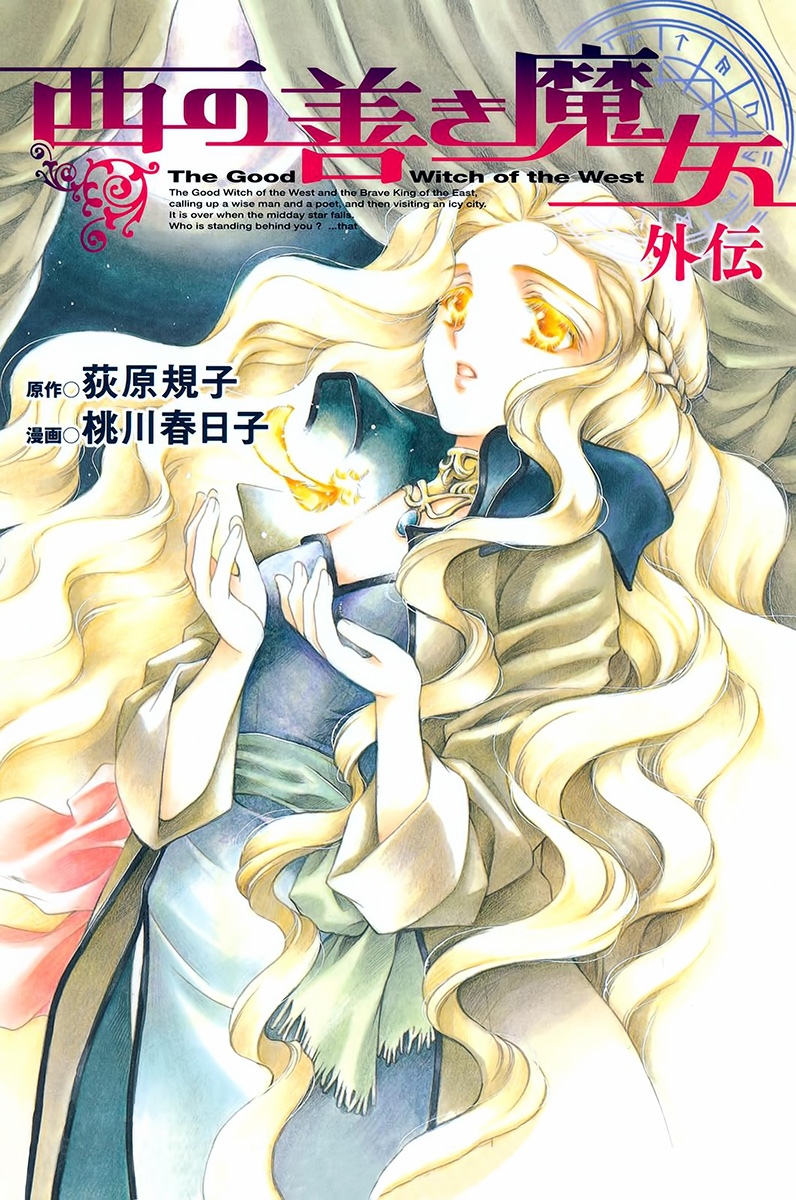 Side story of Nishi no Yoki Majo, focusing on Adale. 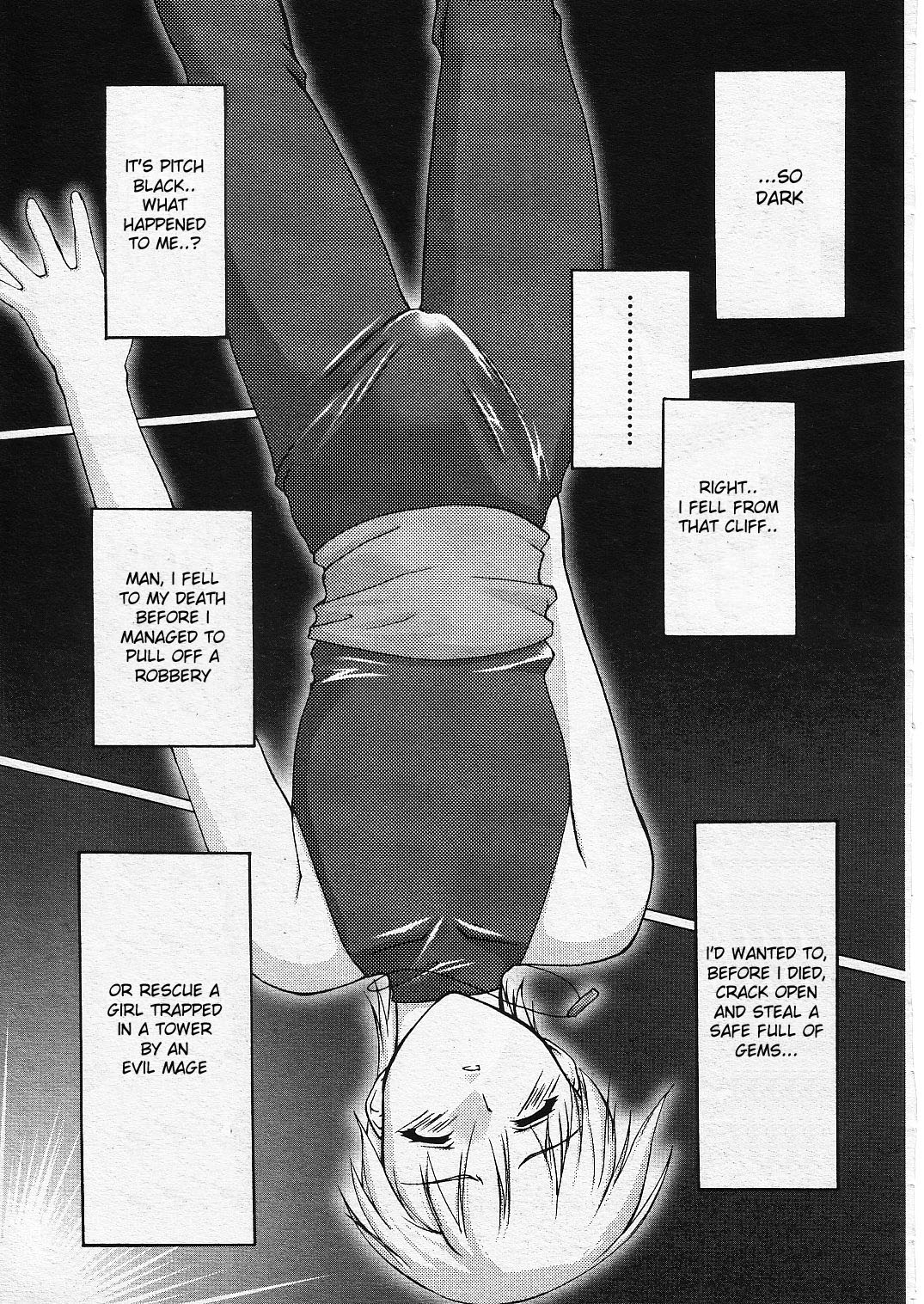 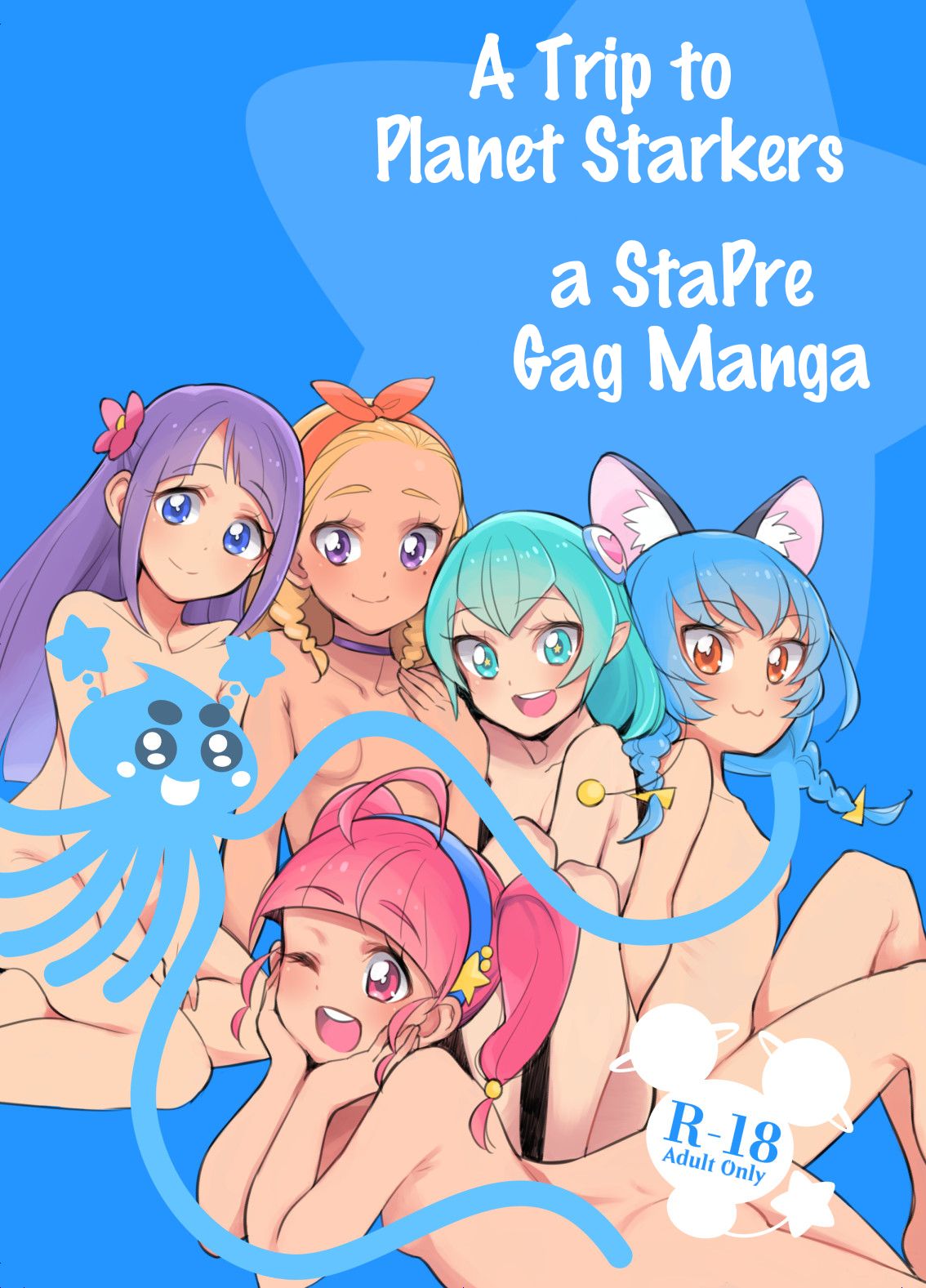 The story is set in a world with a mysterious phenomenon known as "flow," and features two people (and one cat) who make a living dealing with it. 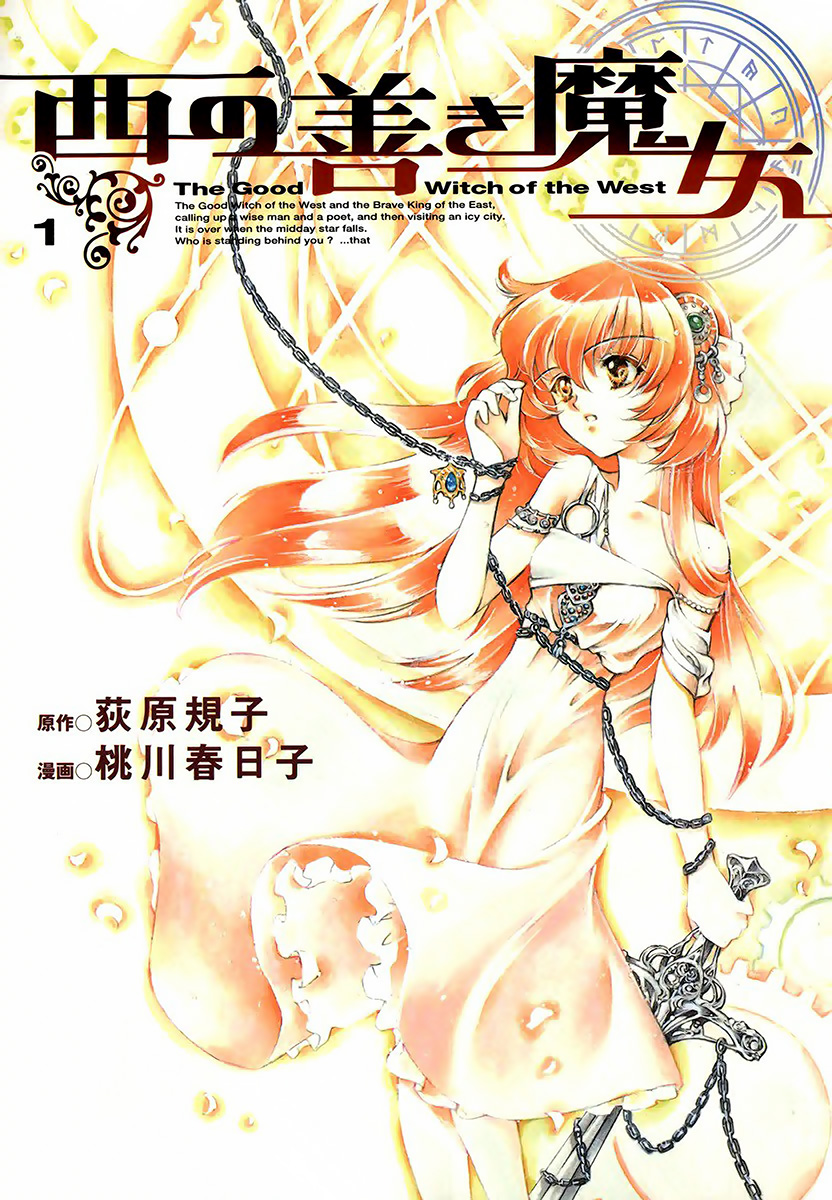 Firiel Dee is a 15 year old girl who lives with her poor foster parents in the remote mountain highlands of Sera Field. One day, she is invited to go to a ball, only to discover that she might be the heir to the throne. Soon, Firiel and her friends decide to partake in a quest for the truth, unaware of the dangers that await them. 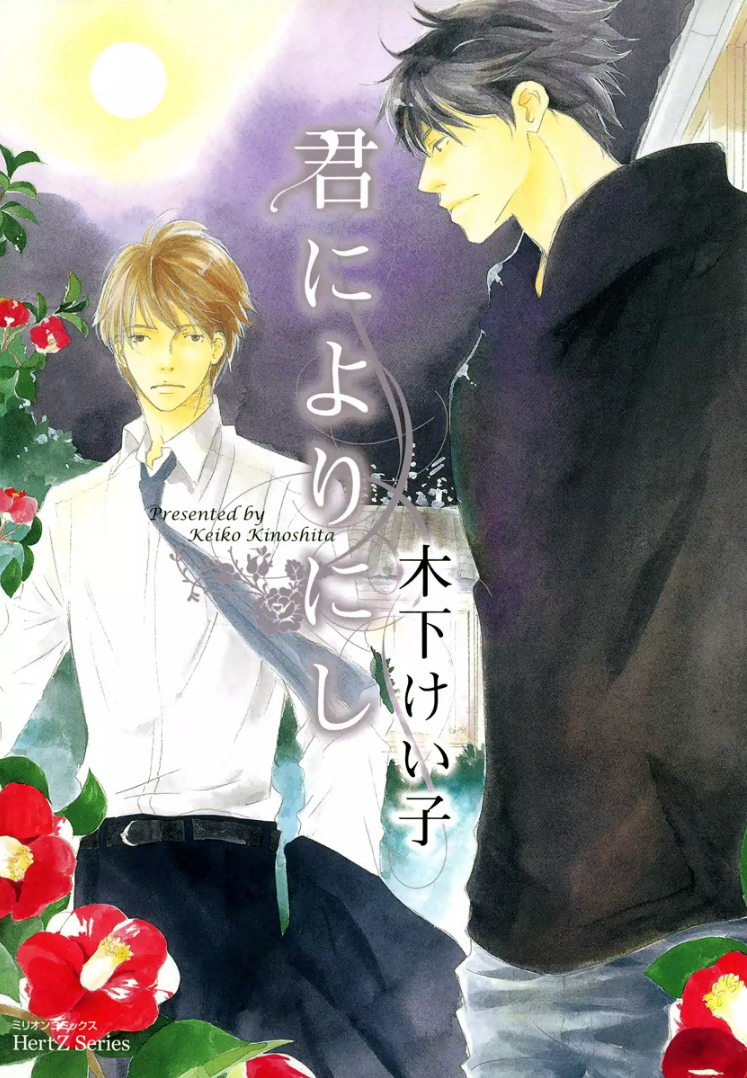 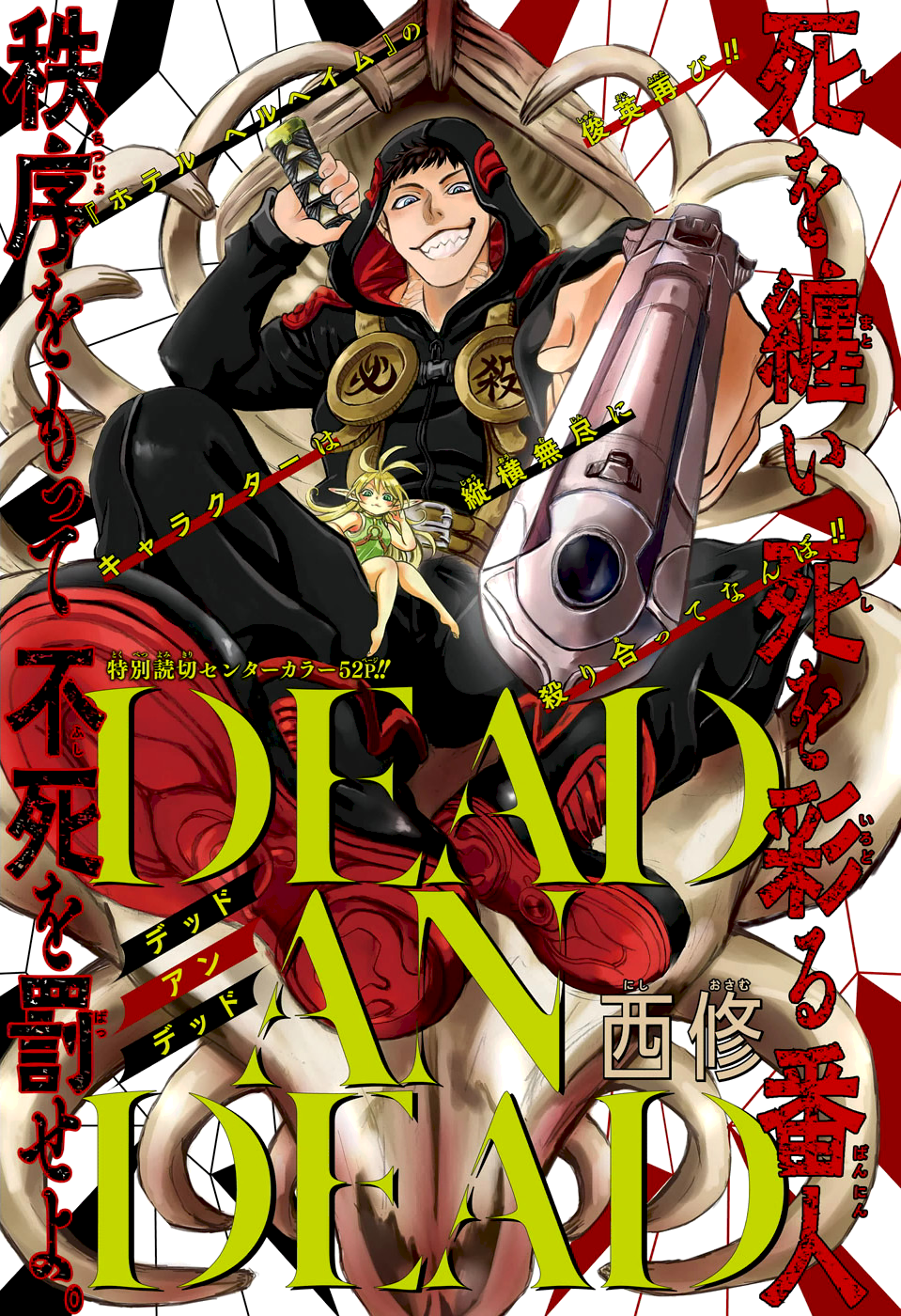 Arcaspia, the "world of creatures," is home to all manner of mythical and fantastic beings - including the undead. To maintain order in Arcaspia and enforce laws upon these dangerous individuals, the Dead an Dead organization was formed. Notorious Dead an Dead agent number 666 Nico Alsbarn (colloquially known as "Legs Russo" for his perpetually blood-stained legs) takes on an undead invasion in this oneshot by Osamu Nishi! 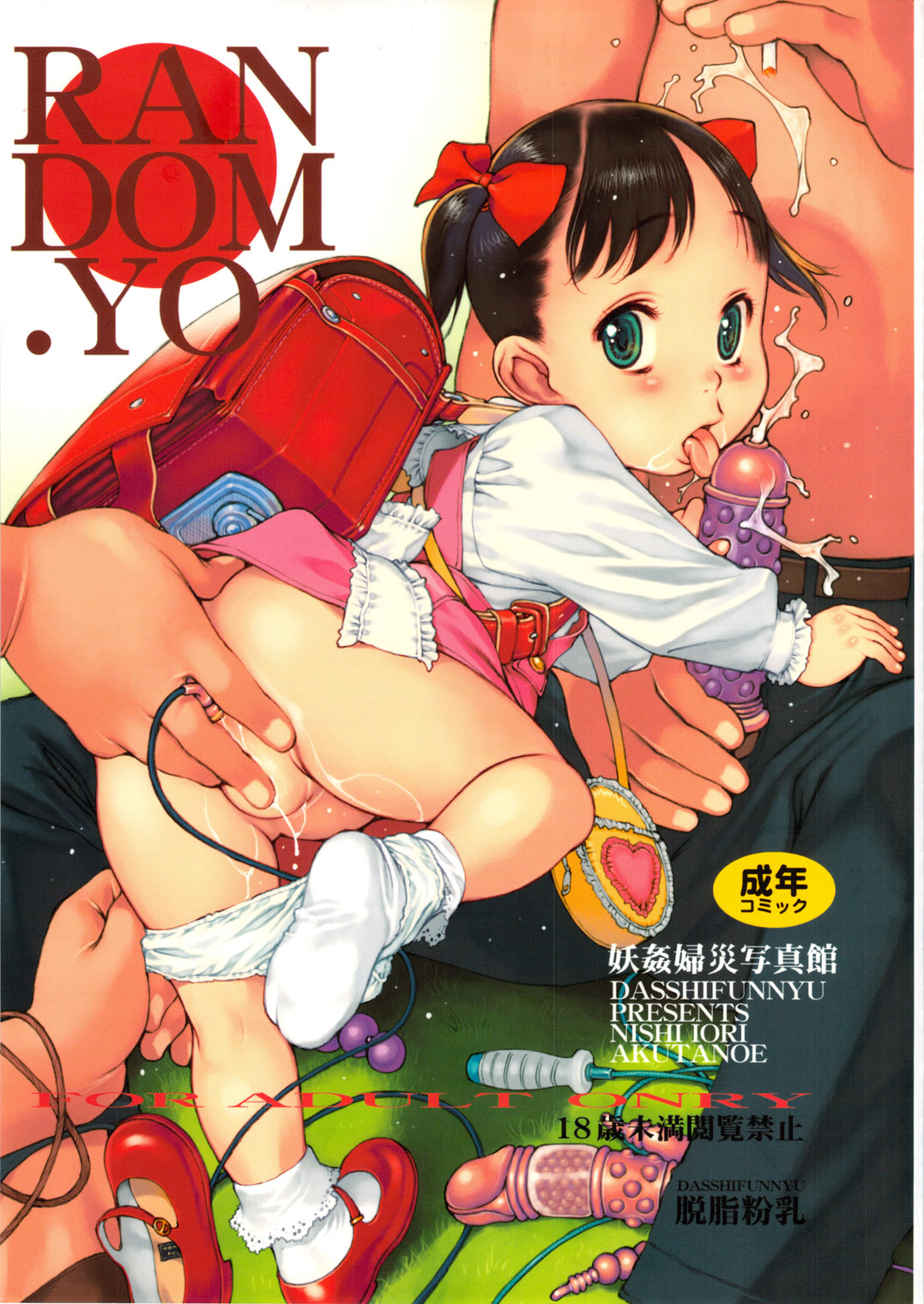 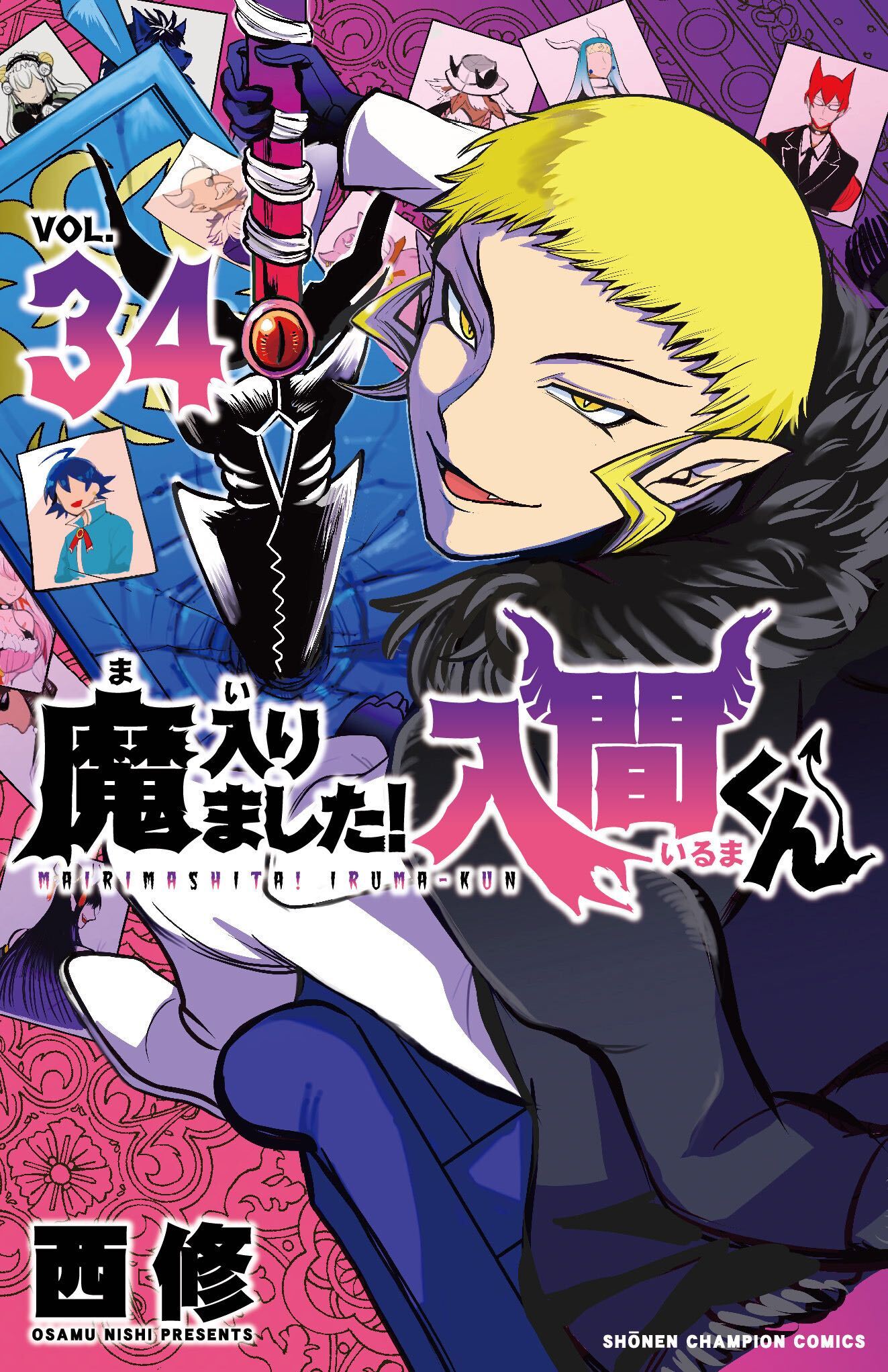 Iruma Suzuki, fourteen years old, can’t say no to any request. His irresponsible parents make him work dangerous job after dangerous job to support them, and then one day they sell him to a demon! But, much to his surprise, the demon wants to adopt Iruma as his grandson? Unable to refuse his request, Iruma becomes the grandson of the great demon Sullivan. His new doting demon grandfather enrolls him in Demon School Babyls – where Sullivan is coincidentally the principal. Thus begins Iruma-kun's extraordinary school life among the otherworldly, meeting many colorful demons, taking on daunting challenges, and facing his true self as he rises to become someone great. Cozy magical slice of life with occasional urban terrorism. - [Official Manga Twitter](<https://twitter.com/wc_mairuma>) 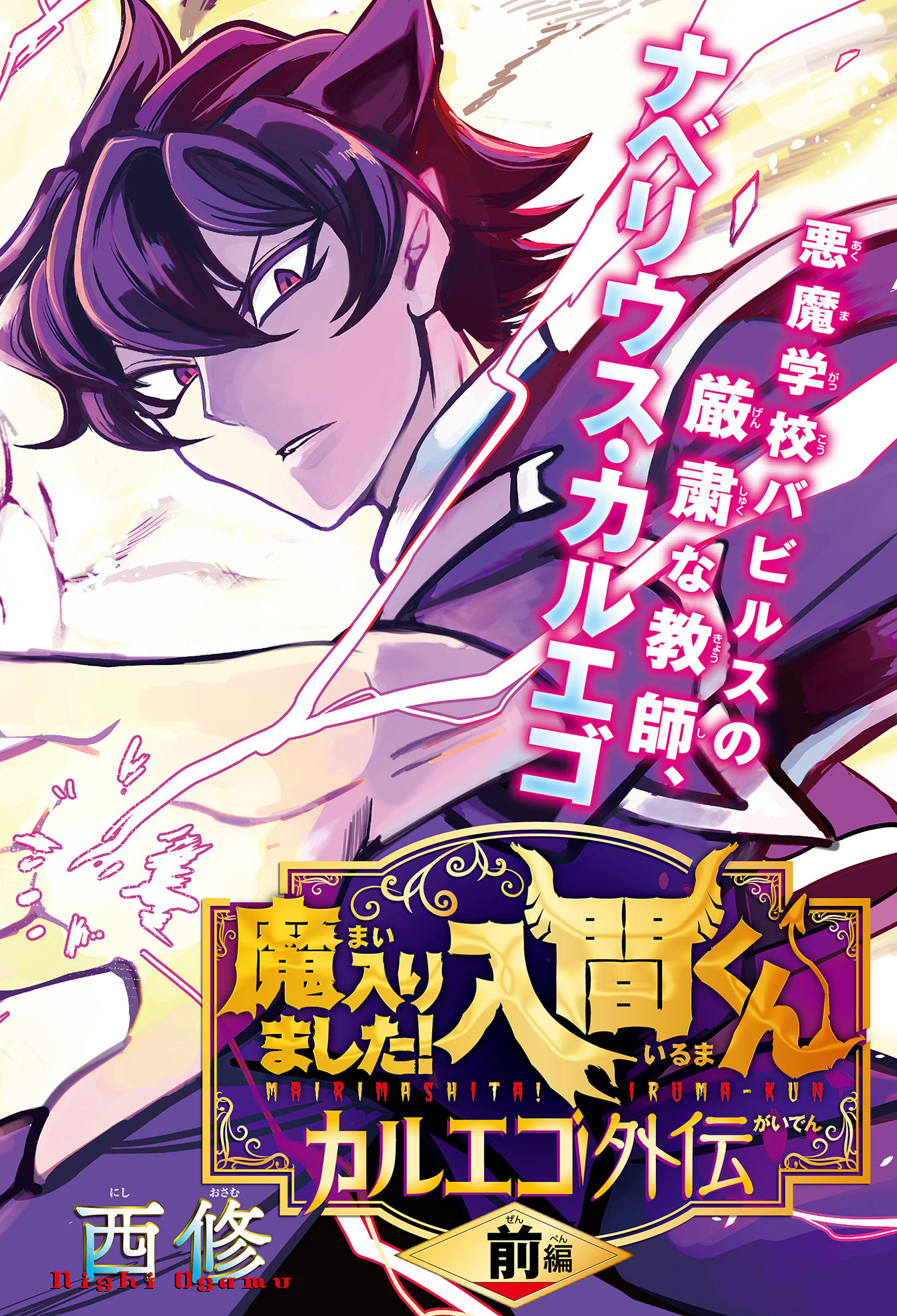 A special, two-part side story manga set in the world of *Mairimashita! Iruma-kun*, focusing on Naberius Kalego during his days as a student of Babyls Demon School. 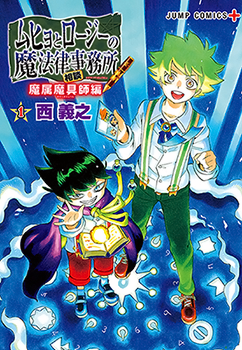 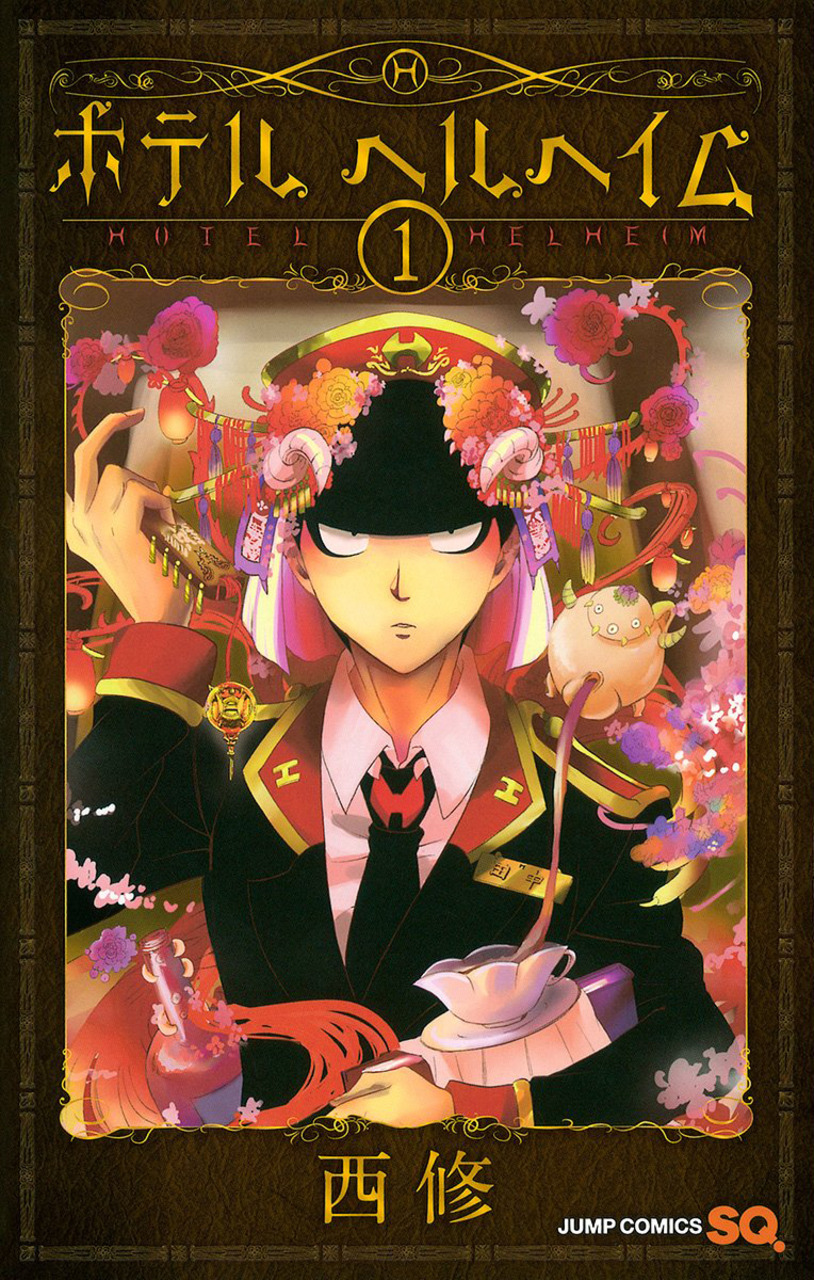 Tanaka-san is a legendary hotel man (concierge), and after his death, he became a legend in the underworld. In the underworld, Mei works at the dilapidated Hotel Helheim. It was once a glorious hotel, and one where Mei has many fond memories. One day, Tanaka-san appears, ready to restore the Hotel Helheim to its former success. Mei will become the famous Tanaka-san's assistant, as he works to make Hotel Helheim a top-class underworld hotel! *Originally published in Jump Square as a 3-volume series from November 2014 to September 2015, the series was later republished under the Shonen Champion Comics label from December 2019 to January 2020. The volume count reflects the republished version, as it is the only one currently available.* 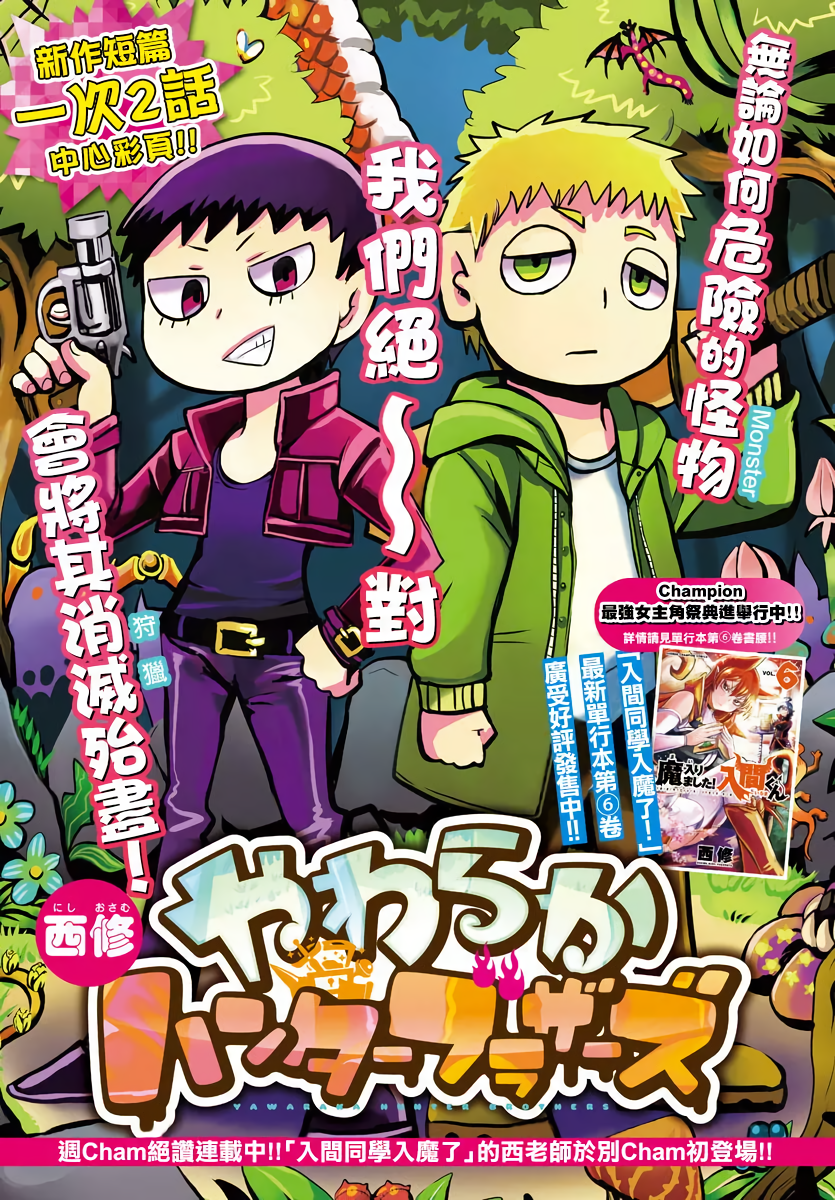 They'll hunt any monster gently, no matter how dangerous!! Gold and Silver are the expert hunter brothers! 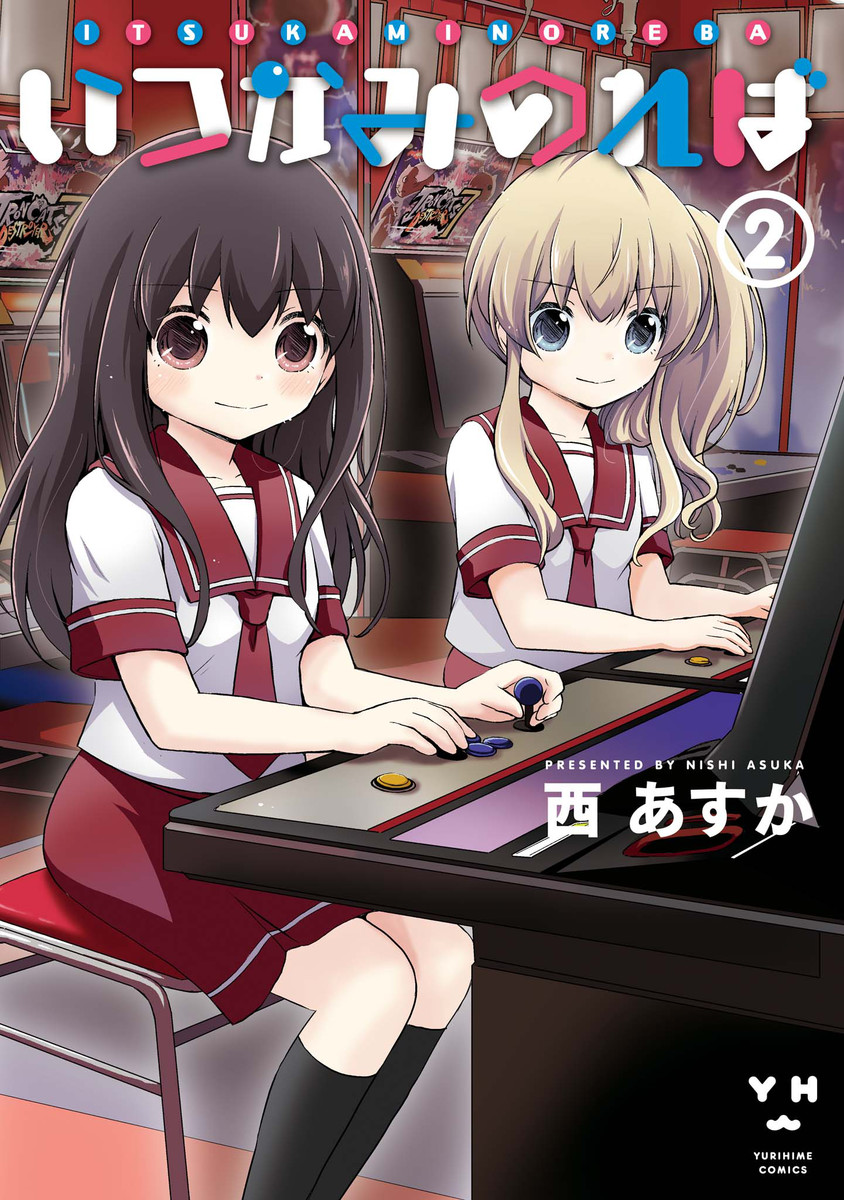 Someday, We'll Get There

Minoru's parents want to move to Las Vegas so her father can have a last shot at his fighting career. Minoru has recently started at high school and doesn't really feel like leaving Japan, although she doesn't have much reason to stay either. While feeling down about the choice, she follows a girl from her school into an arcade out of curiosity. Minoru ends up playing against the girl at a fighting game. The girl introduces herself as Shijou and explains that she's aiming to become a pro-gamer. Shijou recognizes that Minoru has talent and invites her to team up with her. 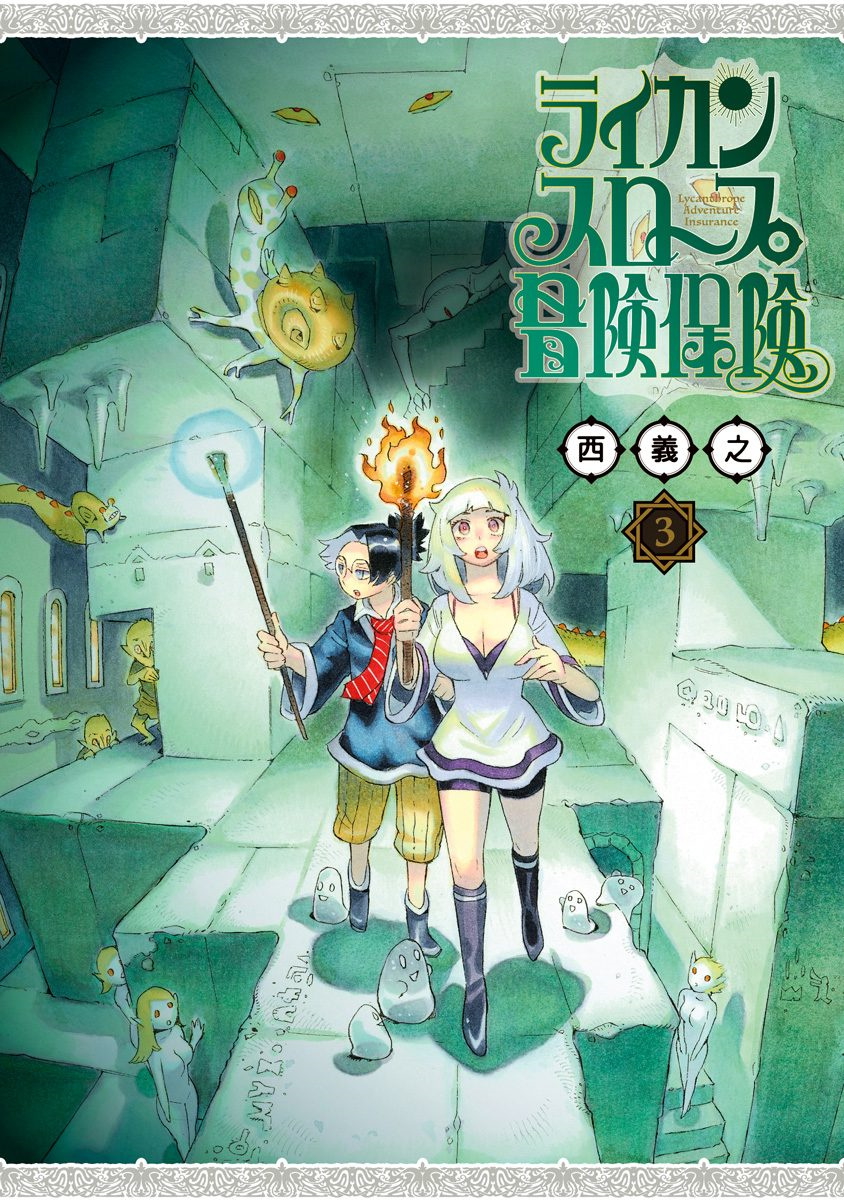 Set in a fantasy world of swords and magic, the story centers on the titular Lycanthrope Adventure Insurance company. This company provides insurance and support to adventurers taking on the risk of going on a journey and finding a path through the darkness. 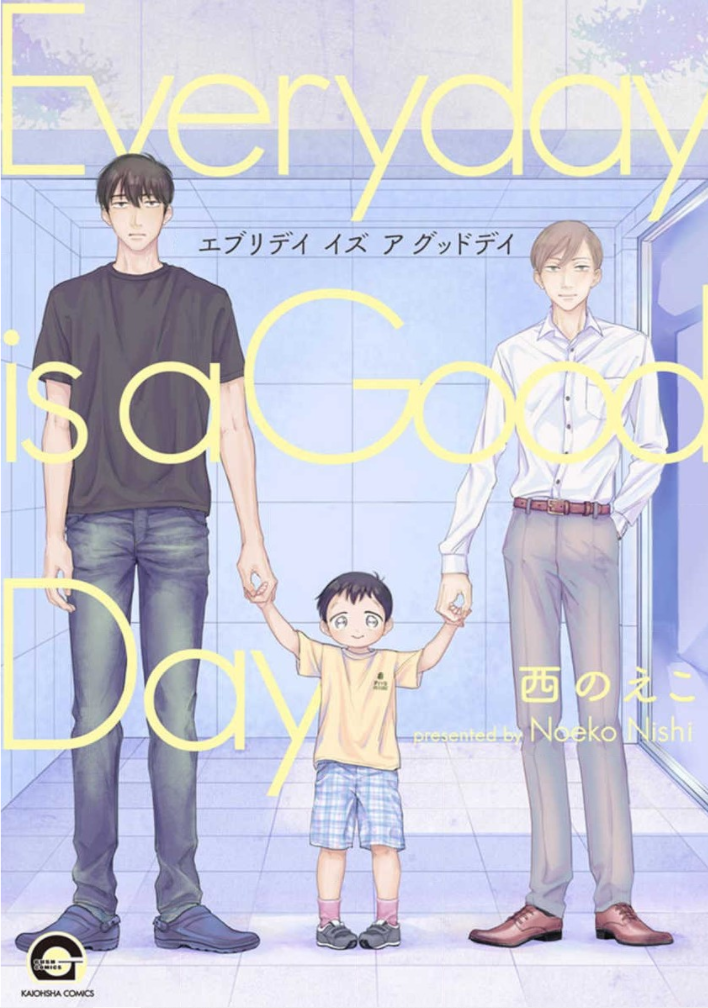 Everyday Is a Good Day

It's been a year since Toki lost his twin sister in an accident. Toki is still dealing with the pain, but while his parents are away on a trip, he must now also take care of his orphaned nephew, who hasn’t spoken a word since losing both of his parents. While Toki struggles to raise a child, his friend’s younger brother Chihiro, starts giving a helping hand. How will these 3 people become a temporary family? 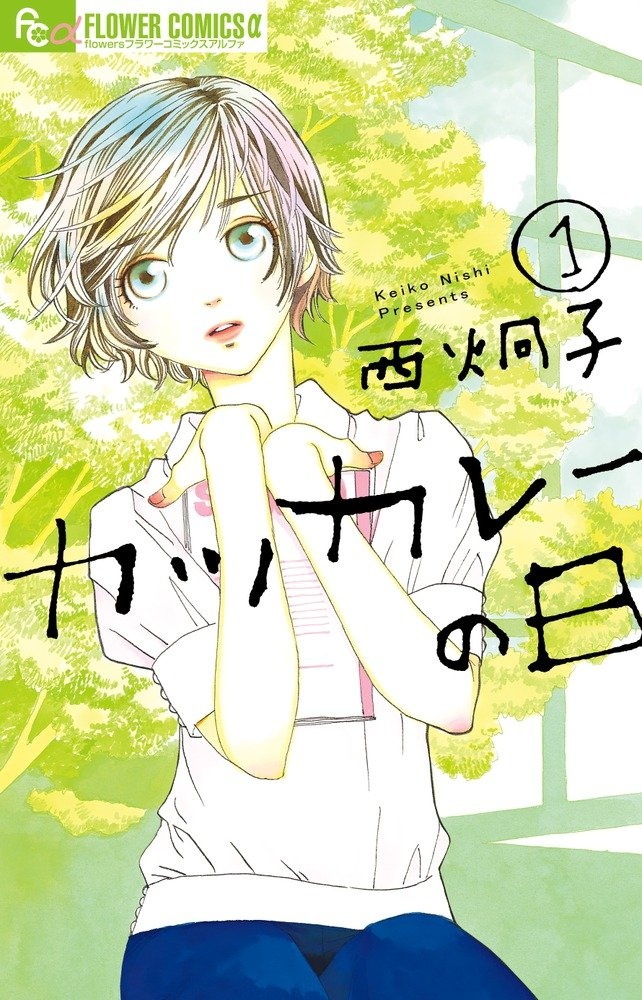 The manga centers around Miyuki, a 28-year-old office worker who has just broken up with the boyfriend she was living with, and begins trying arranged dates. She finds no one she's interested in, and randomly writes her scattered thoughts inside a notebook at a reading cafe. Later, she finds that a man she doesn't know has made a sharply-written reply in the same notebook, and they begin to converse in this way. [ANN] 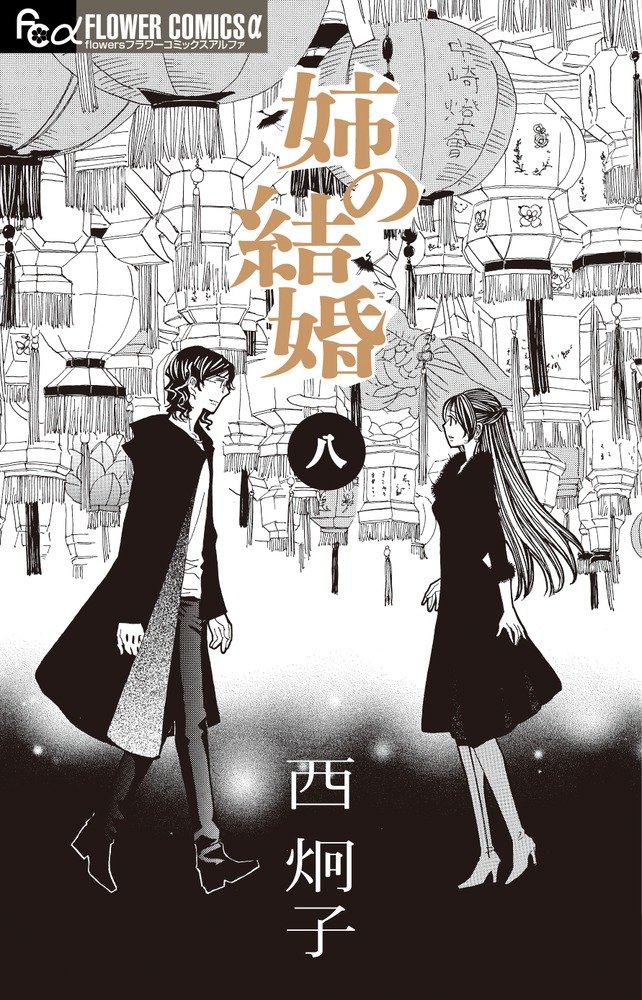 Yori Iwatani is close to her 40s and is giving up on love and marriage. She has decided to live a quiet solitary life in her hometown. But when a handsome former classmate appears, things change for her.

"Hurry up and let me put it into you, Kokoro." My contract husband, who doesn't look reliable, actually has his appearance, lust, and carnivorous stats at max level?! His long fingers and tongue relentlessly attack deep inside me… Kokoro, a 28-year-old woman with no job nor boyfriend, is currently marriage hunting with zero motivation. However, she was suddenly proposed to by a plain man who called out to her out of nowhere?! He wasn't her type, but… while in a daze, they registered their marriage, moved in together, and even had their first night! Kokoro resisted, but he said to her, "You can't run anyway, so why not accept it?" His attitude took a 180 degree turn… His true face, when his glasses are taken off, is sadistic… and hot. As her private parts were attacked over and over with squelches ringing through the room, she couldn't bear it anymore! Furthermore, his thing which had gotten big pushed against her that place, and thus… 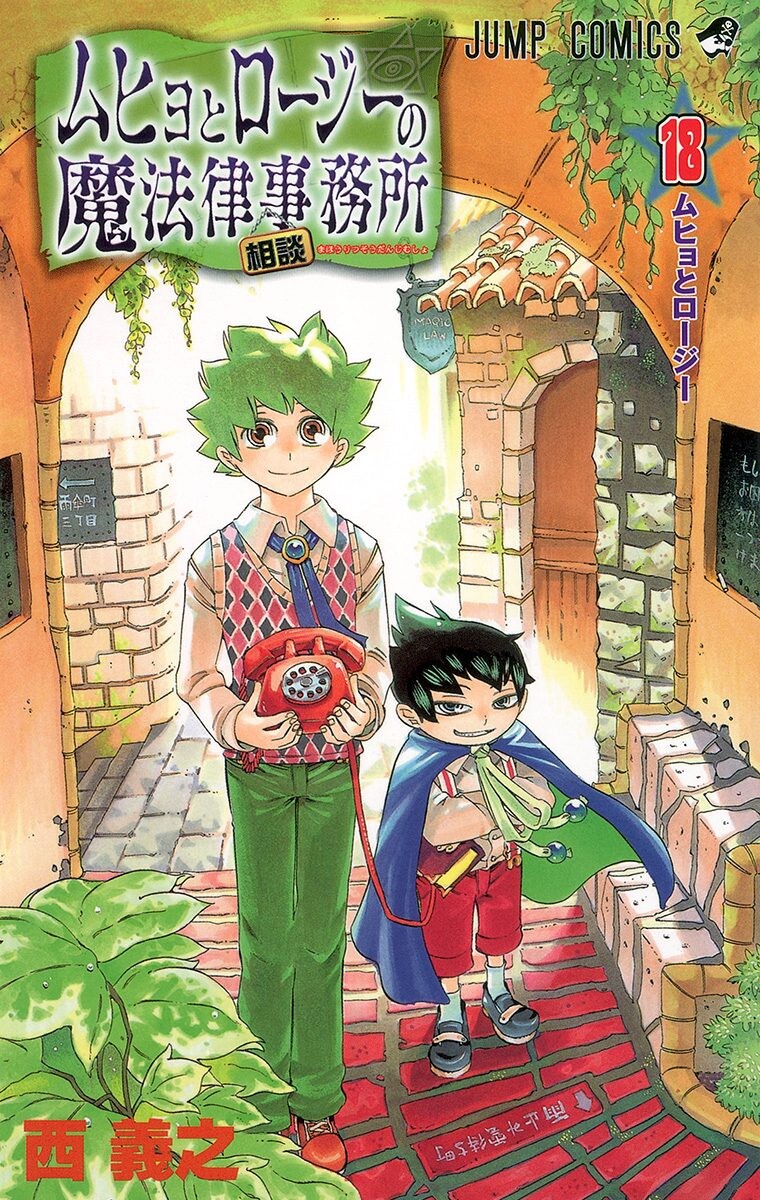 Are you a victim of unwanted spirit possession? Is there a ghost you need sent up and away…or down to burn for all eternity? If the answer is yes, then you need Muhyo and Roji, experts in magic law. Serving justice to evil spirits is their specialty.