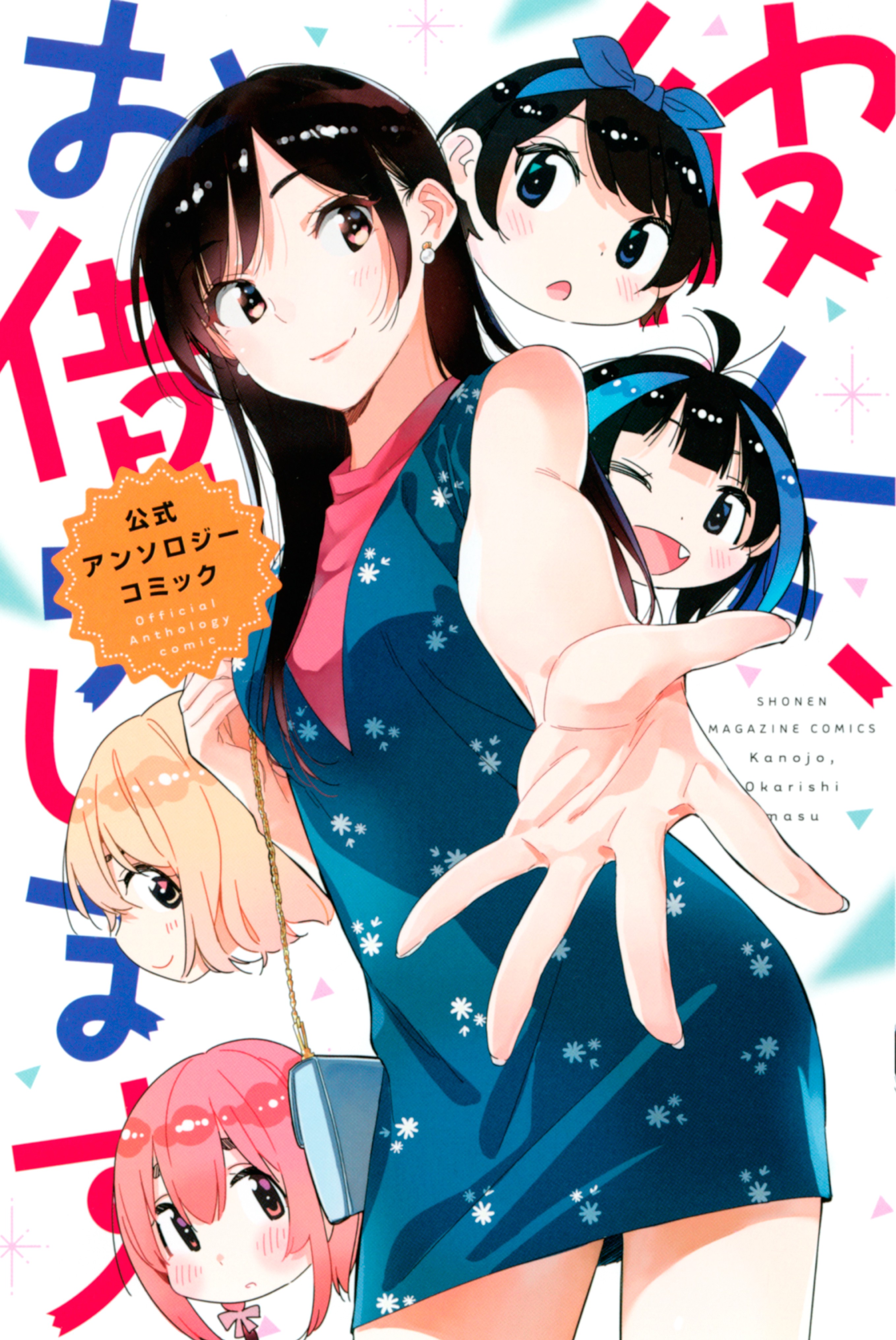 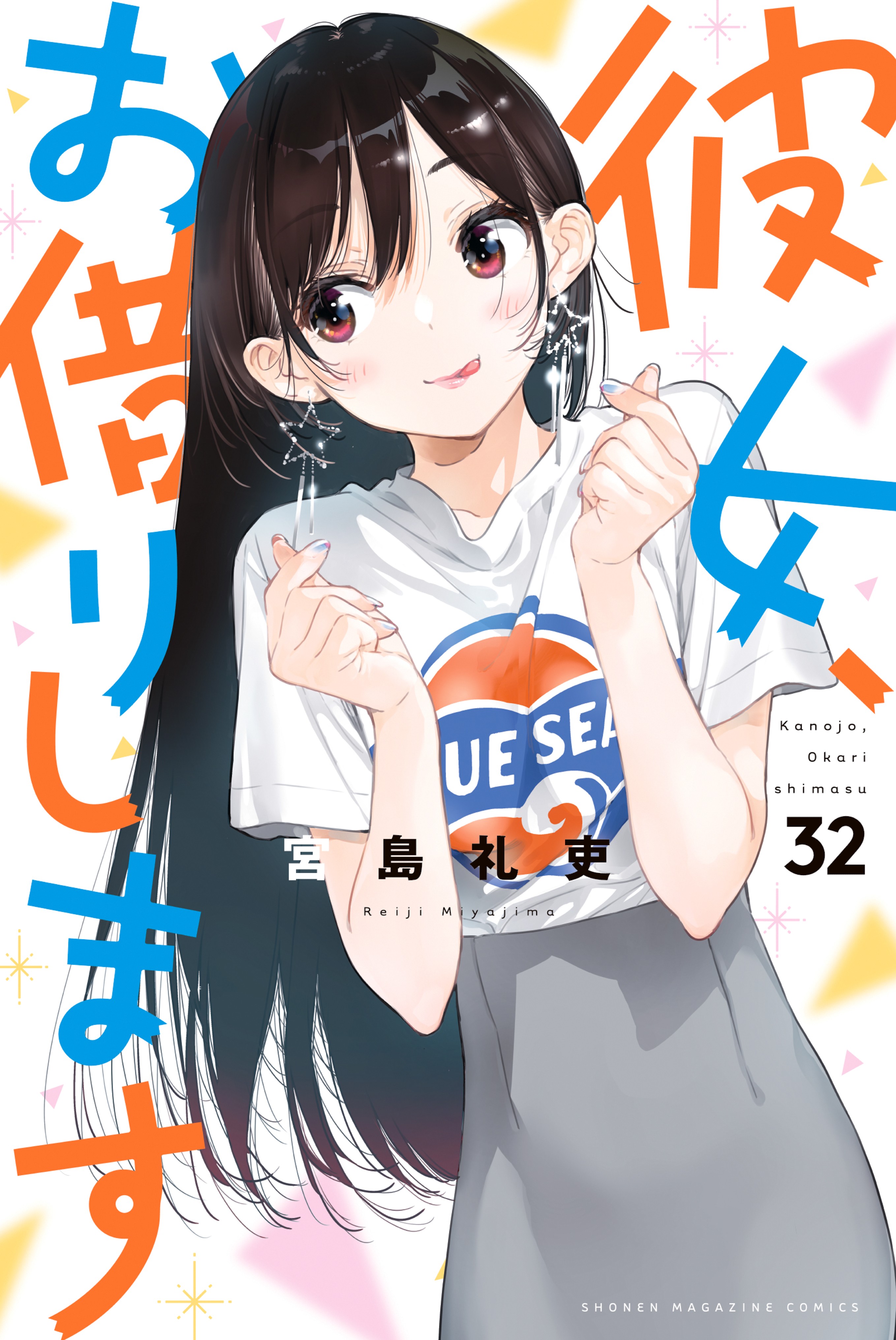 Kinoshita Kazuya is a regular college student who was just dumped by his girlfriend for another guy. Feeling down in the dumps, he decides to use an app called Diamond to hire Mizuhara Chizuru, a rental girlfriend, to make himself feel better. From their first meeting, she seems to be the perfect girl for him, but is there more to her than meets the eye? And how will their not quite typical relationship develop? 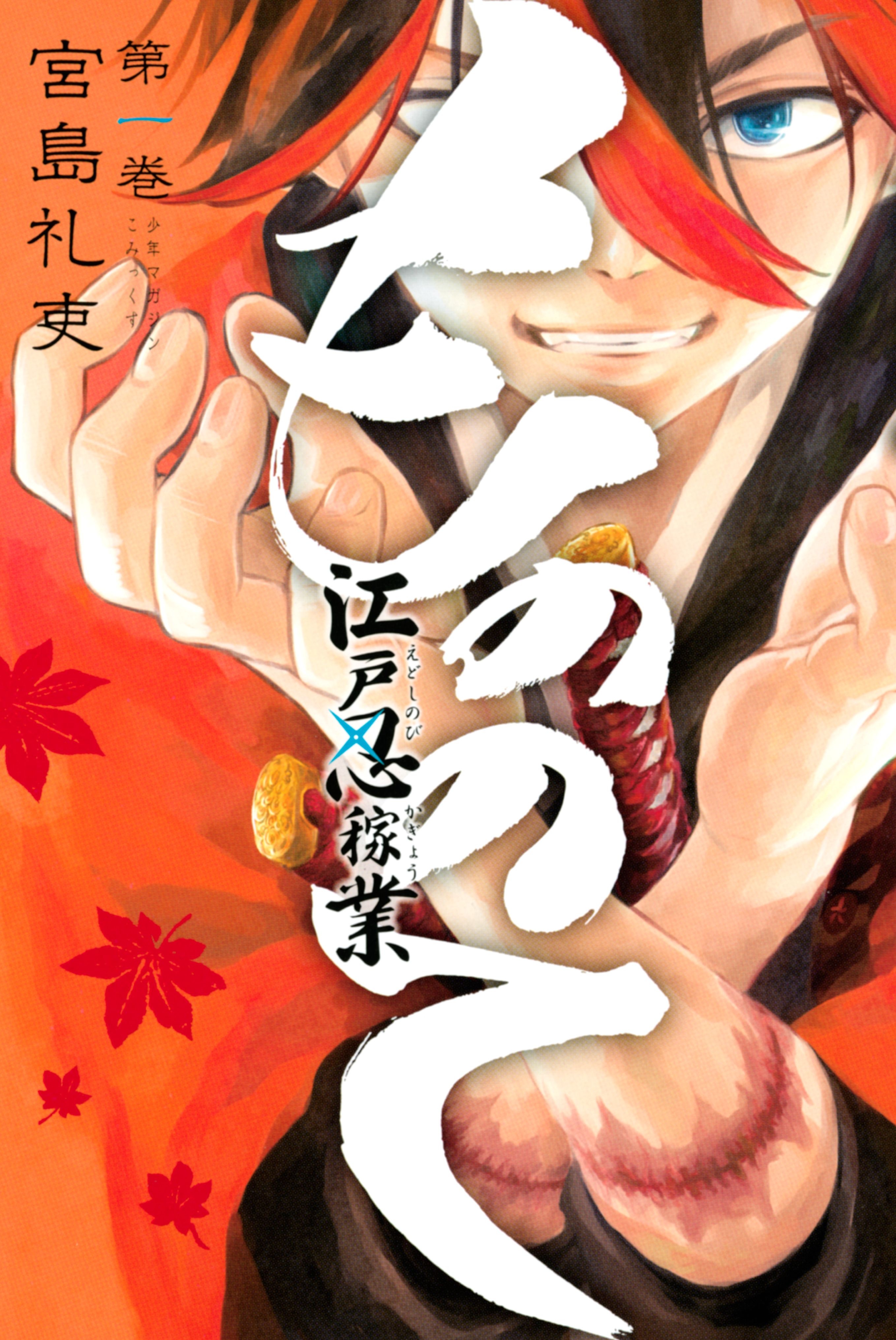 Long, long ago in a certain land, the world was disturbed by a "demon". The demon was "deformed" and didn't even stand 6 feet tall. His jet-black eyes sank into the depths of hell. The people seeing the atrocious and blood-starved appearance of this "deformed demon", trembled in fear. In the tenth year of the Kan'ei era (1633), during the early years of the Edo period, one such demon still exists…as to why "deformed", the reason will astonish you! 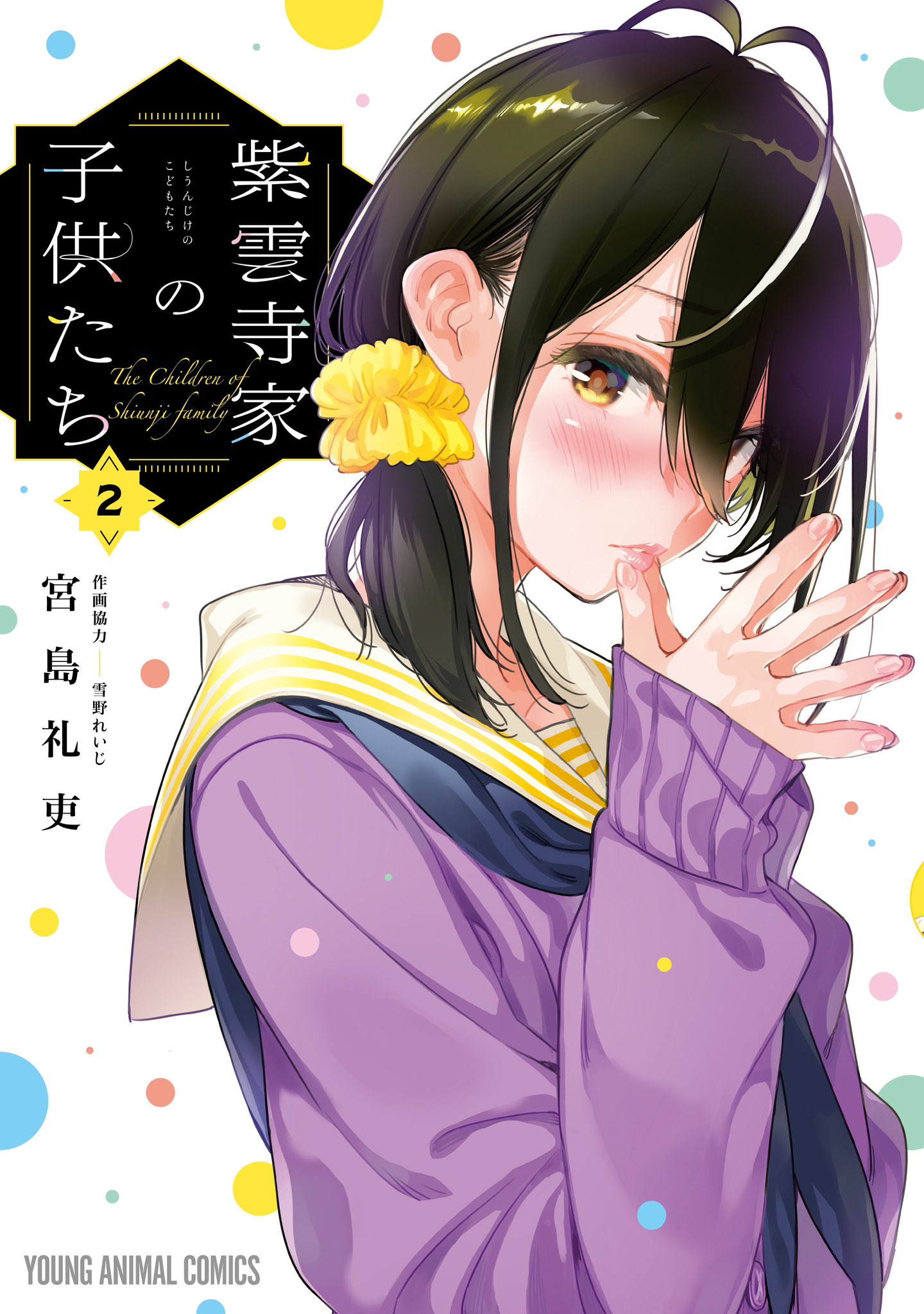 A luxurious mansion in a prime location in Tokyo. There live seven siblings of the Shiunji family, all of whom are extremely beautiful. Arata, the eldest son, asks his younger brother Shion for advice on how to get a girlfriend, something he has never had in his 17 years of life. 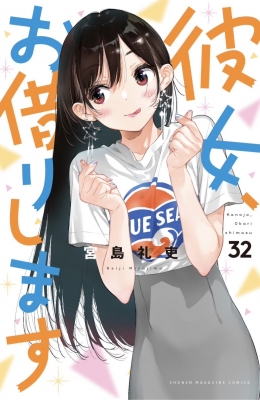 Dumped by his girlfriend, emotionally shattered college student Kazuya Kinoshita attempts to appease the void in his heart through a rental girlfriend from a mobile app. At first, Chizuru Mizuhara seems to be the perfect girl with everything he could possibly ask for: great looks and a cute, caring personality. Upon seeing mixed opinions on her profile after their first date, and still tormented by his previous relationship, Kazuya believes that Chizuru is just playing around with the hearts of men and leaves her a negative rating. Angry at her client's disrespect towards her, Chizuru reveals her true nature: sassy and temperamental, the complete opposite of Kazuya's first impression. At that very moment, Kazuya receives news of his grandmother's collapse and is forced to bring Chizuru along with him to the hospital. Although it turns out to be nothing serious, his grandmother is ecstatic that Kazuya has finally found a serious girlfriend, which had always been her wish. Unable to tell her the truth, Kazuya and Chizuru are forced into a fake relationship—acting as if they are truly lovers. [Written by MAL Rewrite] 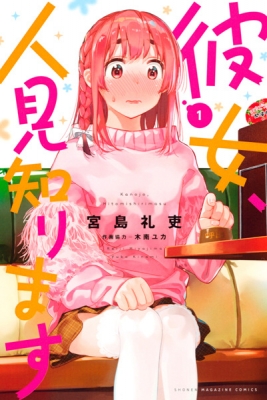 A spin-off of starring the adorable supporting character, Sumi Sakurasawa! 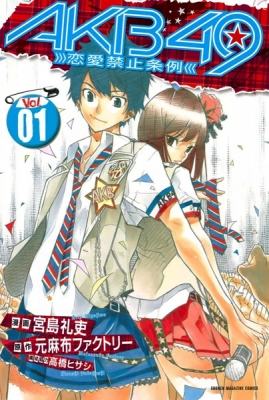 People everywhere admire the popular idol group AKB48, and Hiroko Yoshinaga is no different. She dreams of becoming a member of AKB48, but stage fright gets in the way of every audition. Having failed so many times, Yoshinaga decides to tryout one last time before giving up for good. Though uninterested in idols, Minoru Urayama wants to help Yoshinaga realize her dream. Disguising himself as a girl named "Urakawa Minori," he participates in the audition for AKB48 as well, hoping to assist Yoshinaga through the tryouts. However, things go better than expected when both Yoshinaga and "Minori" are recruited! As he enters the world of pop music, Minoru must continue to hide his secret all while supporting Yoshinaga's dreams and finding one of his own. [Written by MAL Rewrite] 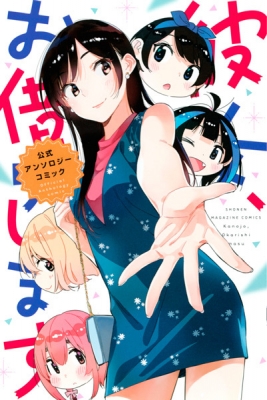 An comic of by various mangaka. 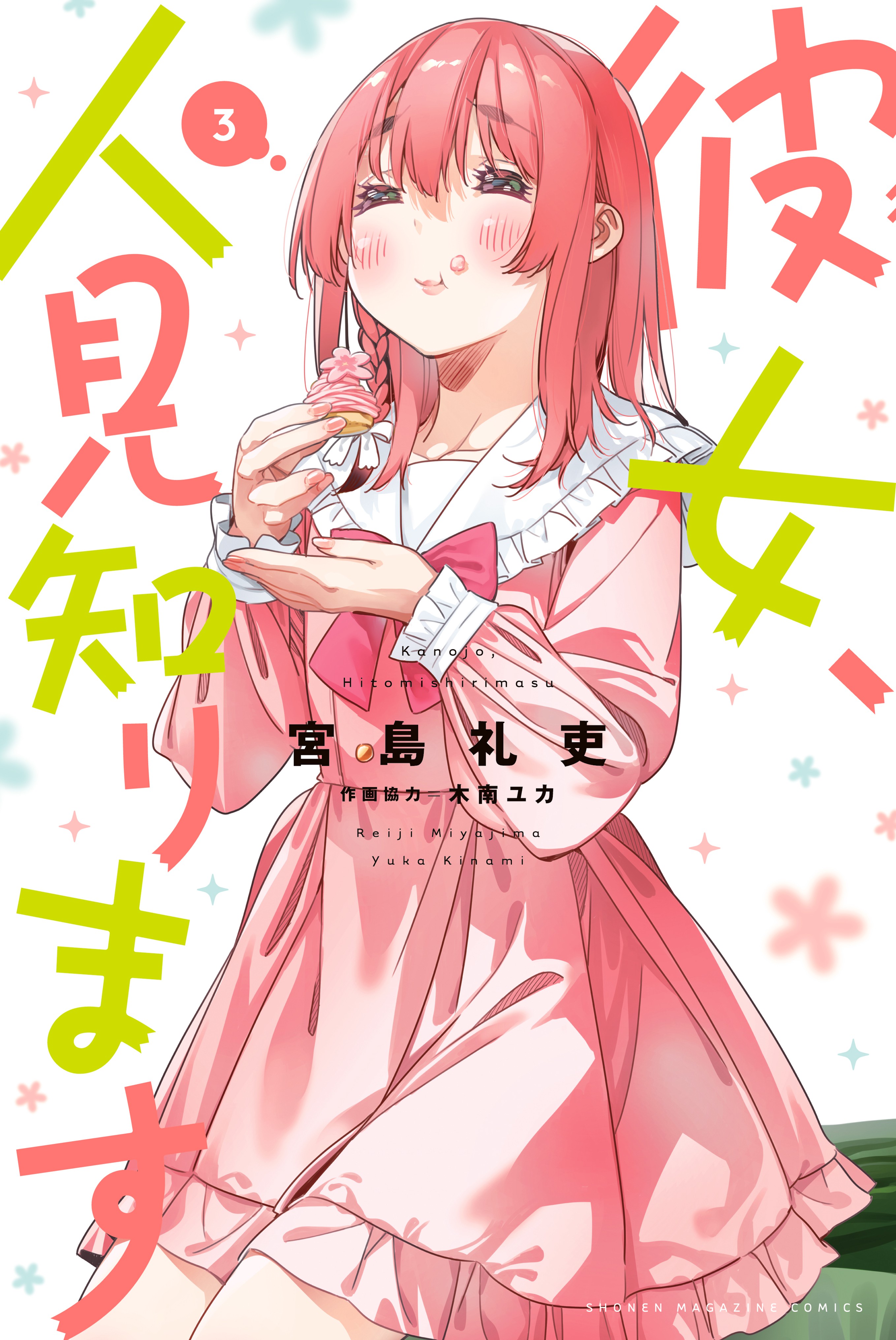 Sumi Sakurasawa is shy. Even simple things, like going for a donut with someone or calling out to a stranger that they've dropped something, paralyze her with fear. Her strategy? Become a "rent-a-girlfriend" and make some cash while she practices her people skills! But raising the stakes even higher might not be the foolproof solution she thought it was... And even worse, to keep the gig, she needs five-star reviews, and that means no freezing up or freaking out on a date... How is that even possible?! 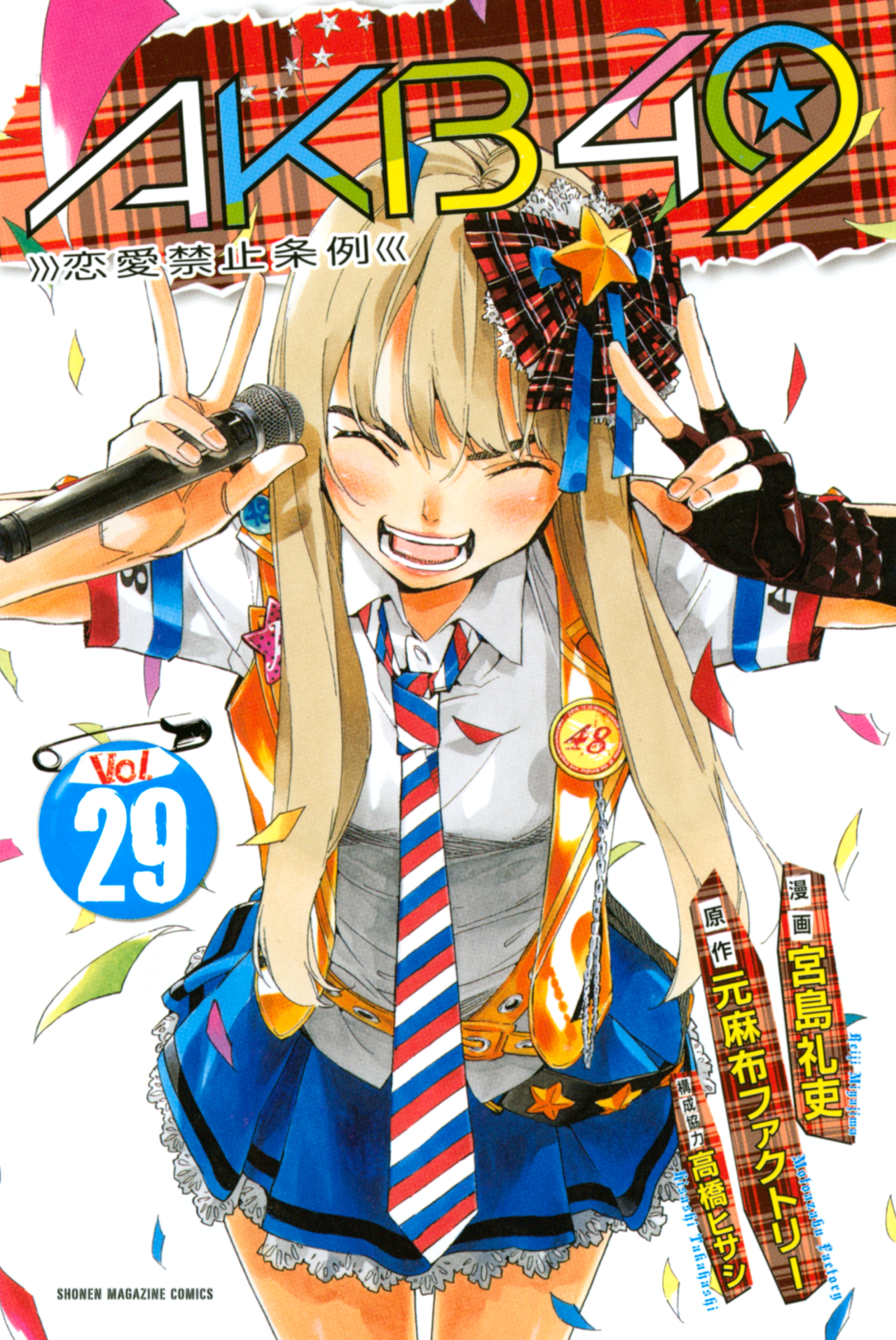 This manga based on the ever popular AKB48 group. This series is about a guy called Urayama Minoru crossdressing as a girl to participate in a female idol group audition (AKB48). The main objective is to help the girl he likes, Yoshinaga Hiroko, pass the audition. Yoshinaga Hiroko's dream is to become like her favourite idol who is in the AKB48 group. This audition happens to be her final try, so Minoru crossdresses as Urakawa Minori and takes part in the audition to make sure she realizes her dream. Hiroko got qualified eventually, however, the shocking news was Minoru was qualified as well. Thus, the road to becoming a female idol begins… 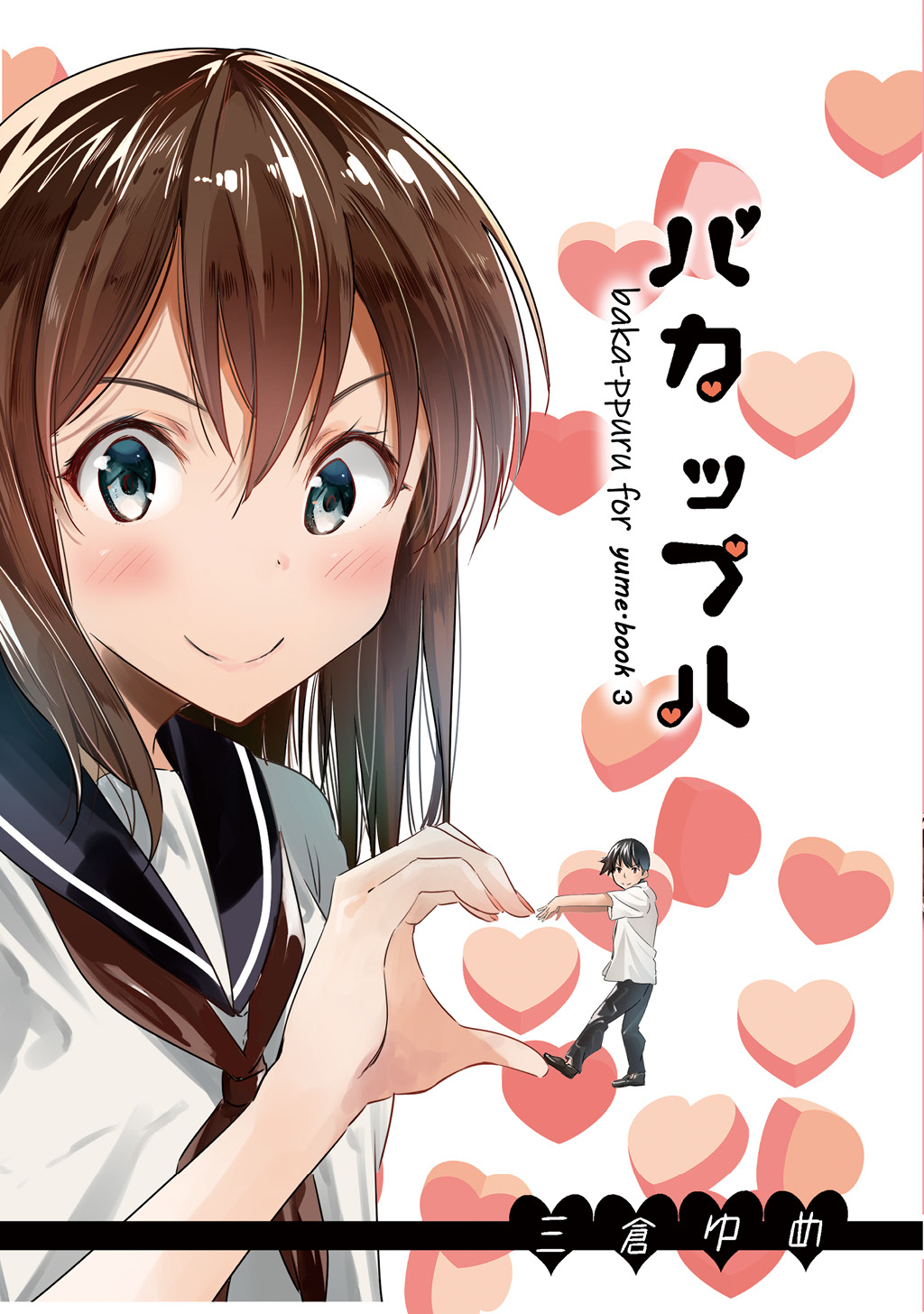 They are baka! They are a couple! They are a baka couple, so that makes them… a Bakouple! This is a story about a high school couple who can't contain their love for each other… and that makes them act even more stupid! Where will their pure, uninhibited, ANNOYING love take them? Proudly presented to you by the assistant of Miyajima Reiji, author of Kanojo Okarishimasu. 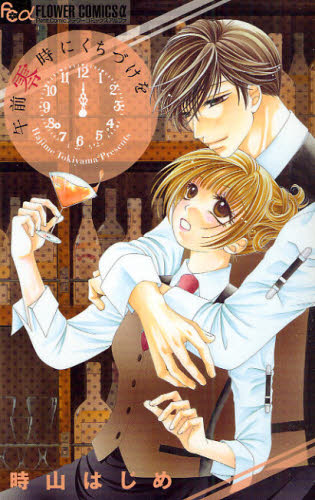 1-3) Gozen Reiji ni Kuchizuke o Aoki Karin has always wanted to be a bartender because of an American movie she watched when she was a child. On her 20th birthday, her friends take her out to a bar to celebrate. There she meets Shiino Takumi, who is much cooler and more handsome than the bartender from the film. Alas! Karin believes she has found the one… until she finds out that maybe she jumped into this a bit too fast. 4) Crazy Only for You 5) Striving Little Devil 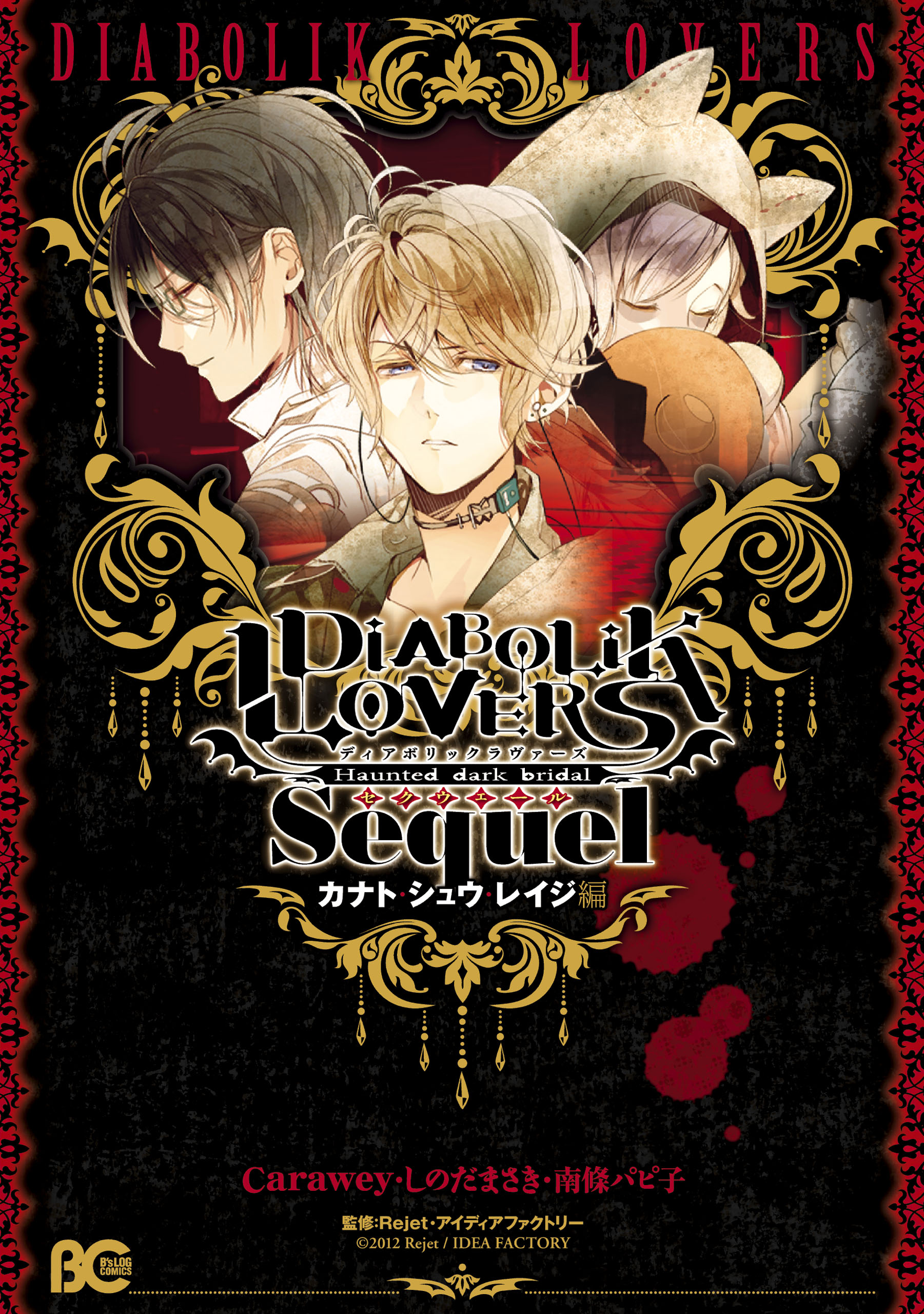 Oneshots focusing on Kanato, Shuu and Reiji from the otome game Diabolik Lovers and a girl, Komori Yui, who goes to live with them. Yui Komori is a positive-thinking girl who nevertheless is troubled by seeing spirits and experiencing poltergeist phenomena. In her second year in high school, she transfers to a new school — a night school for entertainers and celebrities — due to her father's work. There are rumors that there are vampires among the student body, and Yui ends up living with the Sakamaki brothers. 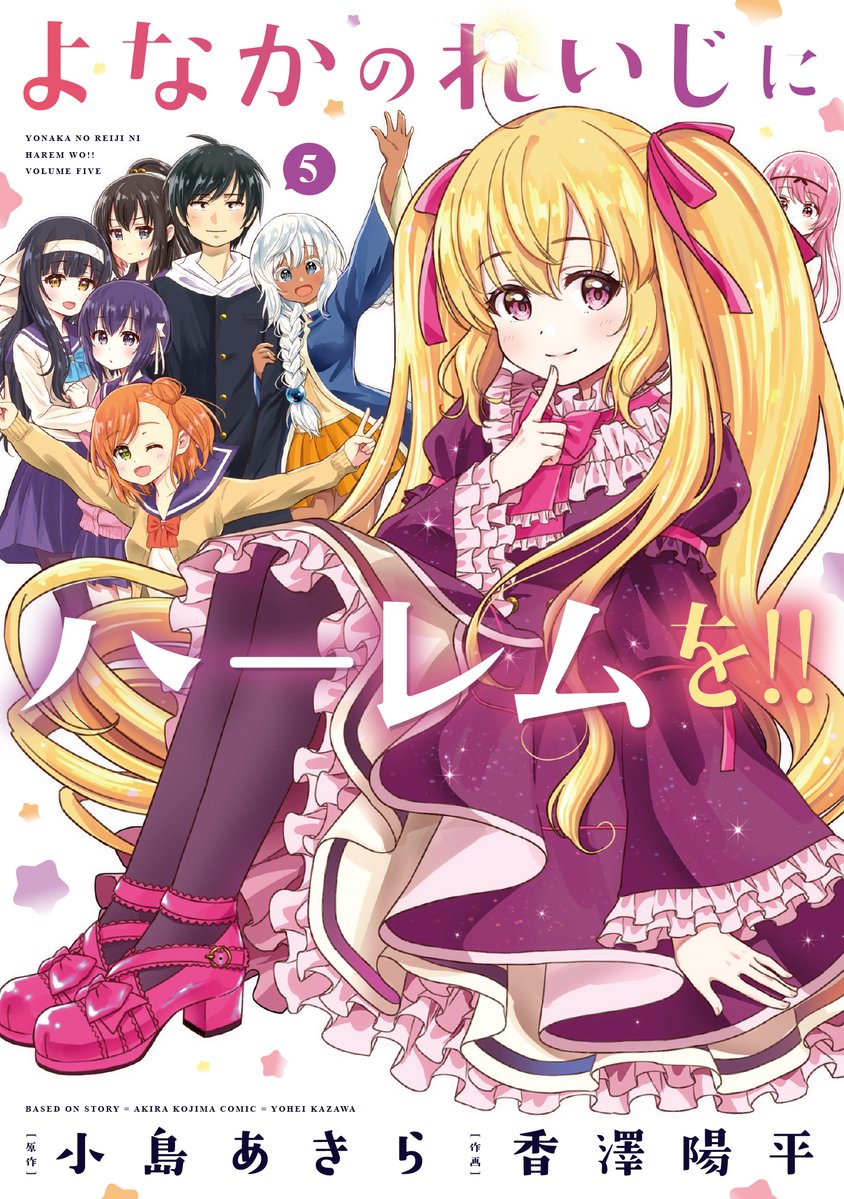 Yonakano Reiji was on his way to school taking his usual route. But this day fate was at his doorstep, it was this day that he met his fated one. The only problem was that his fated one was a ghost. **Links:** - [Artist's Twitter](https://twitter.com/yoheikazawa) 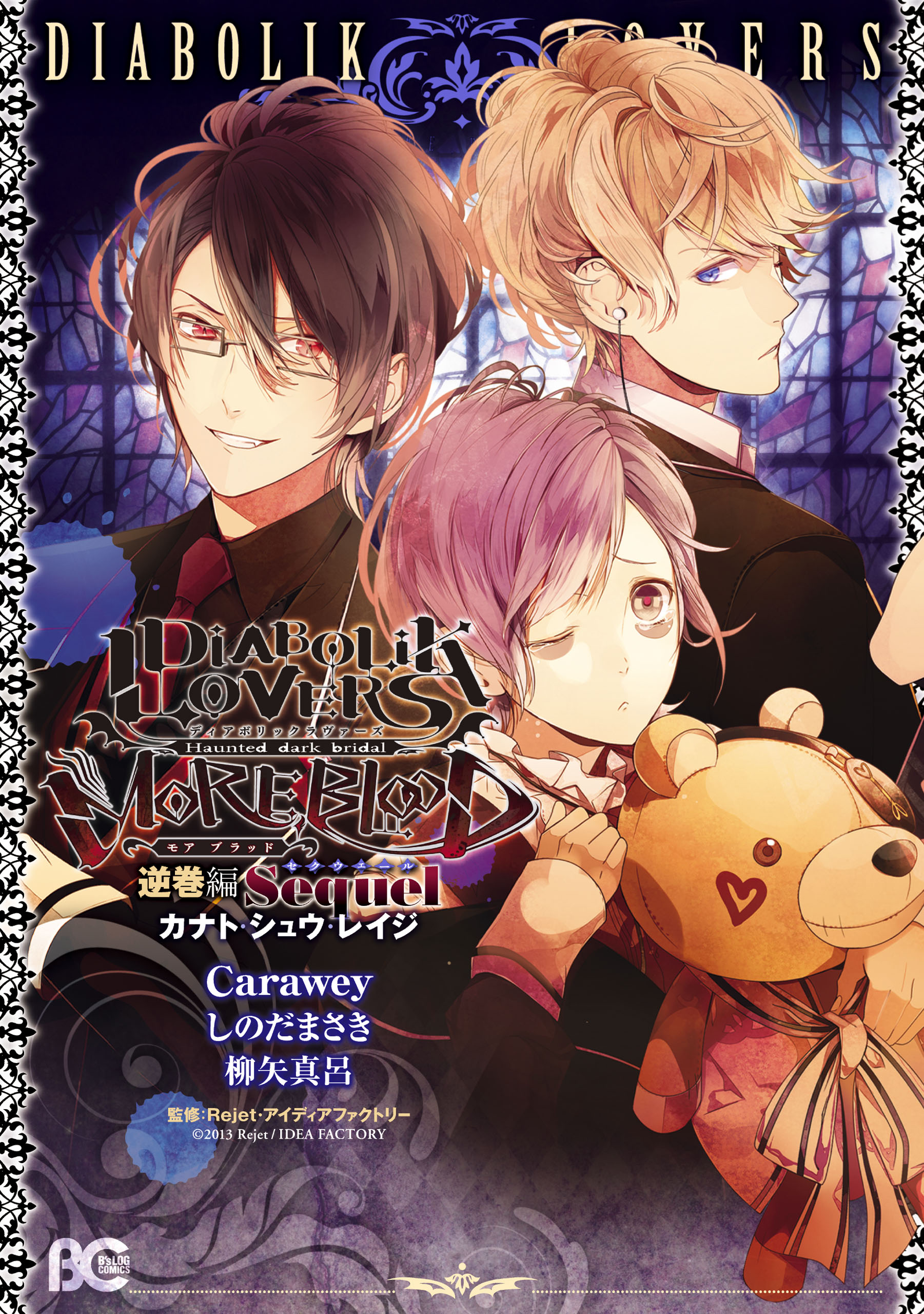 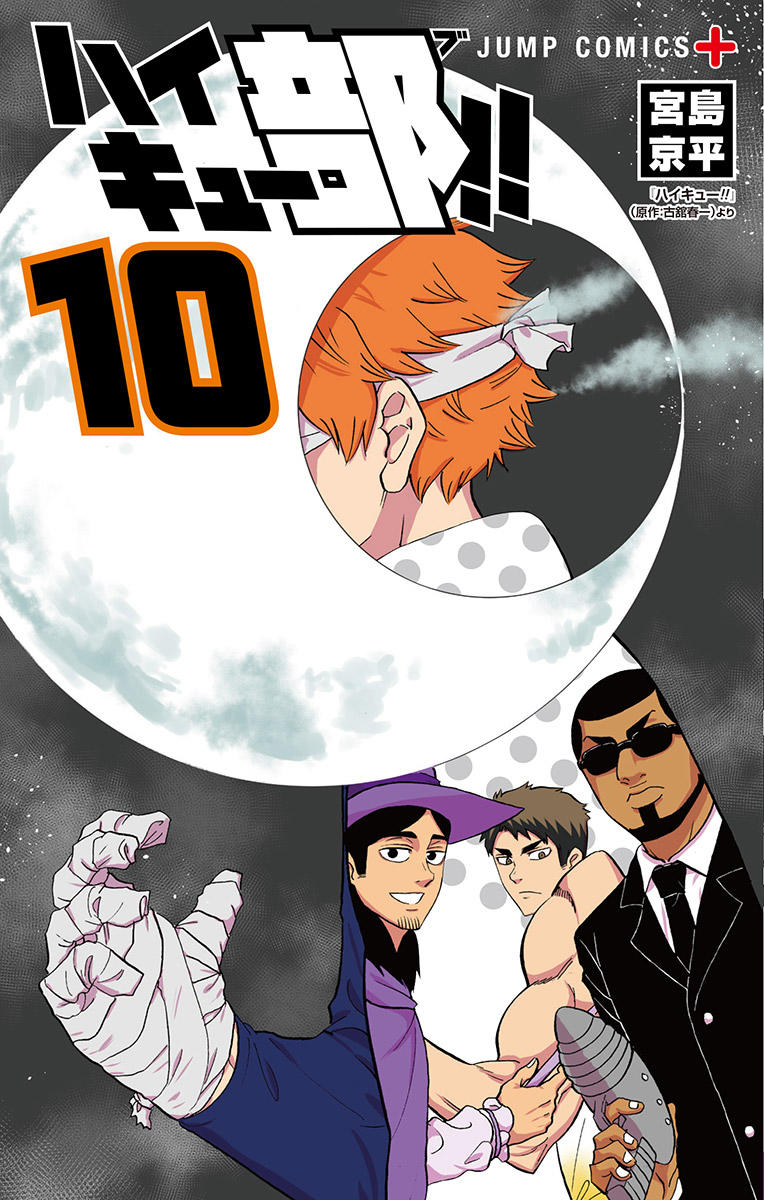 A new official spin-off of the popular weekly series Haikyuu!!, in which our protagonists are the members of the rival schools. A comedy series about their ridiculous antics that you can't read in the original story!

A Succubus and Thereafter

Love conquers all! Katsurada Lulu, a succubus, was able to marry her beloved from high school. The relationship with her human husband has been smooth thus far, but now she is worried about being sexless…!? 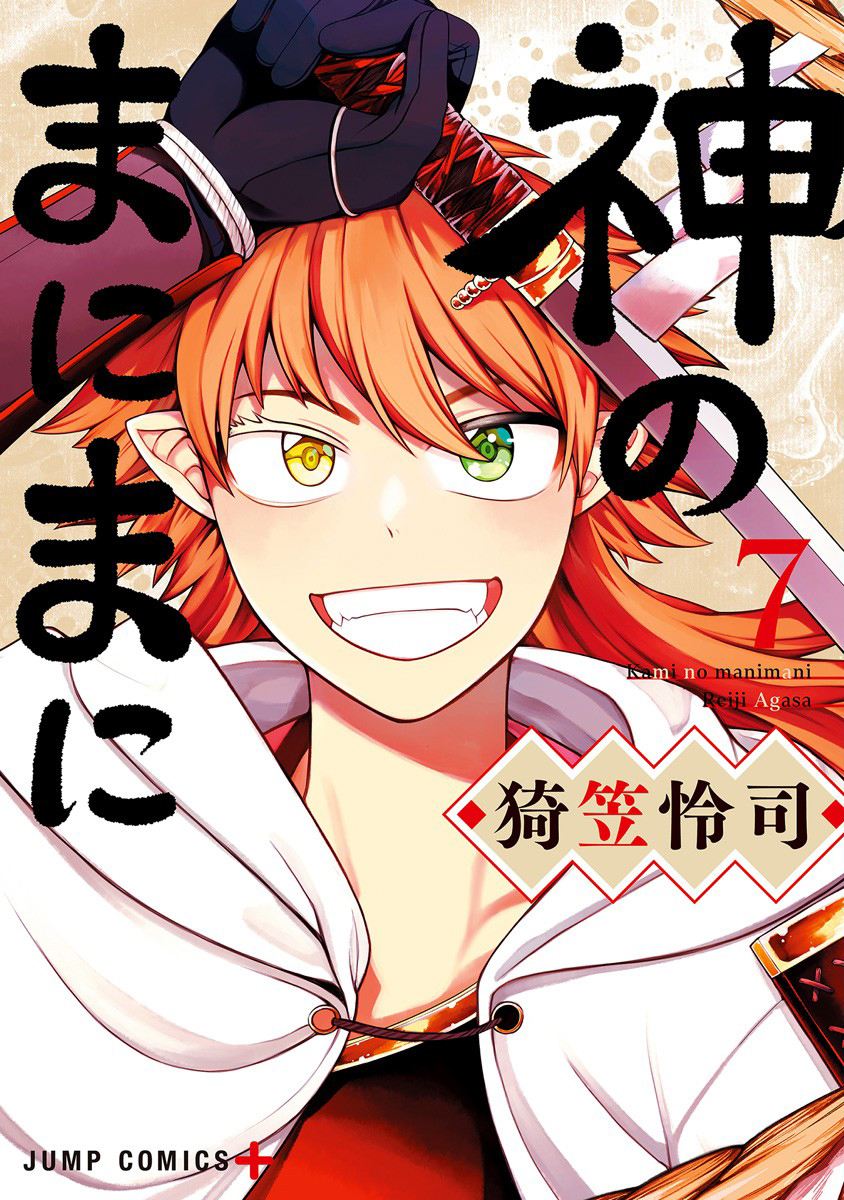 **DeepL Translation:** It is Edo period, a time when the gods were still with mankind ... A boy with a strong sense of justice, Isshin, prays to the gods to save his village from the drought. Perhaps his prayer was answered, for a god appears before him. However, the god uses a completely different method to eliminate famine from the village than Isshin had expected...? A dark Japanese-style fantasy about gods begins! 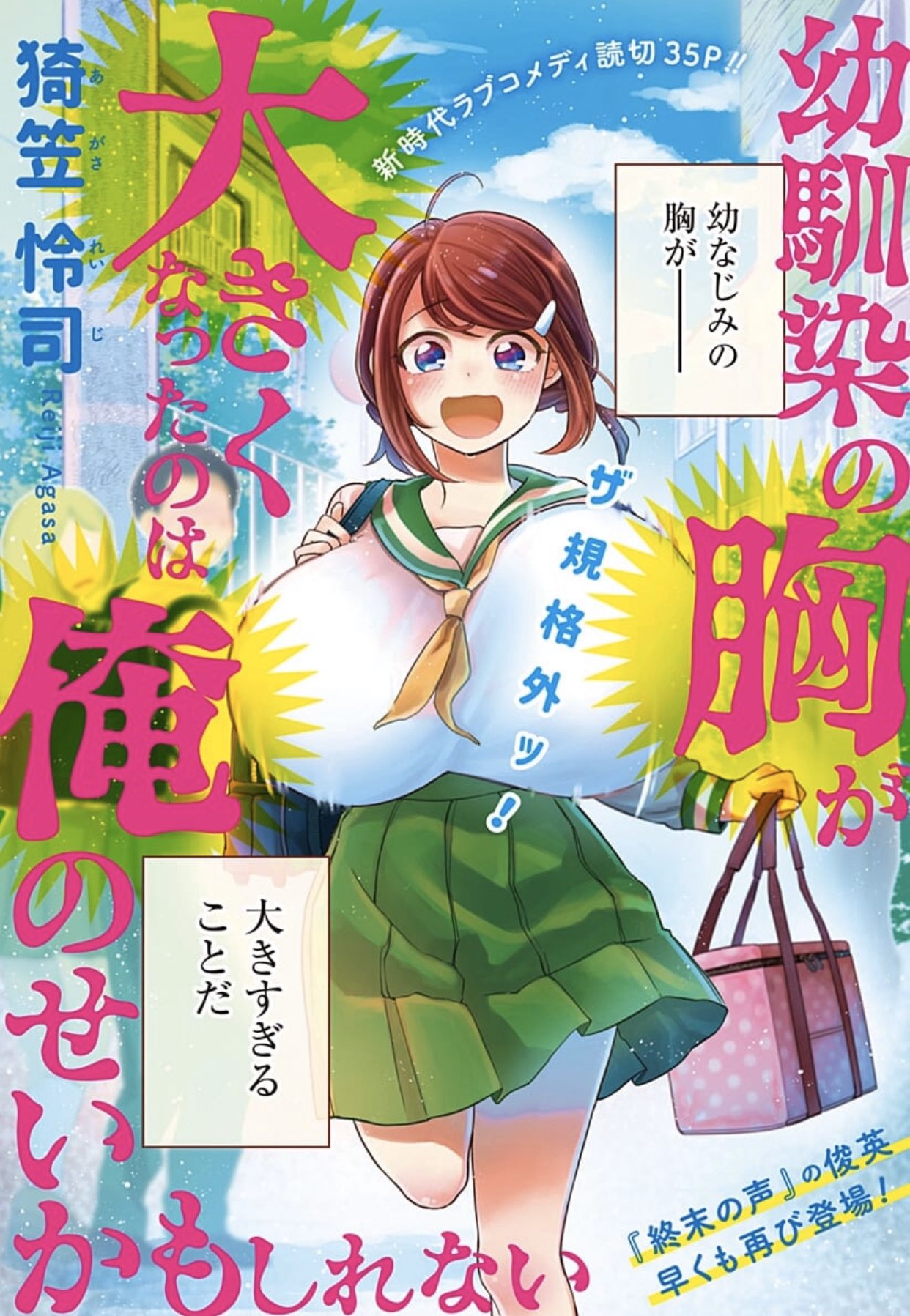 In his second year in high school, Yamato has a big problem. His best friend from childhood, Honoka, has a certain stress-induced illness that made her chest huge. Now he struggles to protect her from those who look at her with predator eyes…!? 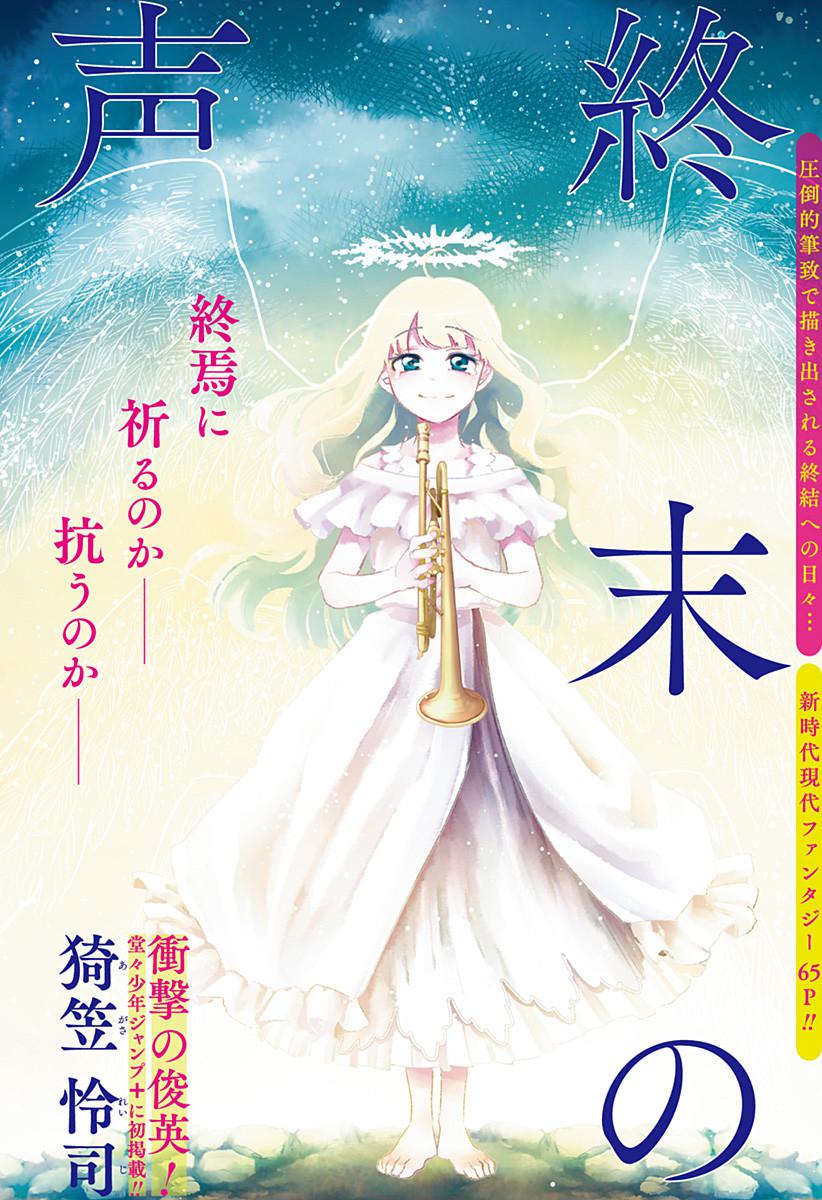 Ametani, wishing he would die, is called out by a beautiful girl to "destroy the world together"!? 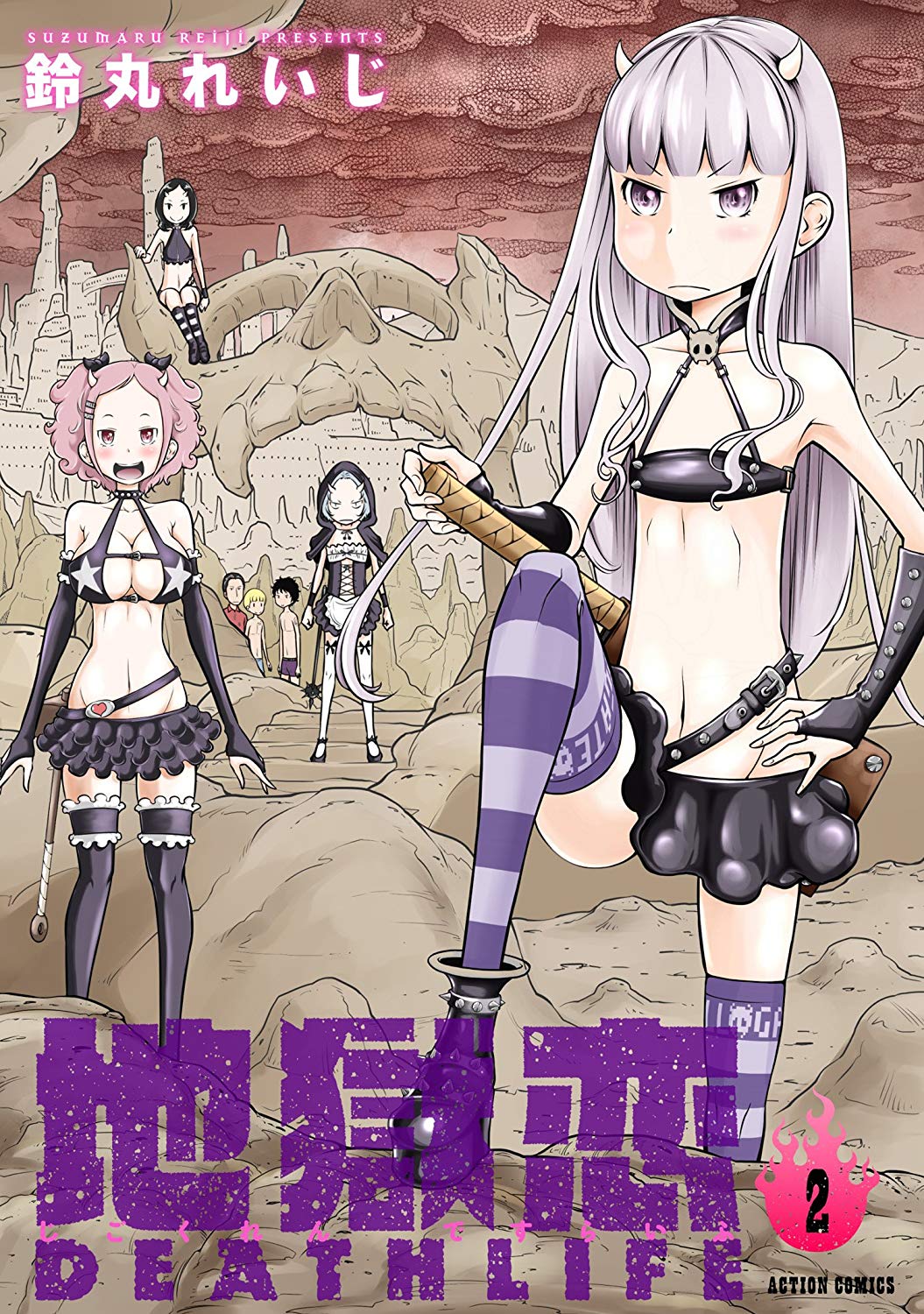 Another series by the author of [Jigokuren ~Love in Hell~](https://mangadex.org/manga/1926) . Set in that same world but with all new characters.

Rintaro Senkawa is a regular guy in his mid-20's who got a little drunk one night and fell to his death. But that is just the beginning of Rintaro's story, as he finds himself unexpectedly in Hell where he meets his guide, the painfully sexy devil Koyori. Can Rintaro take his situation seriously enough to repent for the sins of his former life or is he fated to be eternally tempted, teased, and tortured by scantily-clad devils with iron spiked clubs?