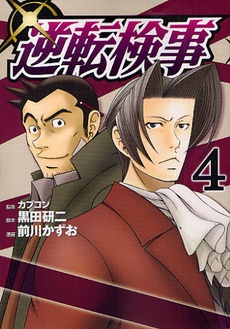 A series of extra cases based on the GBA and DS game series. 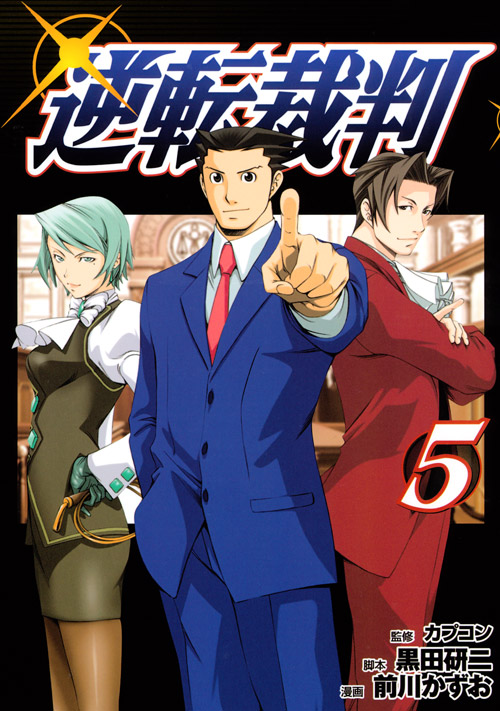 Manga based on the hit videogame series by Capcom. 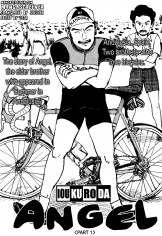 A oneshot Kuroda drew to celebrate the release of the [Nasu](https://mangadex.org/manga/3055/) anime. 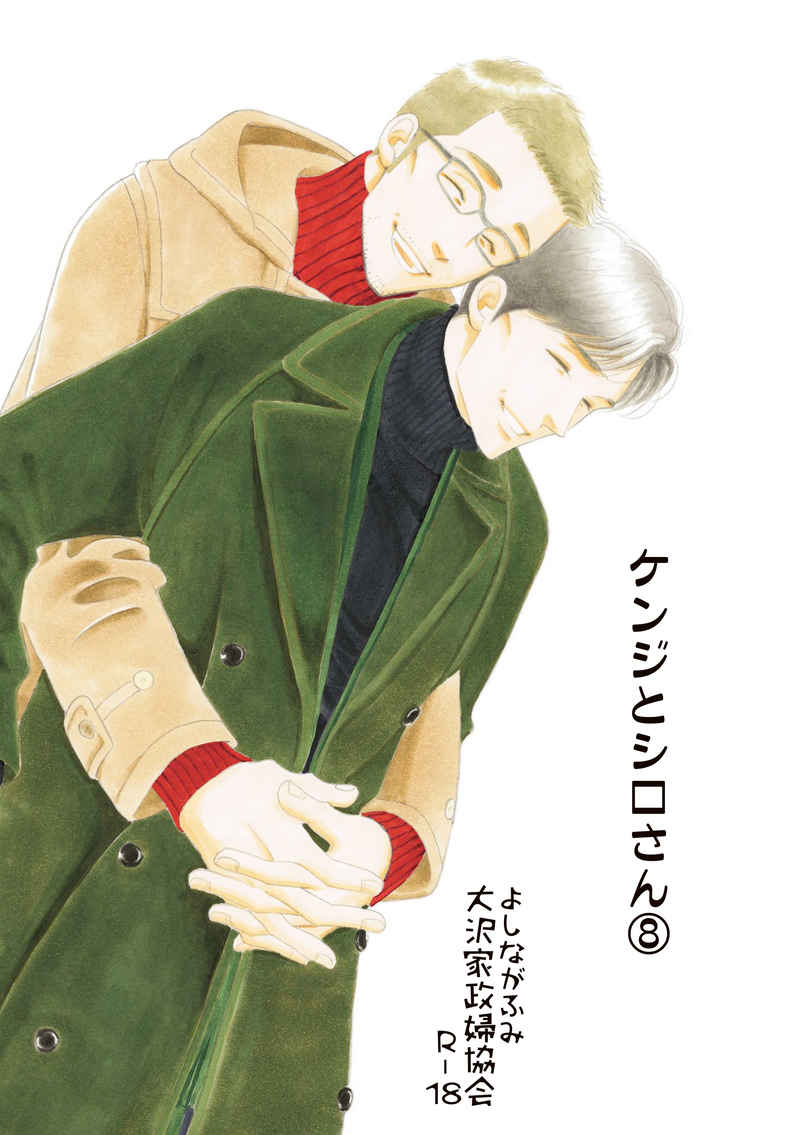 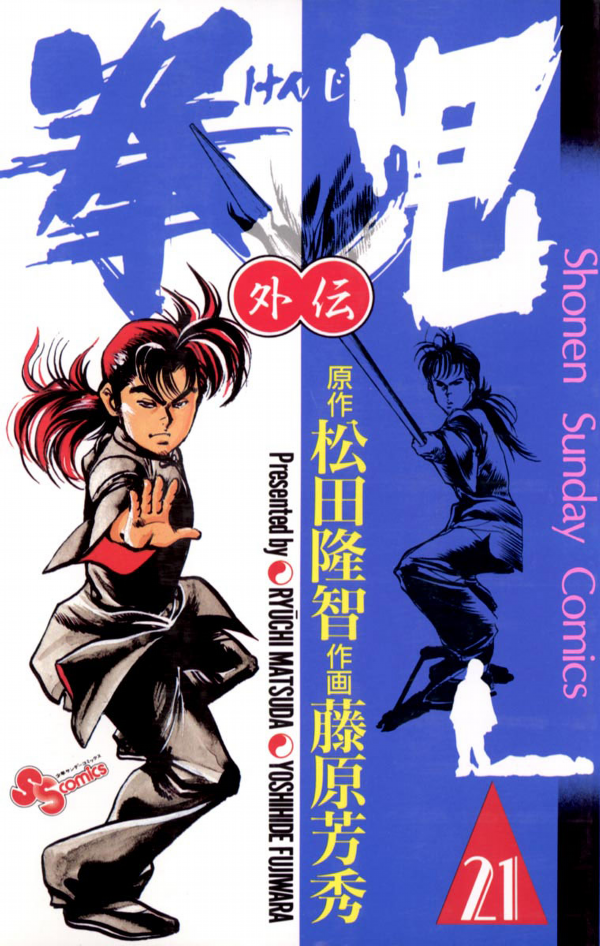 Kenji is a manga about a Japanese teenager named Kenji, who practices the martial art Bajiquan, and his encounters with other martial artists, some of which are taken from real life (Adam Hsu and Liu Chia-Liang) This series primarily features Bajiquan, but also gets into Tanglangquan, Baguazhang, Chen Taijiquan, Piguaquan, Xingyiquan, Xinyiliuhequan, Shaolinquan, Hung Gar, Daito ryu Aikijujutsu, Shotokan Karate and numerous other styles. --- Official Release: - Indonesian release by Elex Media 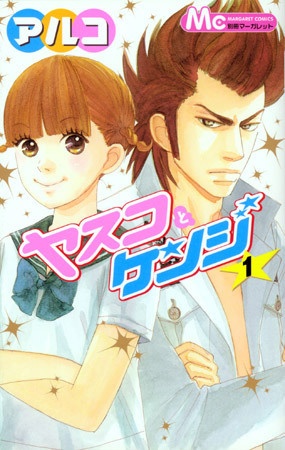 Since the death of her parents, Oki Yasuko, a second-year high school student, has been living with her mangaka big brother Kenji, who used to be the boss of a biker gang. Bickering nonstop, their relationship is hardly harmonious. One day in the cram school Kenji forces her to attend, Yasuko falls in love with Tsubaki Jun. But chaos ensues because of the history that Kenji and Jun’s sister Erica share! (From: Ivyscan) 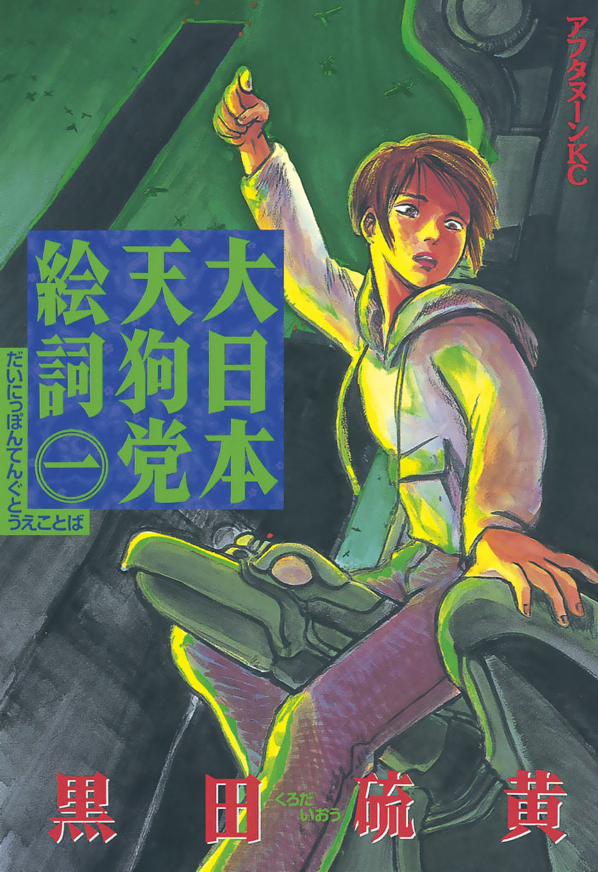 A tengu is an utterly proud and arrogant creature (so much that the Japanese saying, "to become a tengu," means to preen conceitedly) that is said to steal young children away from their homes. In this story, the fractured and disgraced remnants of the tengu species come together from all over the country to rise up, reclaim their pride, and rule over the nation of Japan, as is their right. What kind of effect will the "Tengu Party" have on the humans of Japan, and more importantly, what exactly makes a tengu? 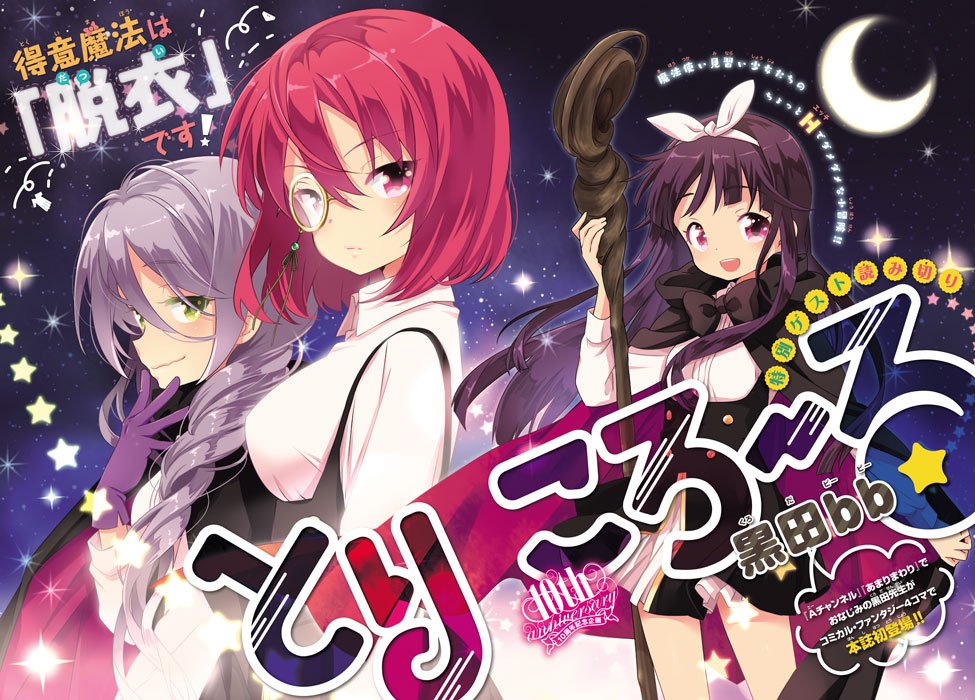 Three students of a magic school are practicing their magic, hilarity ensues. A one-shot chapter by Kuroda Bb in April 2016 issue of Shounen Sirius. 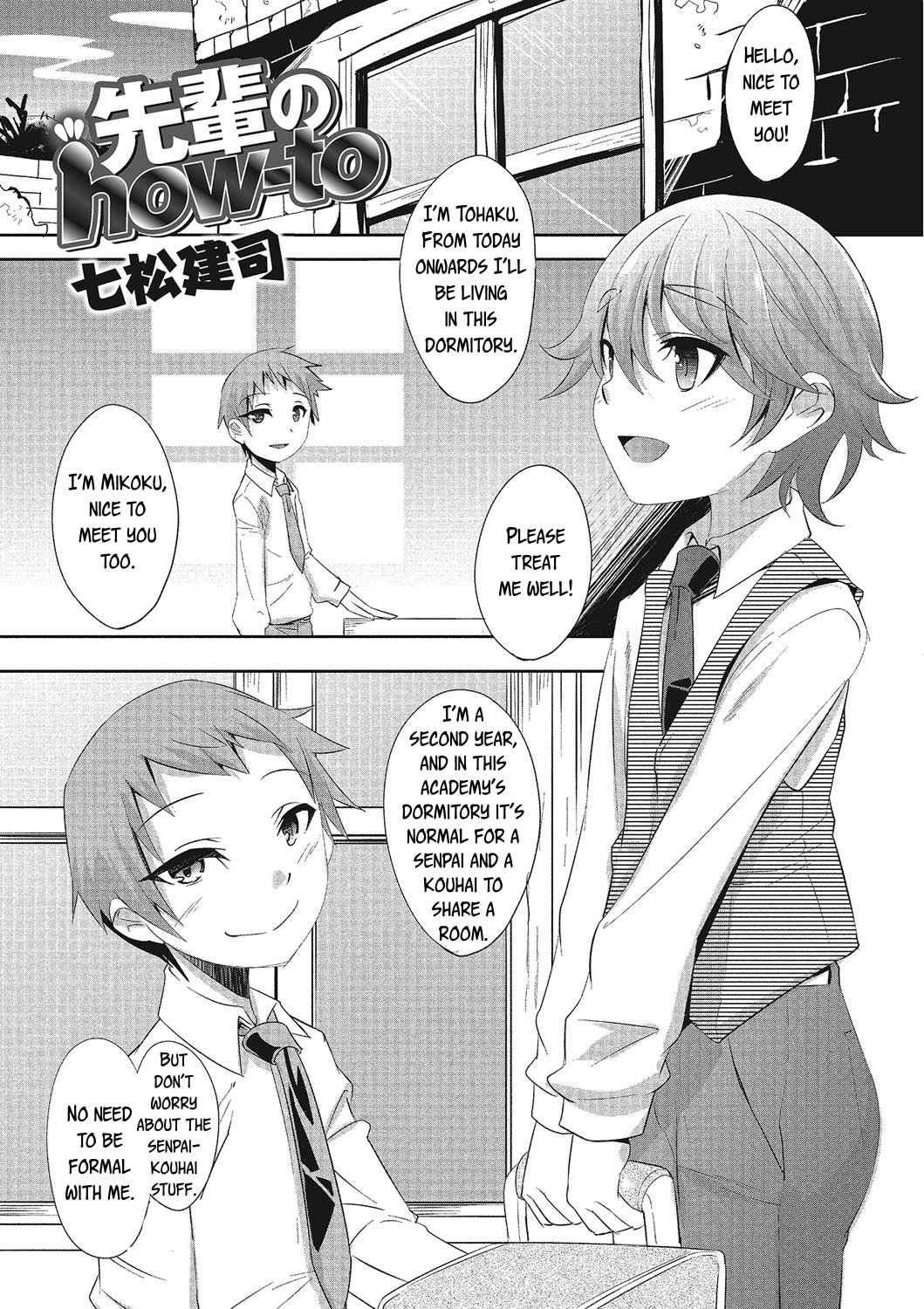 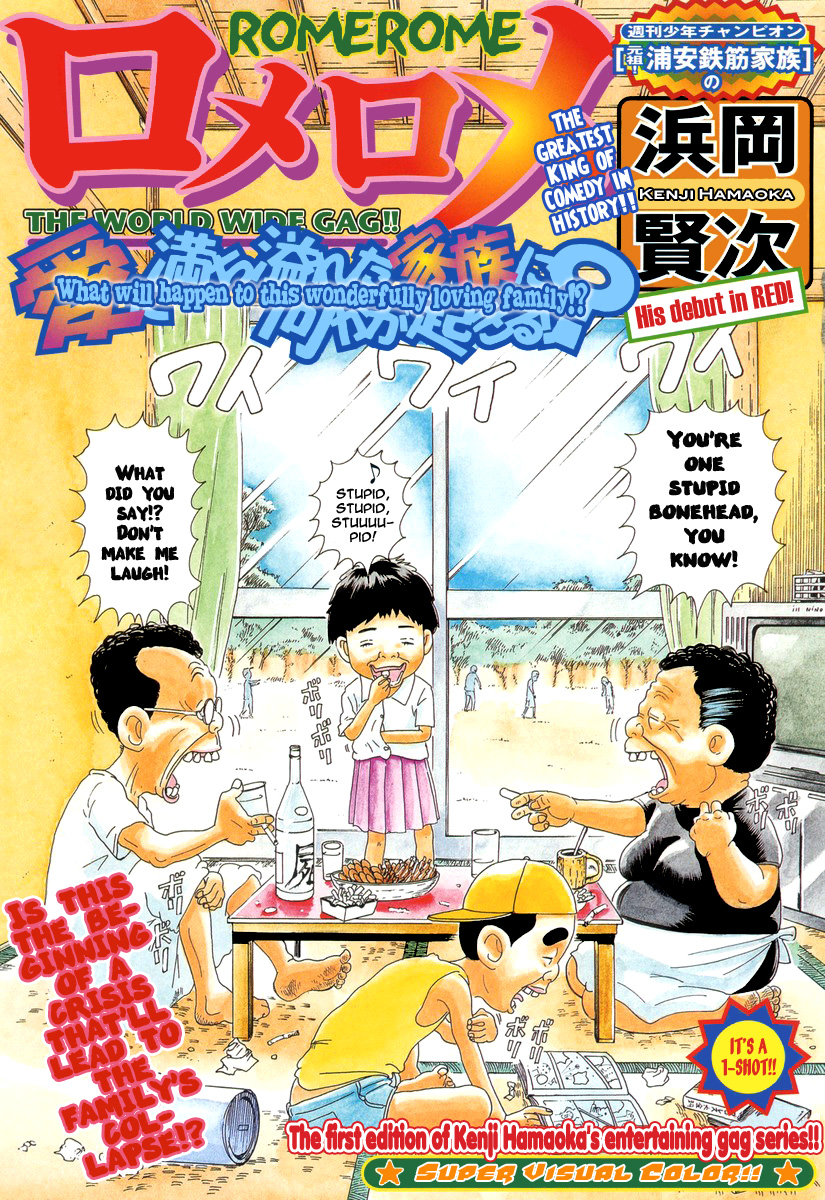 Being a housewife is no picnic, especially if you have to deal with an idiotic hubby, two reckless children, a mother whose hobby is to decapitate moving things and those annoying zombies that are always out to have the best bite of you. A hilariously bizarre tale from the king of gag manga: Kenji Hamaoka of Urayasu tekkin kazoku (Super Radical Gag Family) fame. 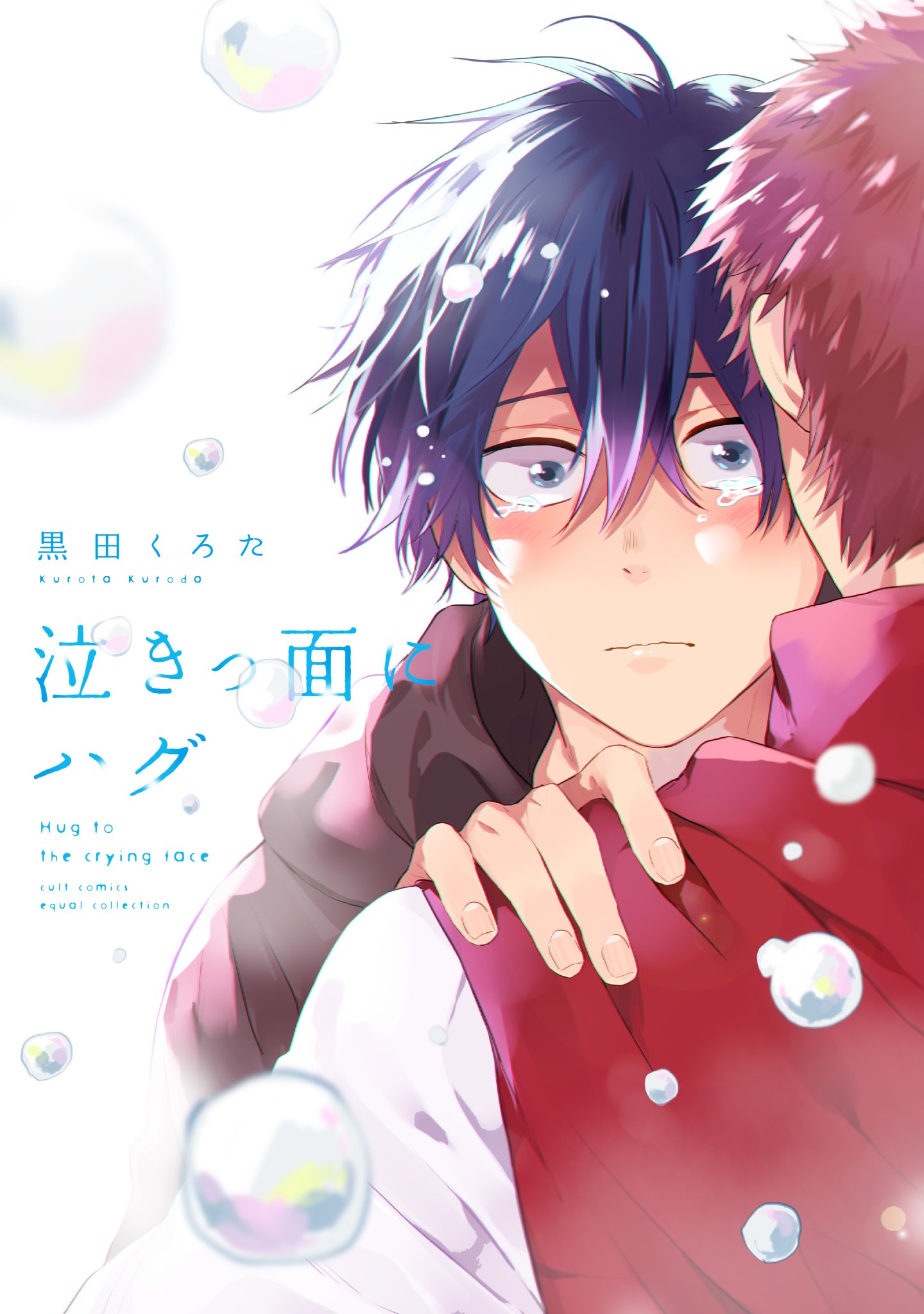 Fuwa Masaki suffers from an extreme shyness that forces him to keep an unnecessary distance away from people. He has always wanted to change himself, but never knew what to do. One day, Masaki bumps into Miyatsuka Takeru, a medical student who picks up his cell phone. For some reason, he decides to train Masaki to overcome his illness! 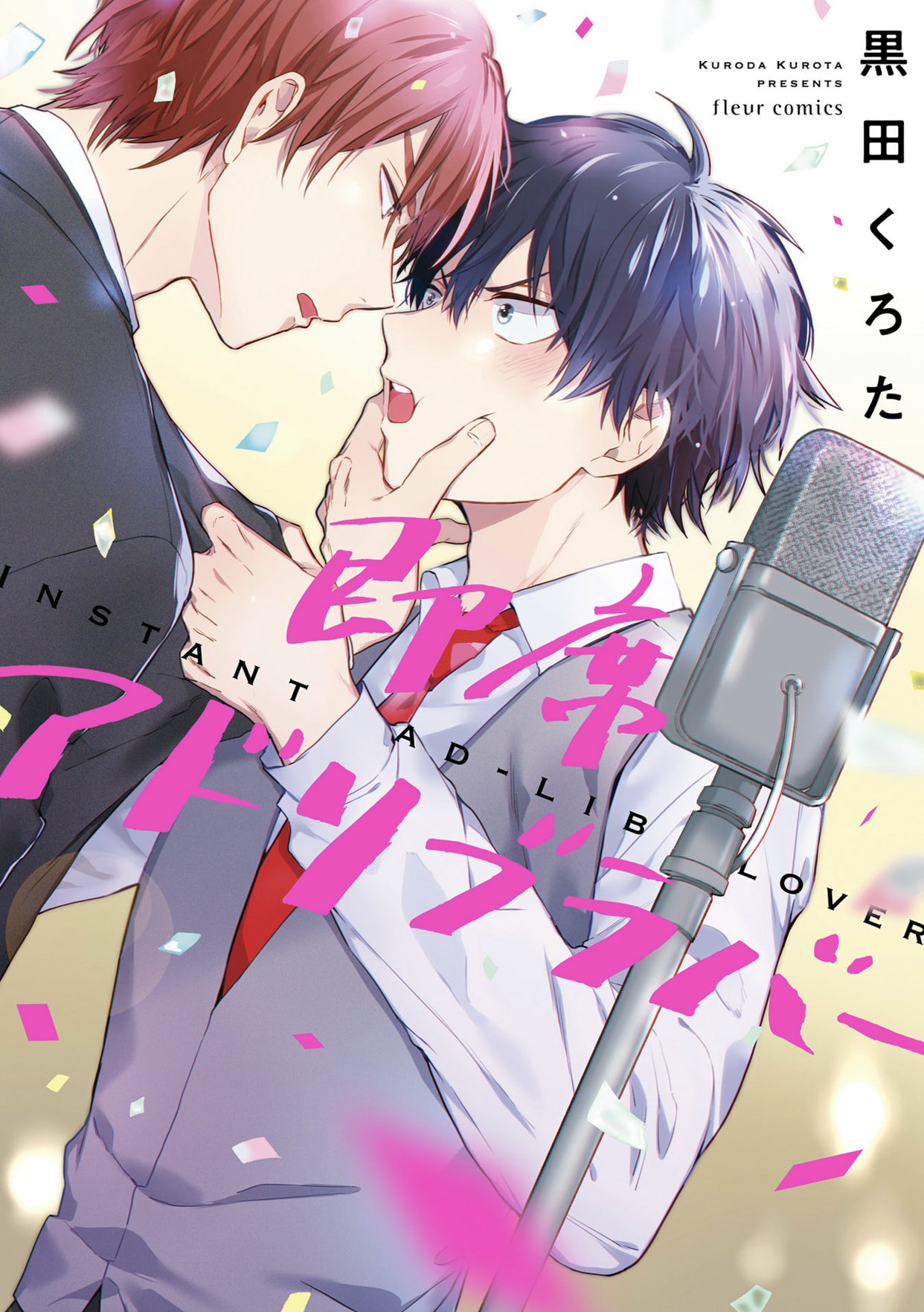 “I’m going to become the best comedian out there!” After making this promise with his grandma, Asahi sets out to attend a comedy vocational school. And on his first day, he gets unexpectedly partnered with another guy for his acts. And that guy is Minase, a very good-looking, but sarcastic guy. They were very reluctantly paired together for their bit, but ended up hitting it off. They hit it off SO well, that they got carried away and kissed each other during the bit! “Pair up with me.” “I want to work with you too.” And this is how the rag-tag duo began. Put together the level-headed tsukkomi with the rambunctious boke to get a bickering couple in a comedic BL! 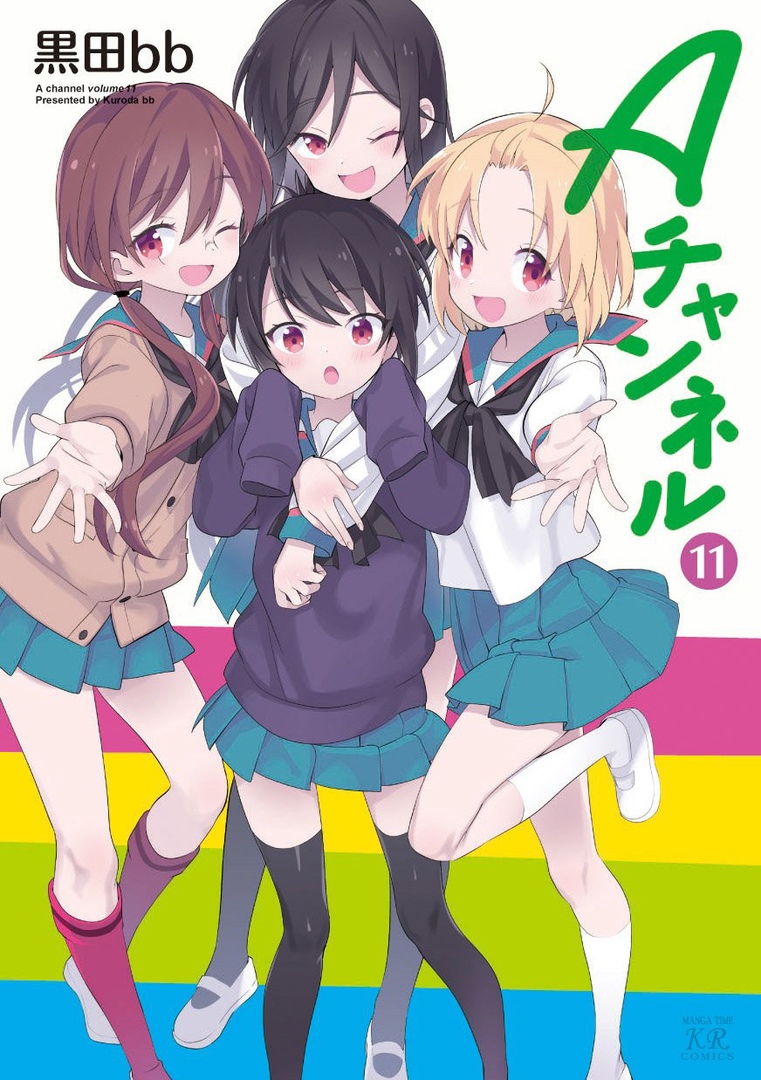 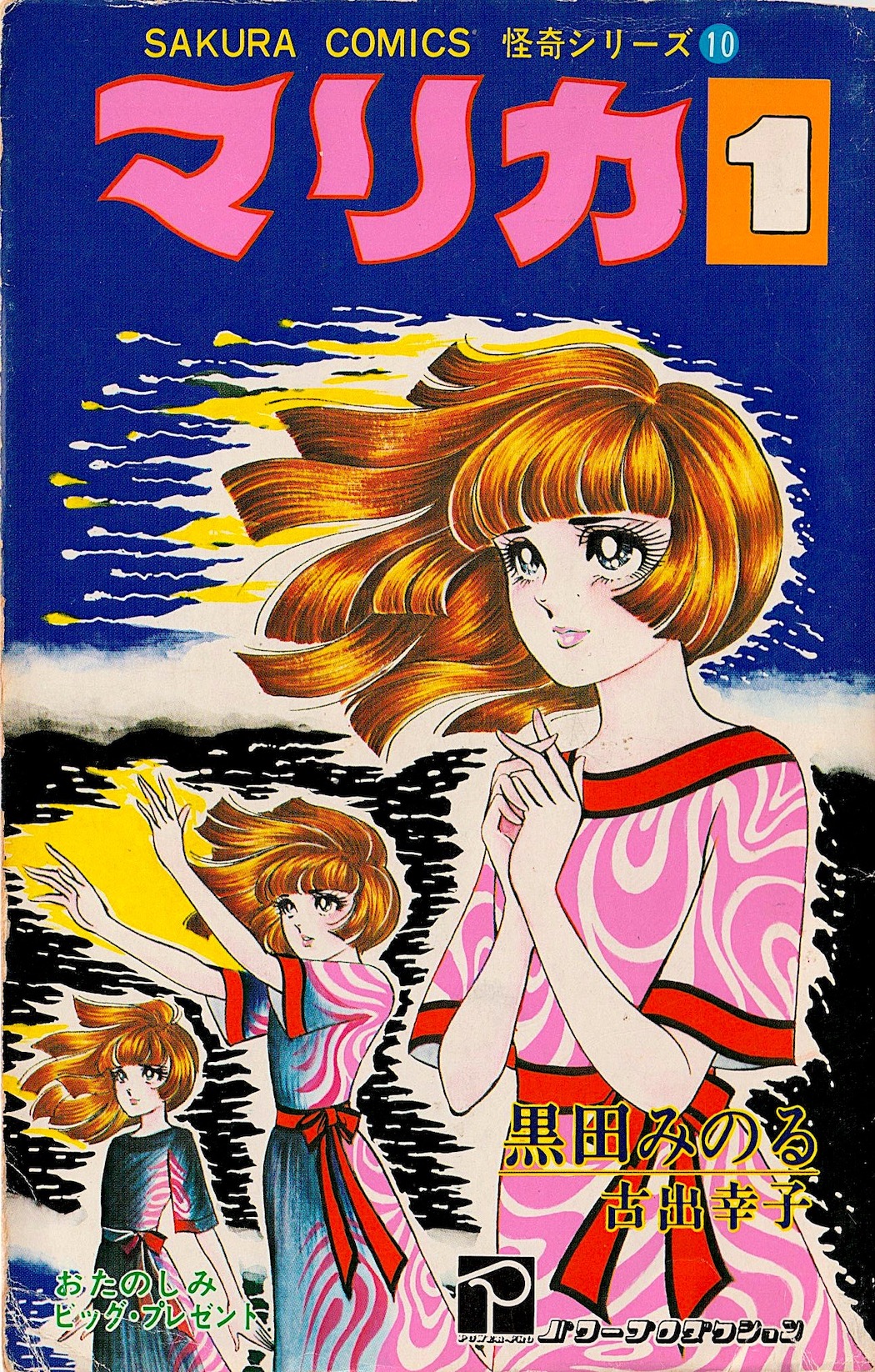 Marika Hana's dog Bobby is killed by a mysterious being in the middle of the night. Around the dog's body were mysterious white stones that Marika's father had seen before high in the mountains. This is the story of the strange and supernatural going-ons that follow. 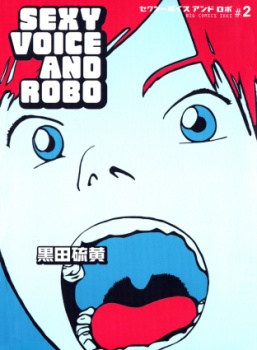 She calls herself Sexy Voice. To most of the world, she's just Hayashi Niko, an ordinary schoolgirl - but when time permits, she lives a double life as a hired investigator/spy. To help her, she has recruited the rather unlikely assistant she calls Robo, a geeky lump of a man who doesn't really know why he feels the need to do everything she tells him to. He just does it. Together, the odd team solve a number of cases for Sexy Voice's employer, an aging gangster. Currently on Hiatus after 2 volumes. 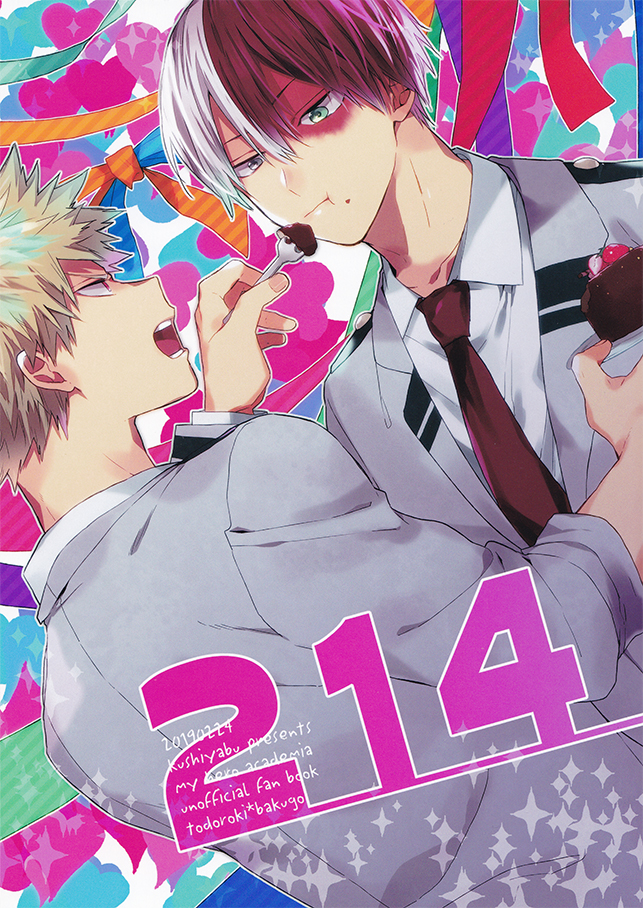 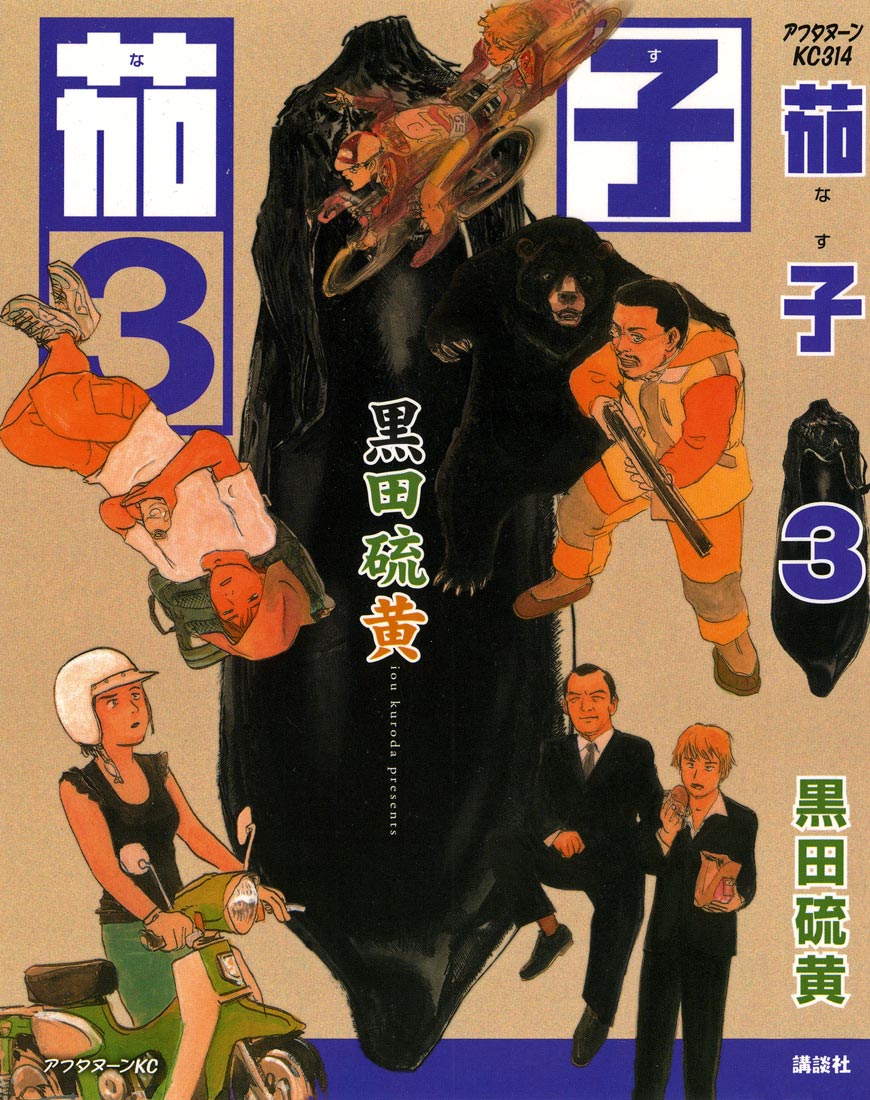 Short stories all related through a common medium: Eggplant. Nasu is a collection of stories, focusing on a returning series of characters, such as Takama, a farmer, and a young girl named Aya Takashi, who begins the series abandoned by her father and residing in Tokyo with her two younger siblings, and as the manga progresses to its second volume, leaves the city to reside in the countryside with her relatives, near Takama's farm. Apart from the chapters concerning Takama and Aya, other stories are also featured, such as one telling the chronicles of samurai in the Edo period hunting forbidden eggplant (nasu), another set atop a futuristic Mount Fuji, another tale concerning a truck driver, and also Summer in Andalusia, the story concerning the professional Spanish bicyclist Pepe Benengeli, from which the film was adapted. 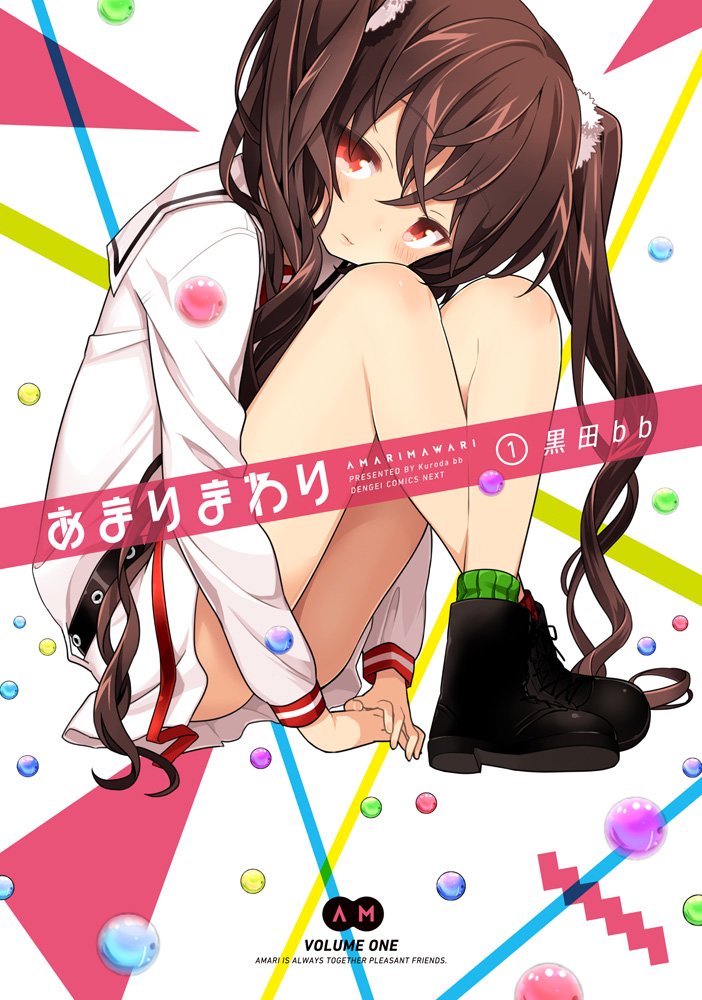 Our main character, a college student named Haru, has some…"interesting" tastes. However, all he wants is to be left alone to enjoy the things he likes in peace and quiet. Unfortunately, were he to get his way we wouldn't have much of a story on our hands, would we? One day a friend of his sees the contents of a certain book Haru has… a book containing some pictures relevant to Haru's "interests…" and, due to a misunderstanding, throws it out the window! What are the contents of the book? Where did the book land? You'll find out when Haru goes to get it back. Of course it won't be easy, and he might even have a life changing encounter along the way (all thanks to that very same book.) 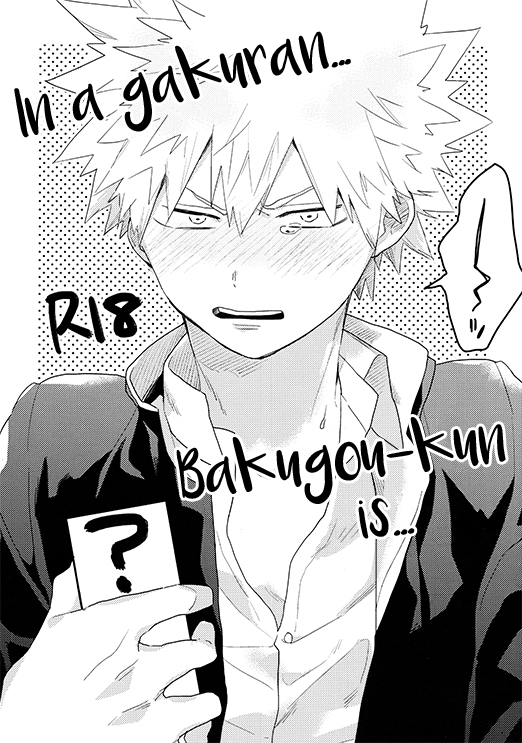 Boku no Hero Academia - In a gakuran... Bakugou-kun is... (Doujinshi) 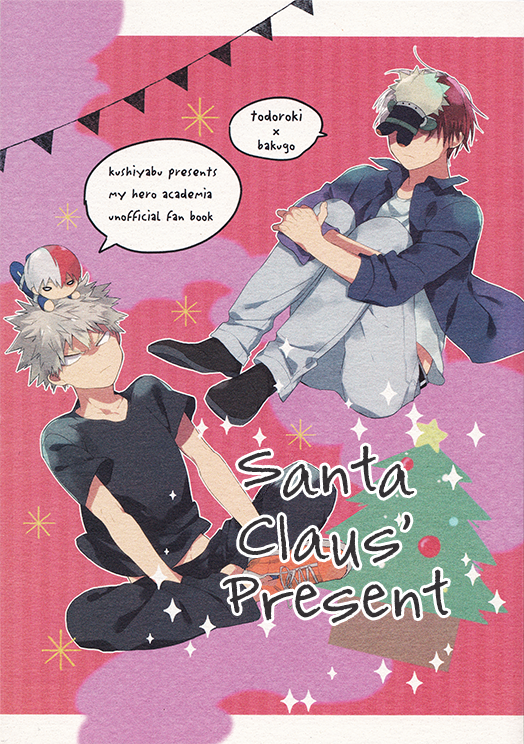 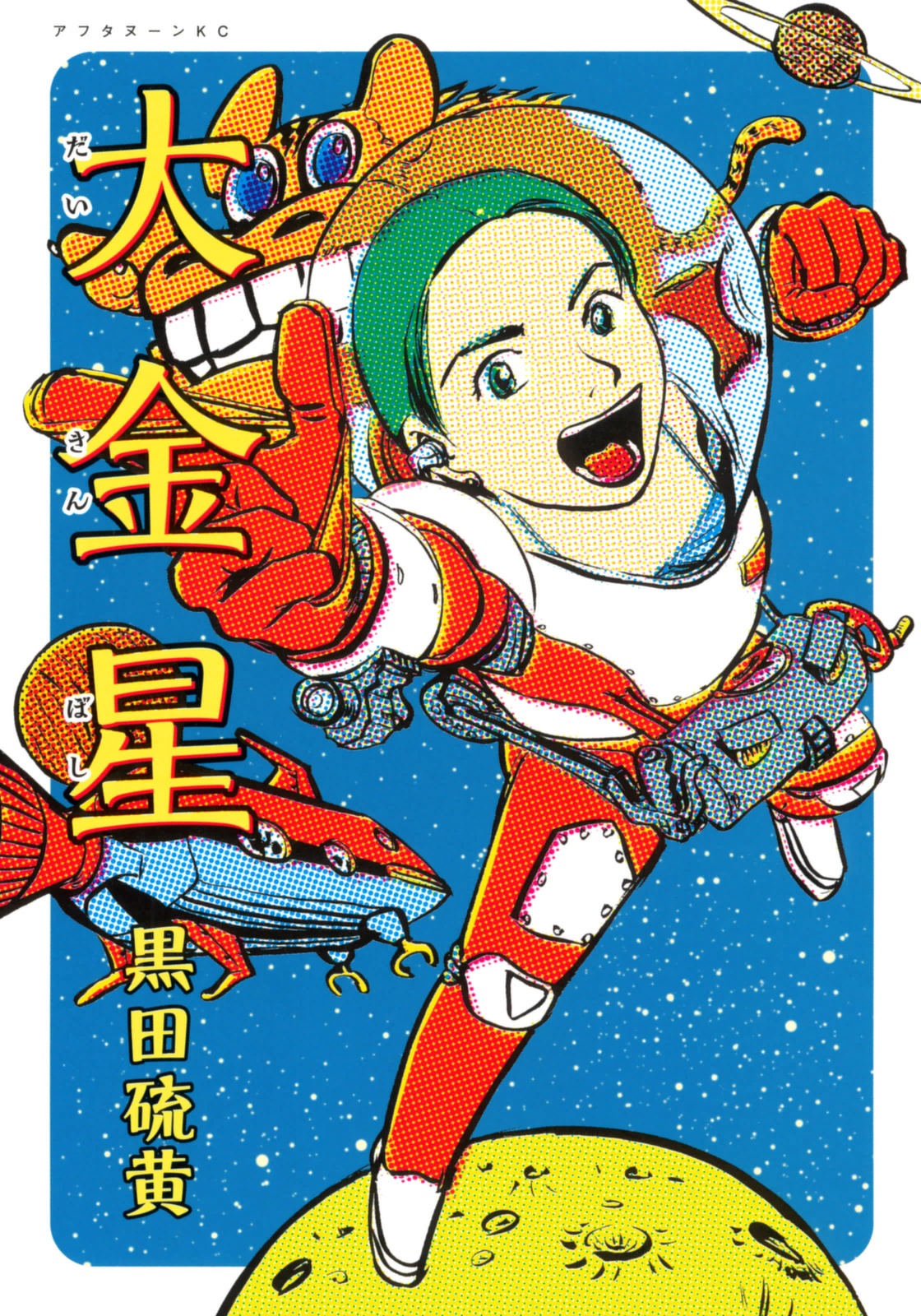 My childhood friend is the pheromone Prince. 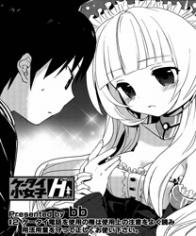 Ginta's father works at a cellphone company called "Choto Bank." Their new cellphone is a humanoid cellphone. Gina's father sent his son a prototype version of the humanoid cellphone, but Ginta's sister unexpectedly made some "changes" to the new cellphone and due to that it makes countless mistakes. The cellphone humanoid, named Momoko, slips on flat surfaces, rips Ginta's jacket, turns a jacket into a puzzle, and trips and nearly kills Ginta when a pair of scissors slip out of her hand. Ginta asks himself, "Will I live long in this condition?" Notice: Reads left to right. 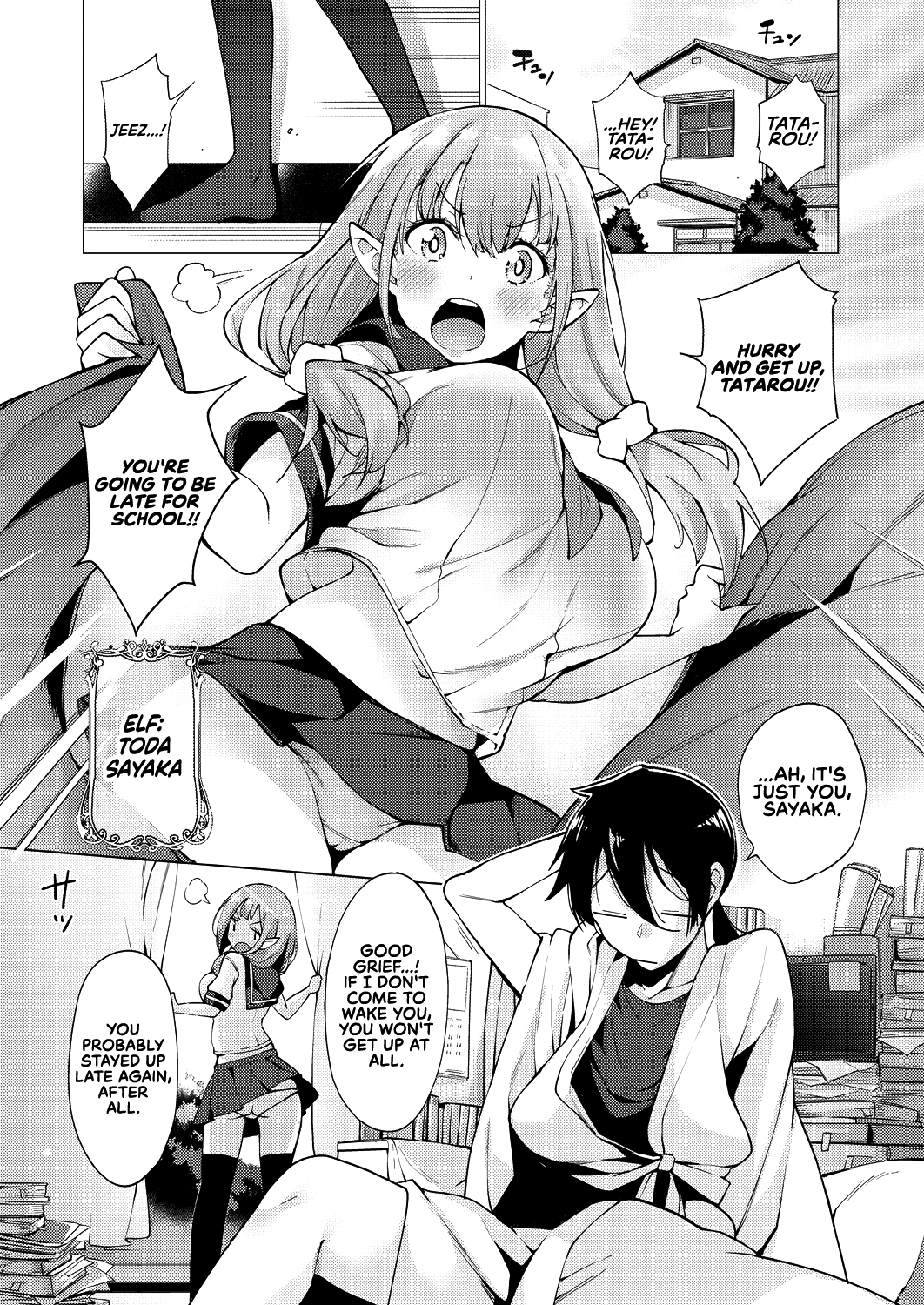