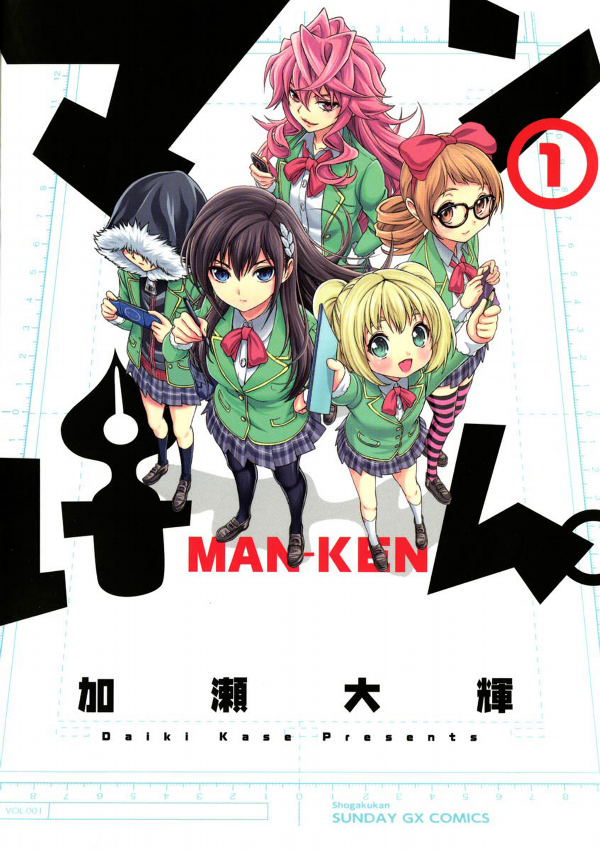 Higasa Sachi draws manga, but keeps it hidden from her classmates and acts like a model student. Alice Toyozaki is openly otaku, draws manga in class, and is bullied by her classmates. One day Sachi stands up for Alice and is consequently invited to the manga research club. 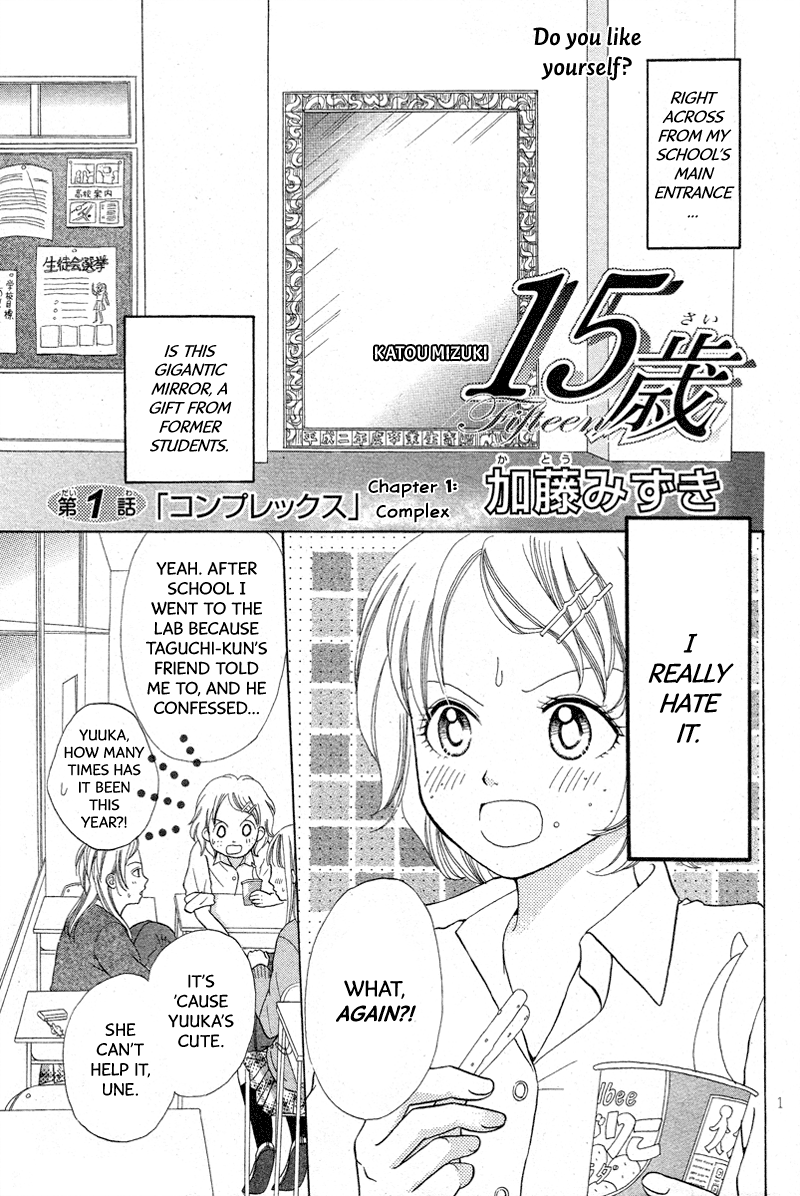 Do you remember yourself at fifteen? 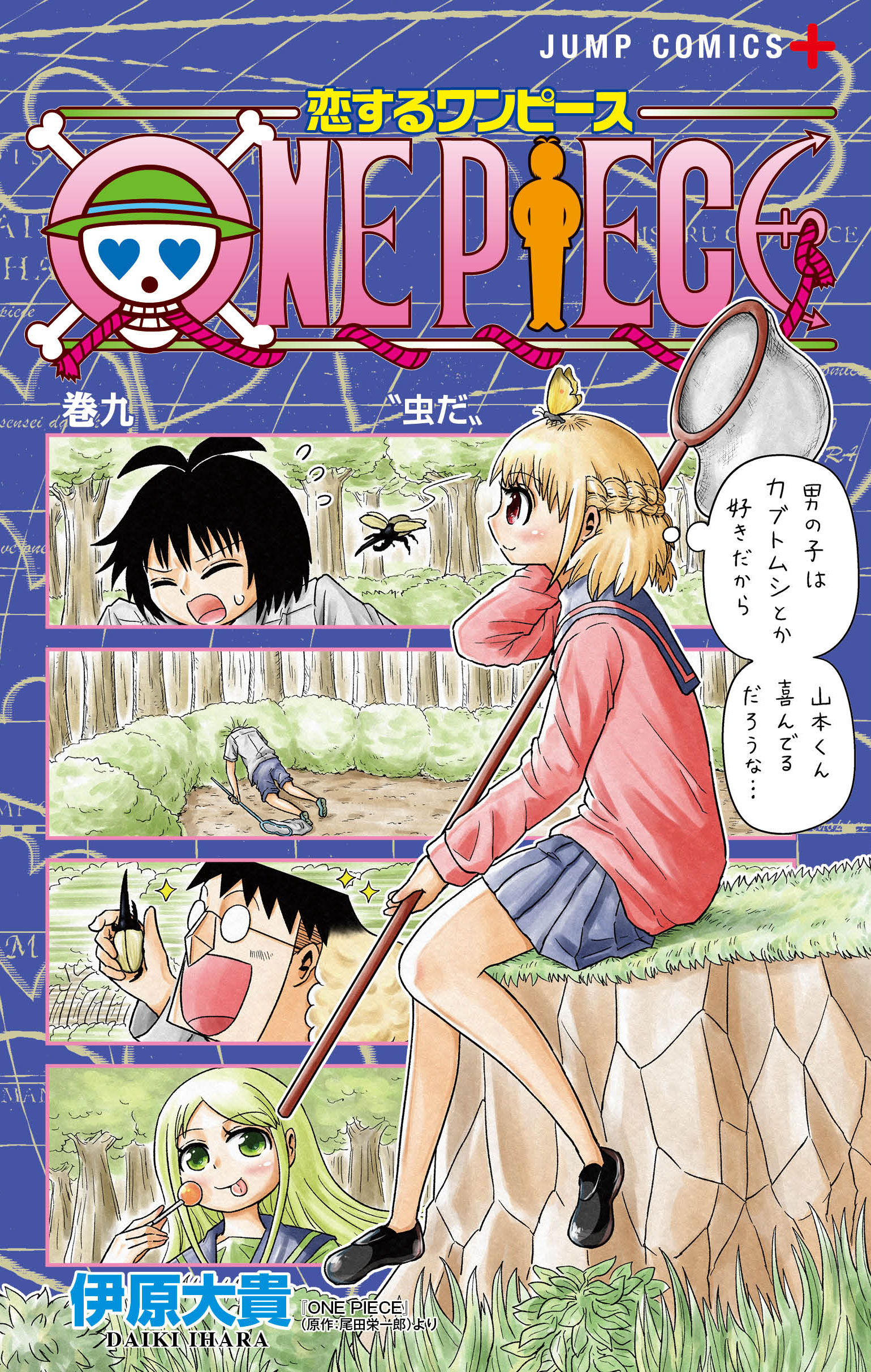 One Piece in Love

The tragic and treasured daily lives of three high school students with the same names as members of the Straw Hat Pirates, and their occasional outbursts after they form a One Piece fan club. An official One Piece spin-off gag manga with no fear of God, drawn by the Pacifista of the gag manga world, Ihara Daiki! 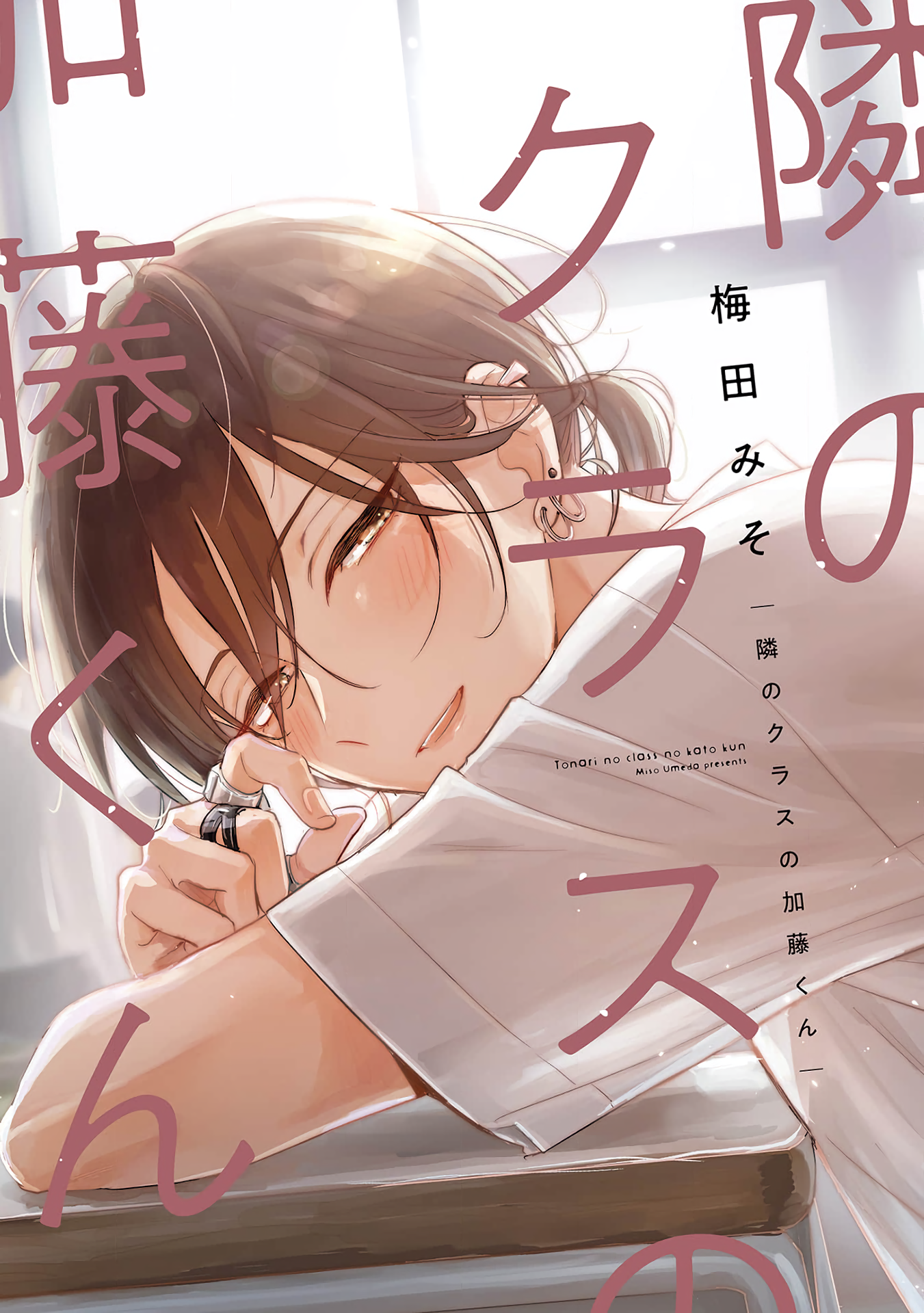 Tonari no Class no Katou-kun

Owada grew an interest in Katou, a fellow classmate who sits behind him. But Owada played it cool on their first meeting. Their different social class meant that Katou had no chance with him, yet, on the day he decided to give up, he ran into Katou who got entangled with a drunk and saved him. They became close and got along well. Katou can’t handle being suddenly touched by people due to an incident with a molester. The startling fact is that the molester was his own birth dad. His mother found out about it and split up with him and he’s since then lived with his mom. Owada learned all this from Mimasaka and vowed to become a man who will never hurt Katou. He accepted Owada who charged forth with his clumsy love and the two got together. However...? 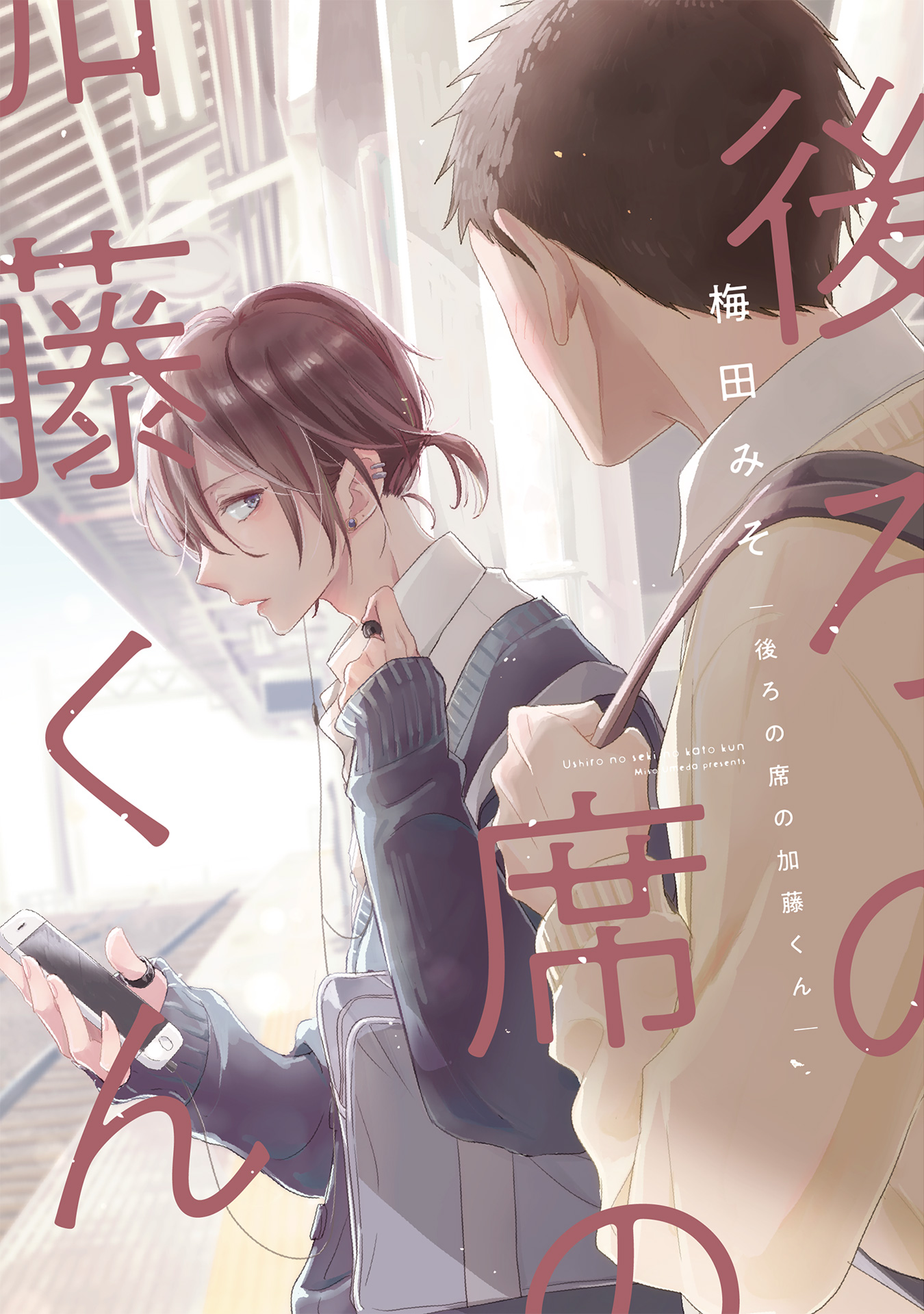 Ushiro no Seki no Katou-kun

Owada, an ordinary boy and also the “Villager A” in his class, can't help but be curious about Katou, a boy who belongs to the "Royalties" sitting behind him. Owada gathers up his courage and tries to talk to him, but Katou just ignores him with crystal-like eyes. However, one day, Owada accidentally touches Katou-kun’s secret that no one knows...! This is Umeda Miso’s debut comic that tells a story about a tender love. 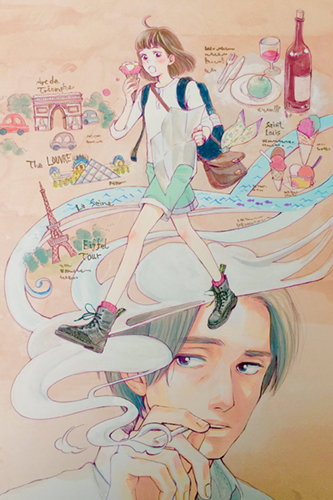 When you pine for another person while in a relationship with someone else, which road should you take to find your destined one? 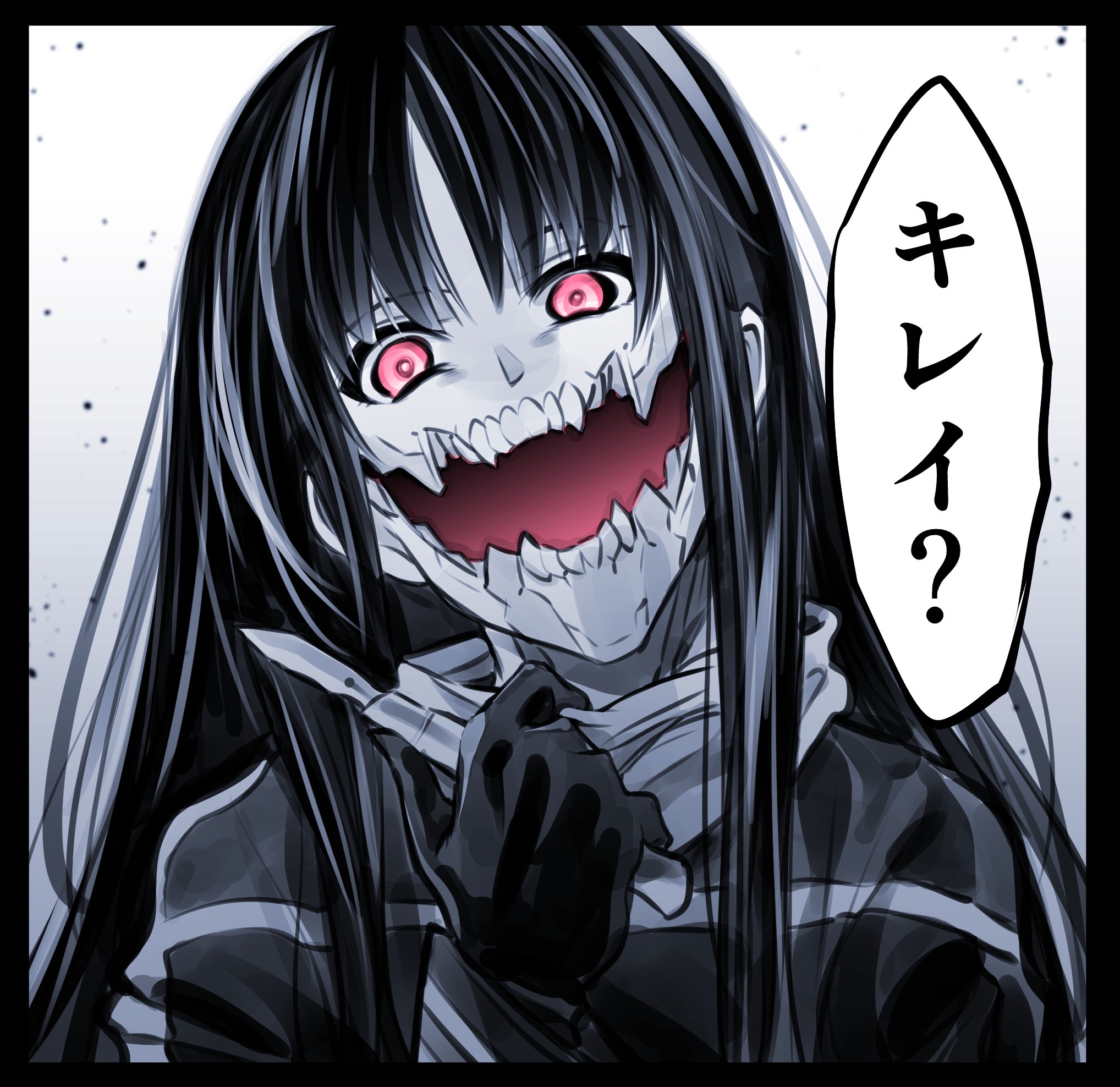 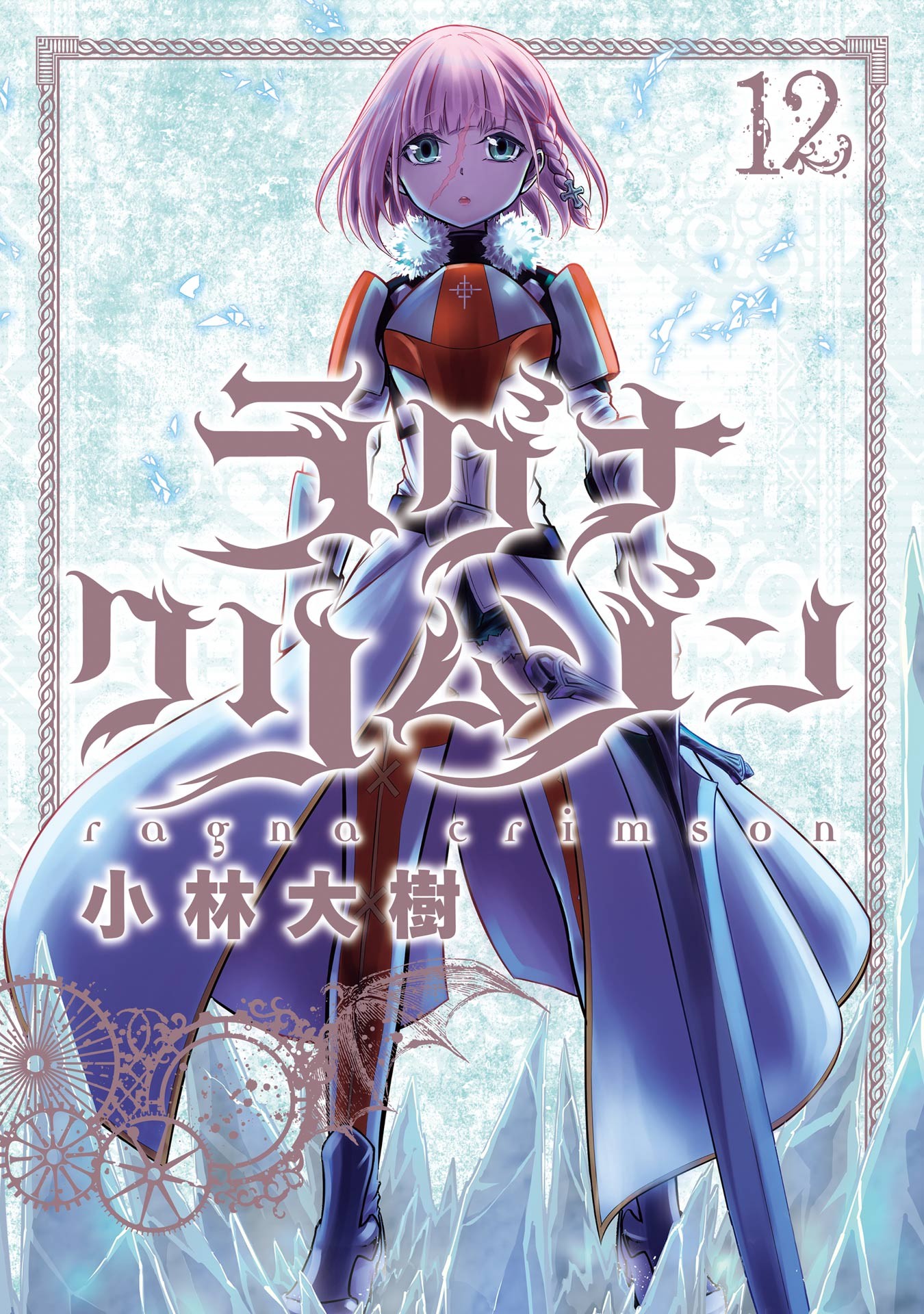 Ragna is a dragon hunter along with his partner, the strongest dragon hunter Leo. He didn't have much talent at hunting dragons but he had decided to entrust his whole life for her. However he was shown the feel of true despair by his future self on what would happen if he stays weak as he is now. With that, it seems that the reaper of the dragons had now appeared earlier than the original history, but will it be enough to change the future? 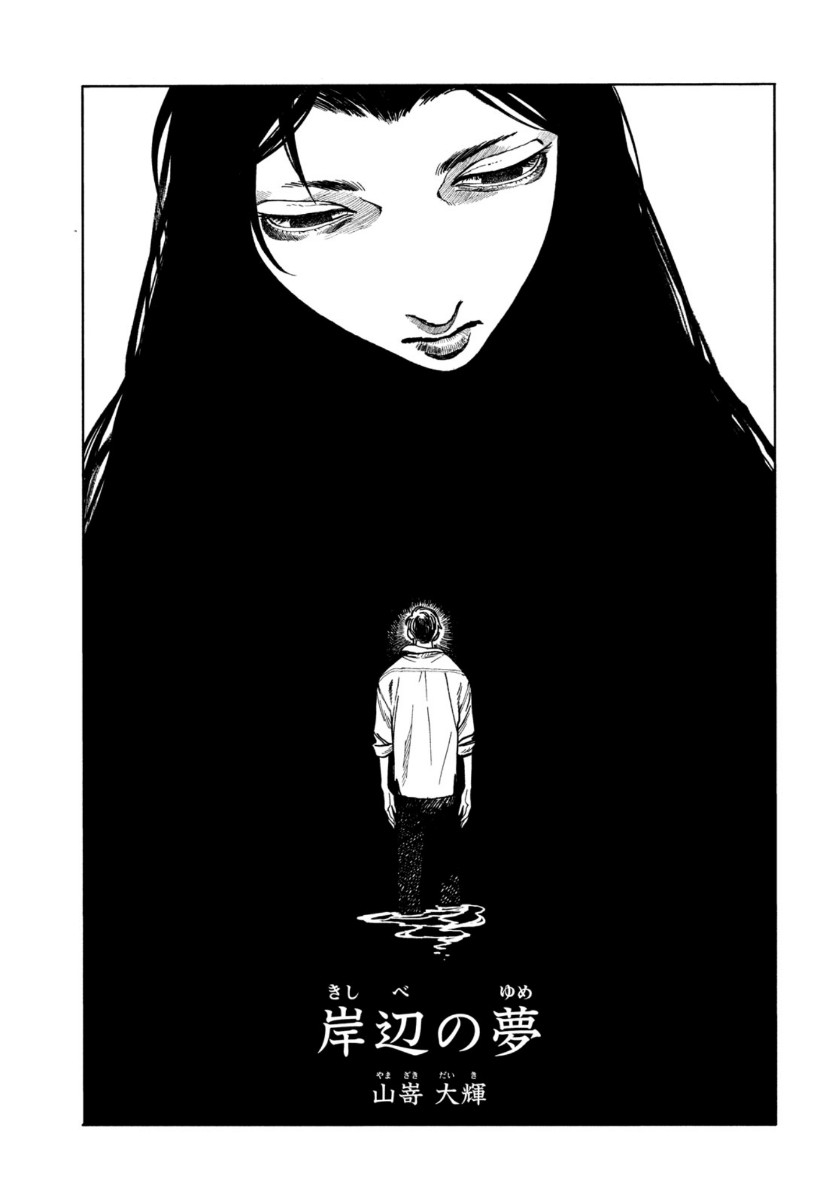 The hunt for a woman that keeps appearing in dreams. 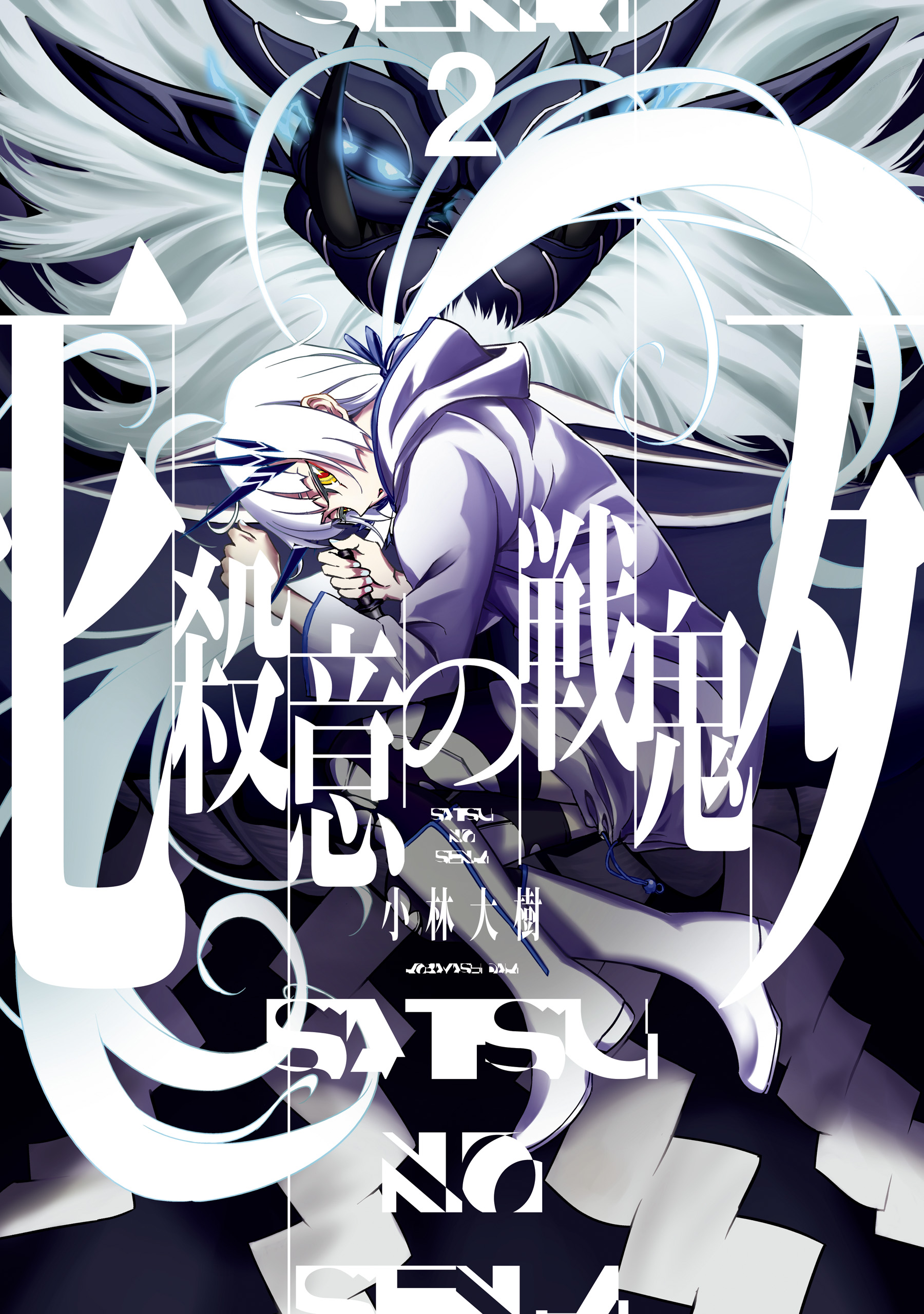 Mikoto Rikudou, your average Secondary School kid, lives an ordinary life and doesn't think much about the unexplained appearances of figures called "demons" in the city. This is all turned upside-down when he finds the most timid girl in class is one of them, he is caught in the middle of a battle between these creatures and ends up becoming one himself… only to be told he will have to kill other people using his new powers or lose his own life instead.

Will, a boy who can use healing magic, escapes a research facility with his older sister. Together they travel this broken world to unravel the secrets of his origin. (Summary by Knox scans) 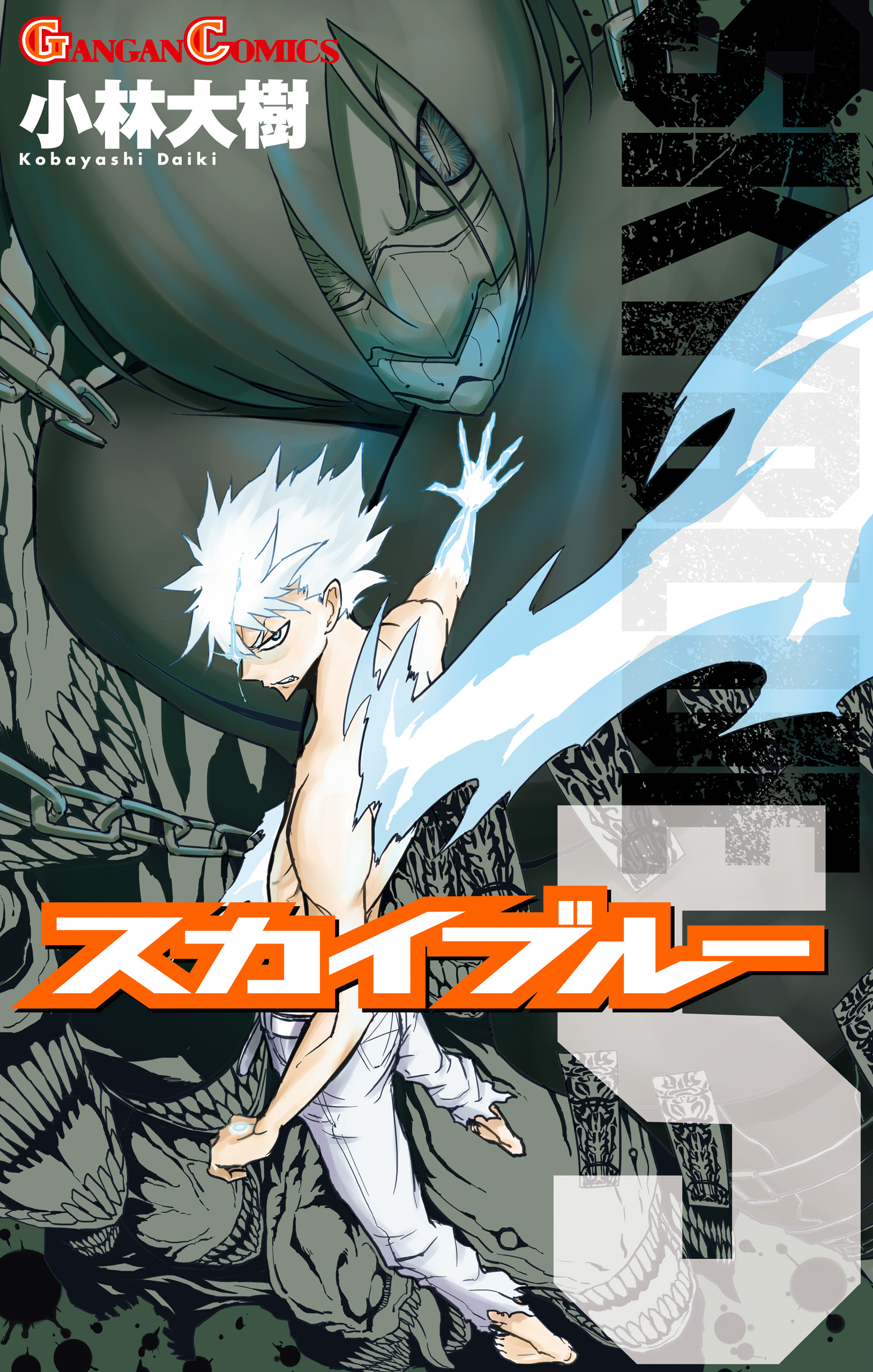 Kazama’s family died in a mysterious explosion when he was still young and since then, he has not been able to come to terms with their deaths or even with himself. He emotionally distances himself from everyone and his aggressive nature gets him the nick name “Real Life Combat Game Character.” Years later, Kazama, now in high school, gets close to death after a car accident. As he accepts his fate, Sky Blue enters his consciousness. Somehow related to the multicolored meteors that were seen all around the world on the same day of Kazama’s near fatal accident, Sky Blue is able to control his body. The teenage-looking Sky Blue is able to control Kazama’s body movements and even his speech. He falls for the beautiful but cold Haioka Anna and when she gets kidnapped, Sky Blue takes over Kazama’s body, unleashing enormous amounts of power and strength. 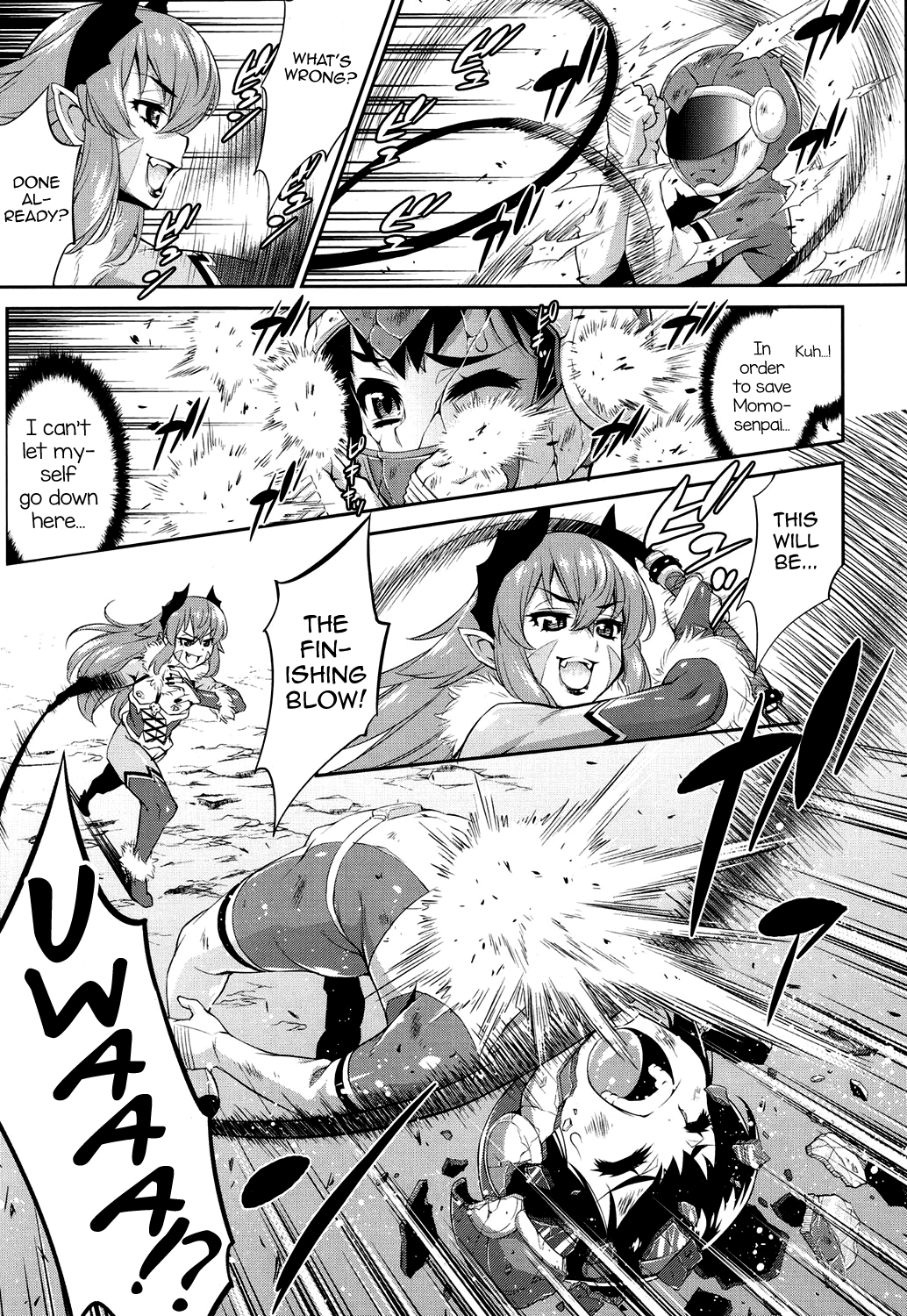 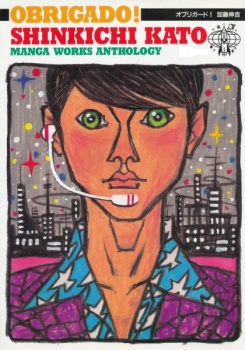 Collection of various oneshots, including Katou Shinkichi’s debut work, which was originally published on November 22, 1990 in Weekly Morning. 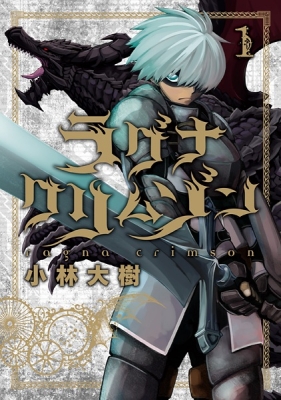 In this action-packed dark fantasy, humanity lives under the threat of annihilation by immensely powerful dragons. The dragon hunter Ragna embarks on a revenge-fueled quest to eliminate that threat once and for all. Dragon hunters: warriors armed with special silver weapons who kill their prey for bounty. Lowest among their ranks is Ragna, who forms an improbable partnership with the young genius Leonica, a master dragon slayer with more kills to her name than almost any other. All Ragna wants is to stay by Leonica's side, but his dream is shattered by an attack from the deadliest dragon imaginable... 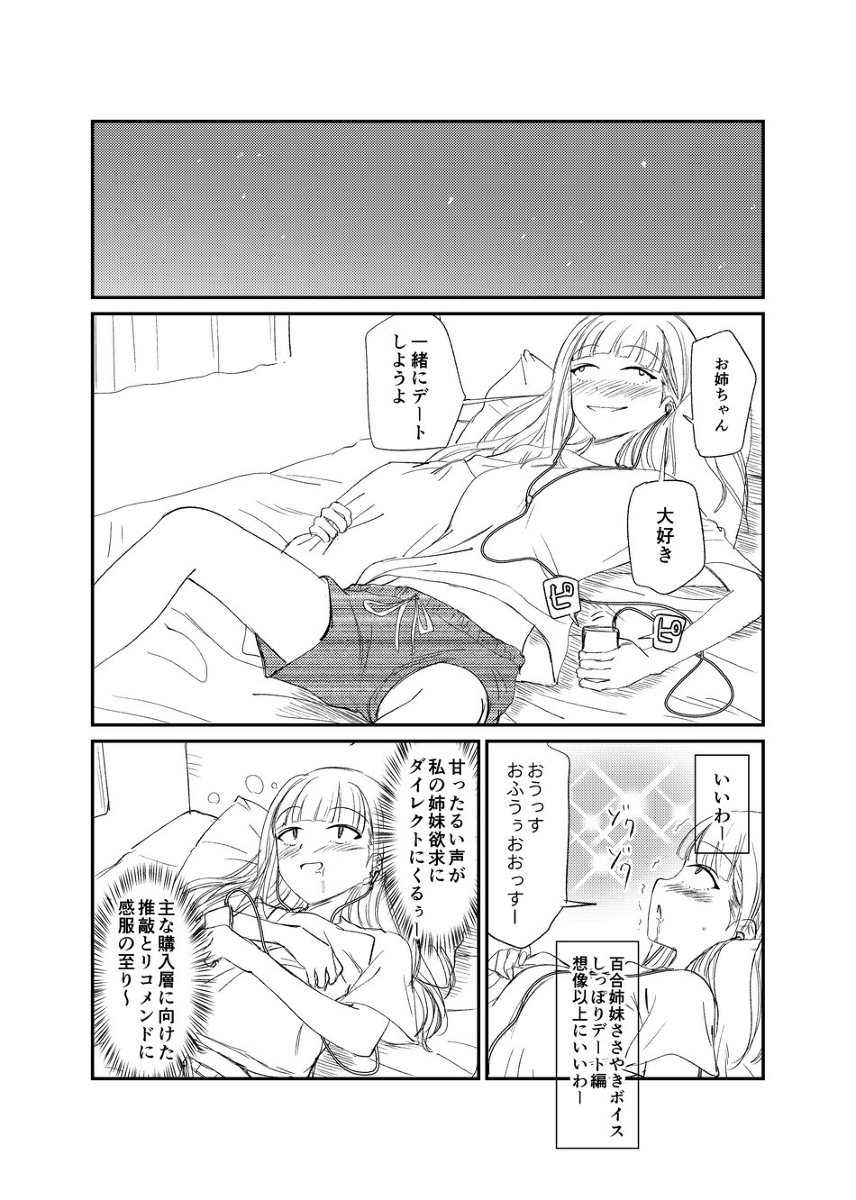 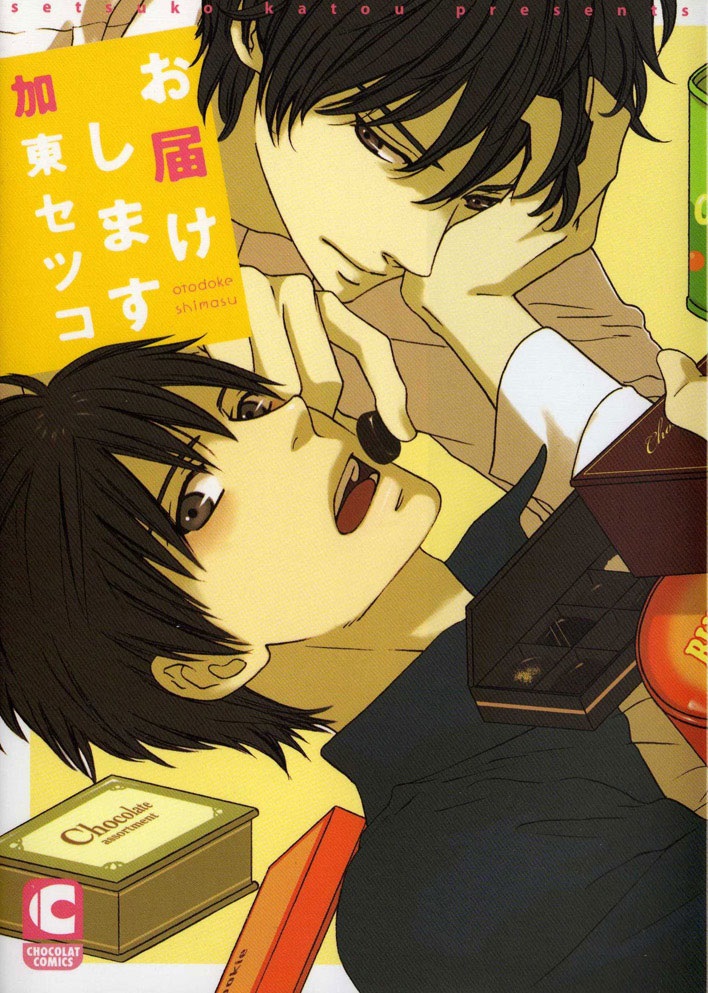 From Attractive Fascinante: 1. I'll Deliver It Aogaki Kouhei, a famous designer, was kind to everyone else except to Hasegawa. The weird thing was, he always gave Hasegawa expensive desserts. Hasegawa felt puzzled, but gradually fell in love with the arrogant man. While making a delivery to Aogaki on a rainy day, Aogaki dragged him into his house to wash his feet for him. Did Hasegawa have a special place in Aogaki's heart too? 2. The Other Side of the Porch Ootomo has fallen for his neighbor, Ichikawa. The two university students attend different colleges and only meet each other once in a while outside the apartment, but will Ichikawa's little white cat help them become closer? 3. Satisfaction Tall, studly university student Takeuchi Tomoe notices a slim classmate peeking at him whenever they pass each other in the hall. A friend later tells him he saved the pretty classmate, Shibata Daiki, from falling a while back. Takeuchi realizes he is abnormally bothered by Shibata's presence when a part-time teddy bear mascot working at his parents pharmacy reminds him of Shibata… unless there's more to that suit than Takeuchi can see. 4. The Beginning After getting smashed at a business drinking session the night before, Atsuhiro wakes up in a foreign room to find his business client sitting on top of him. Matsukura (the client) tells Atsuhiro that he brought him home and was raped by him. Atsuhiro is horrified that he could do something like that to Matsukura… but then a second Matsukura walks in saying none of that really happened. Why are there two of them, and what really happened last night? 5. The Depth of Love The older-brother's-friend story. Harigaya Kenichi is the junior of Ryou's nii-san. Ever since Ryou was little, Kenichi has been harassing him. Even now, when Ryou's in high-school and Kenichi is a car dealer, the unpleasant teasing continues… but perhaps it is the old "tease the one you like" routine? 6. Turnaround Time Ookubou used to live near Shimotori… now Shimotori just transferred to work at the hospital Ookubou works at. A reunion after so many years should be joyous… but why did it end up like this? 7. 8 Mats of Suite Rintarou was kicked out of his house by his mother… now he's living in a tiny, dismal apartment. The only thing that makes it alright is the neighbor and his college classmate, Ono. 8. Do Me a Favor Follow up of story 1. 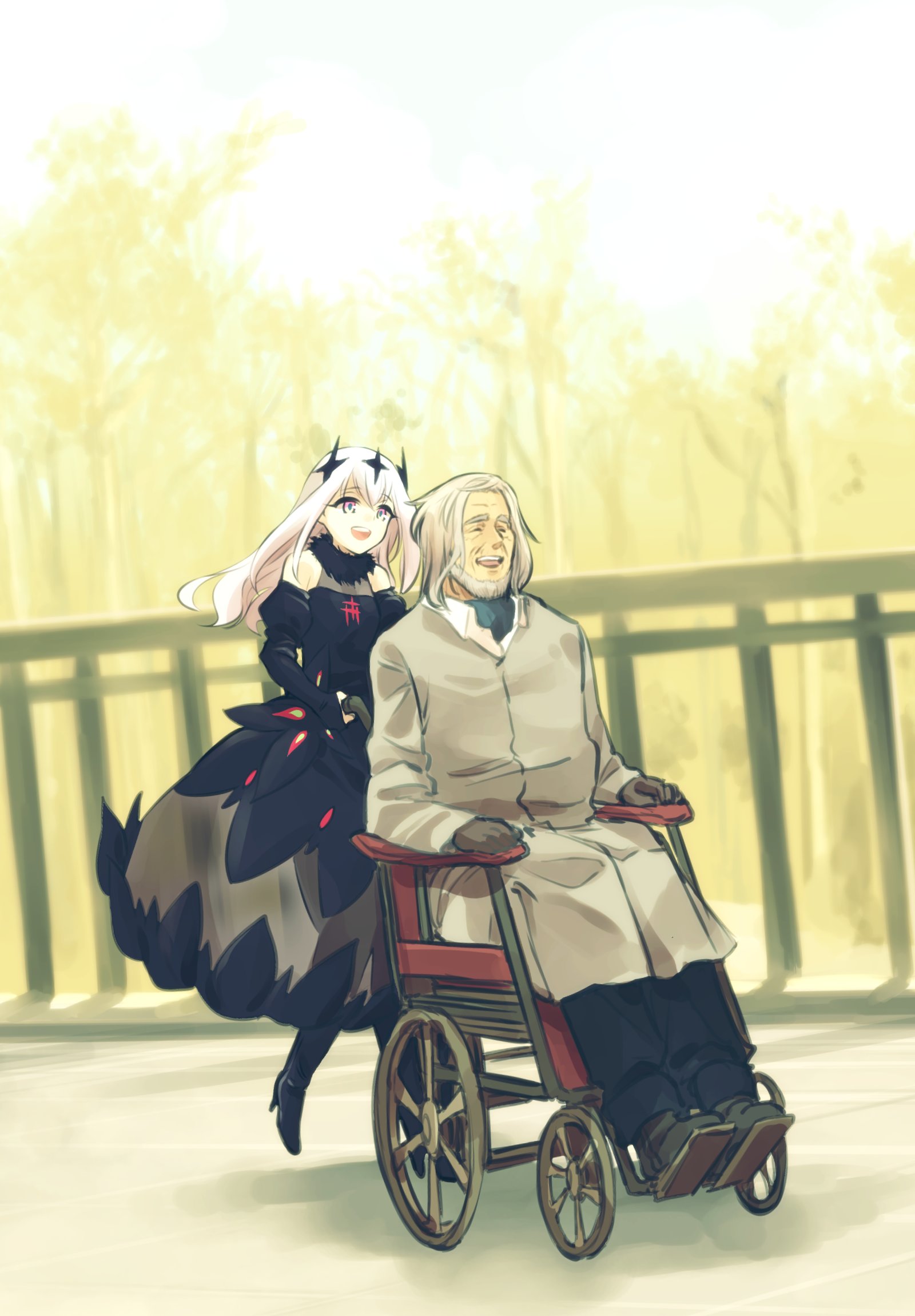 A tale of immortals when faced with the fragile mortality of their mortal companions. 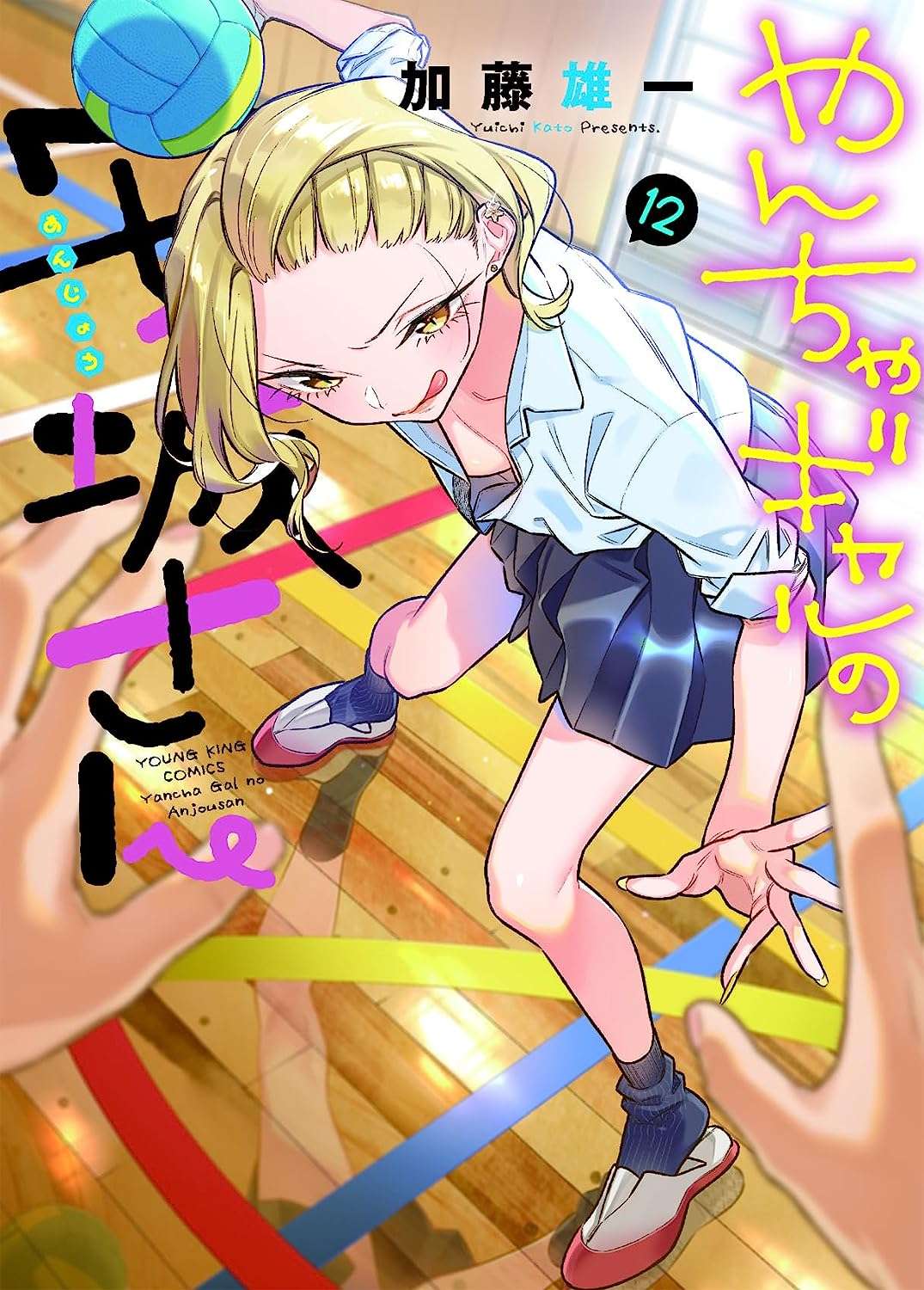 Seto is a completely ordinary and somewhat boring high school student. Yet, for whatever reason, his errant gyaru classmate Anjou just won't leave him alone! The serious Seto and energetic Anjou make a contrasting duo, but Anjou doesn't seem to mind, as she has too much fun teasing him. On the other hand, Seto has a hard time dealing with all of her endless antics; little does he realize that his humorous reactions are precisely the reason Anjou enjoys his company. But… just how much of her flirting is merely an act? 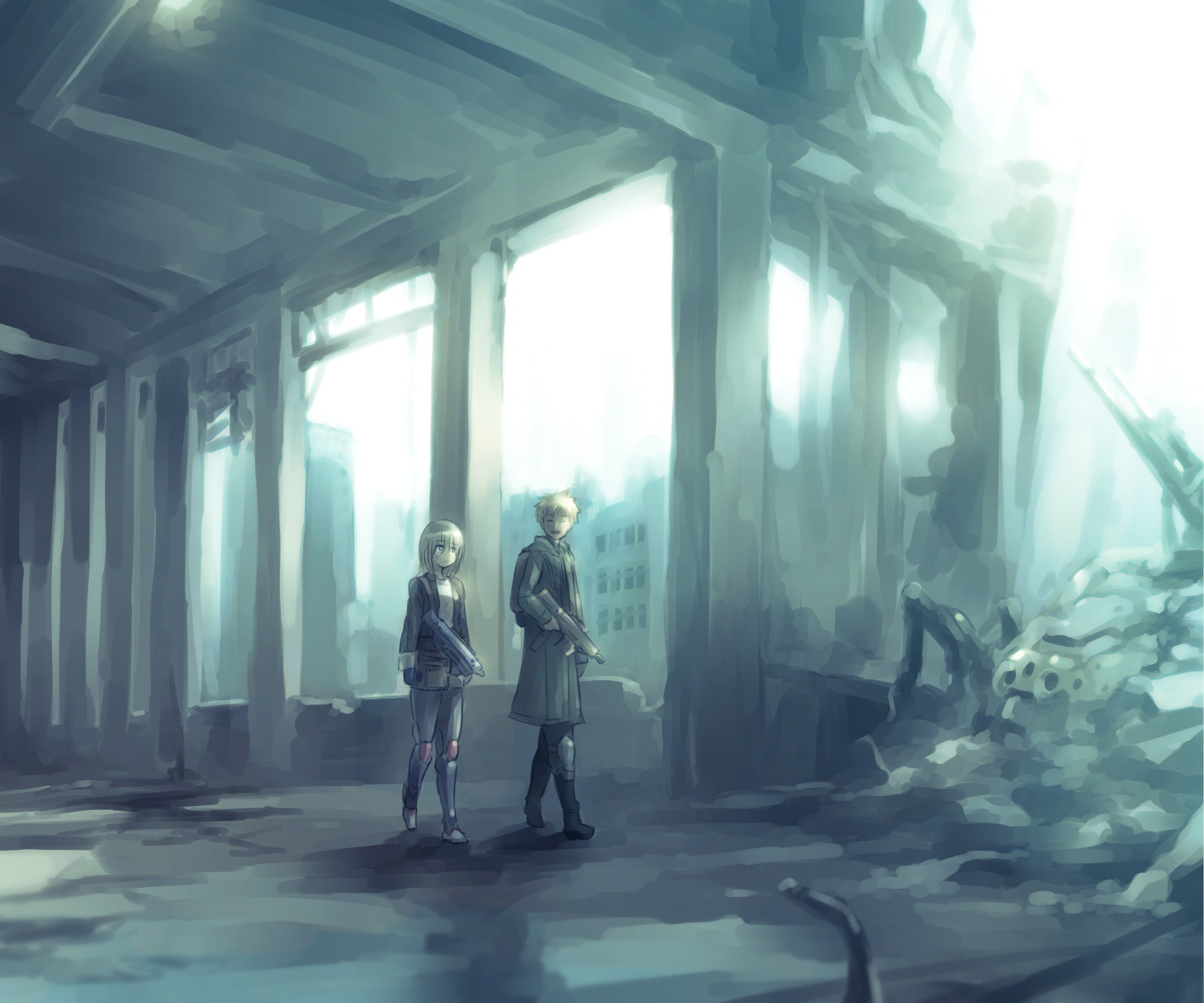 A Story About a Droid

A droid picked up an abandoned child and decided to raise it. 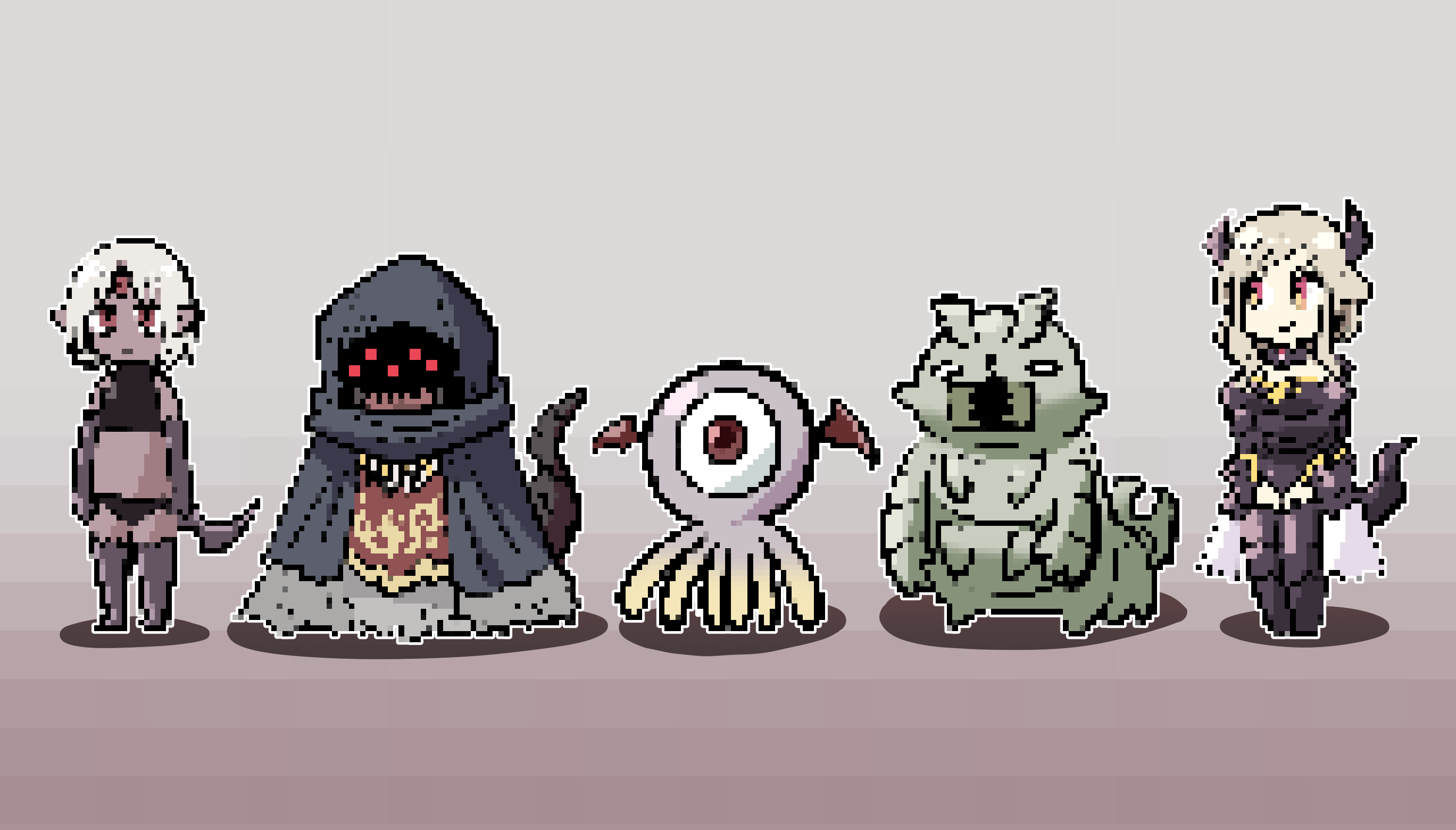 Tales of Demons working in the Demon King Corps and a mimic aiming for the life of a adventurer. 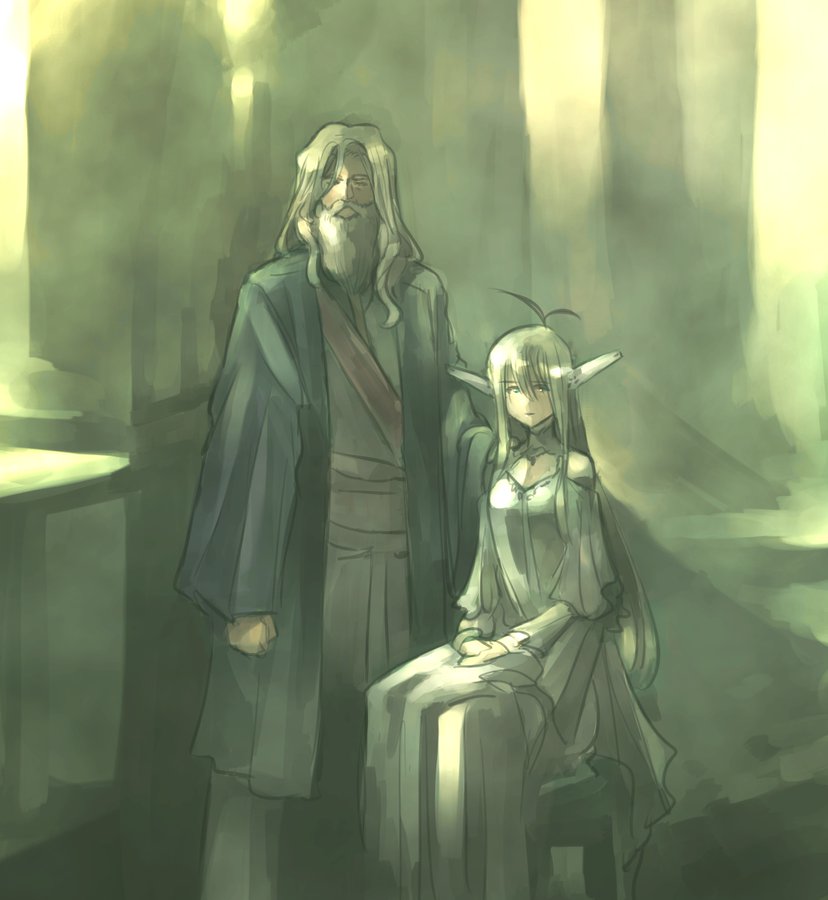 A boy, who longed for the legends of Elves, will finally have his dream realised. 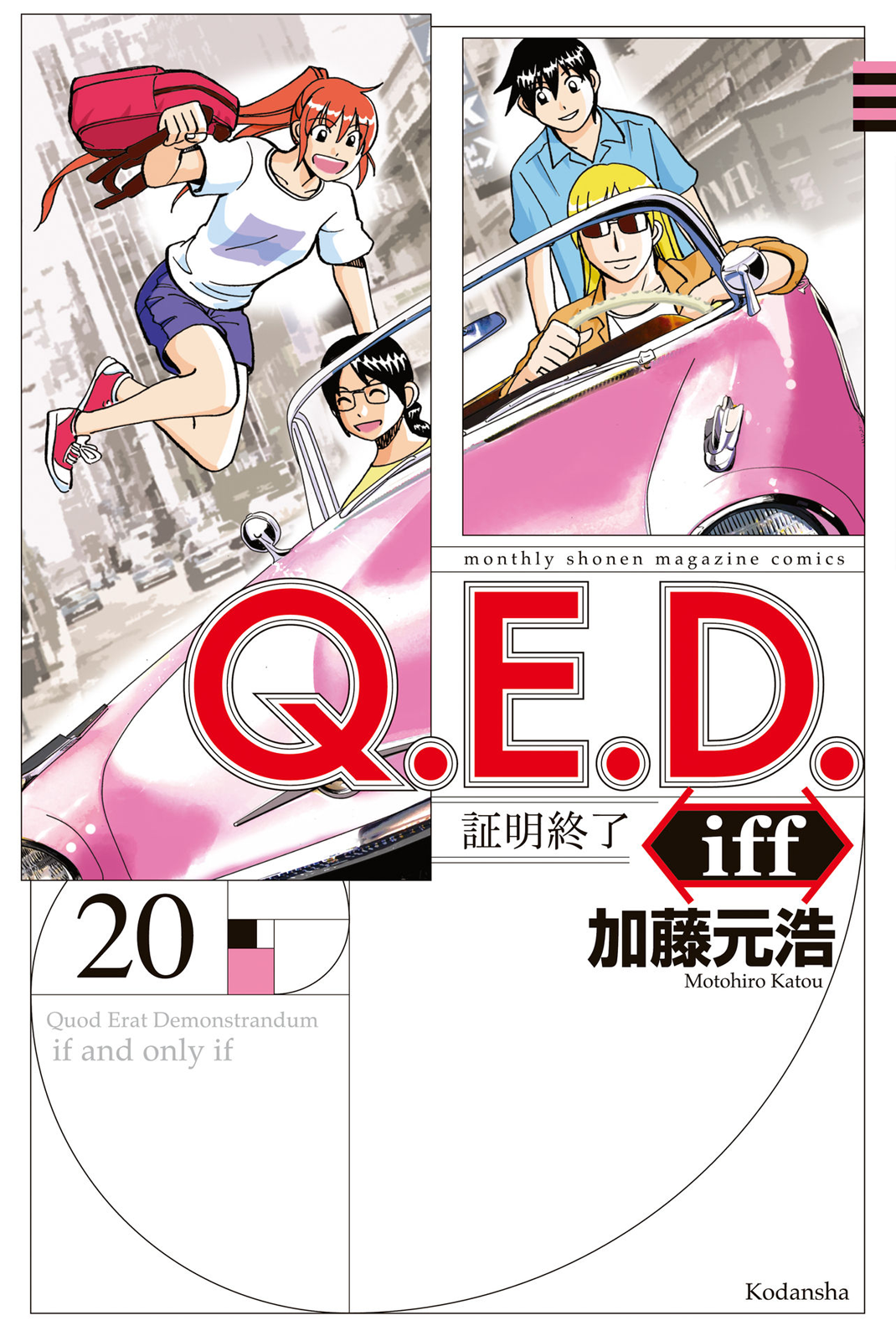 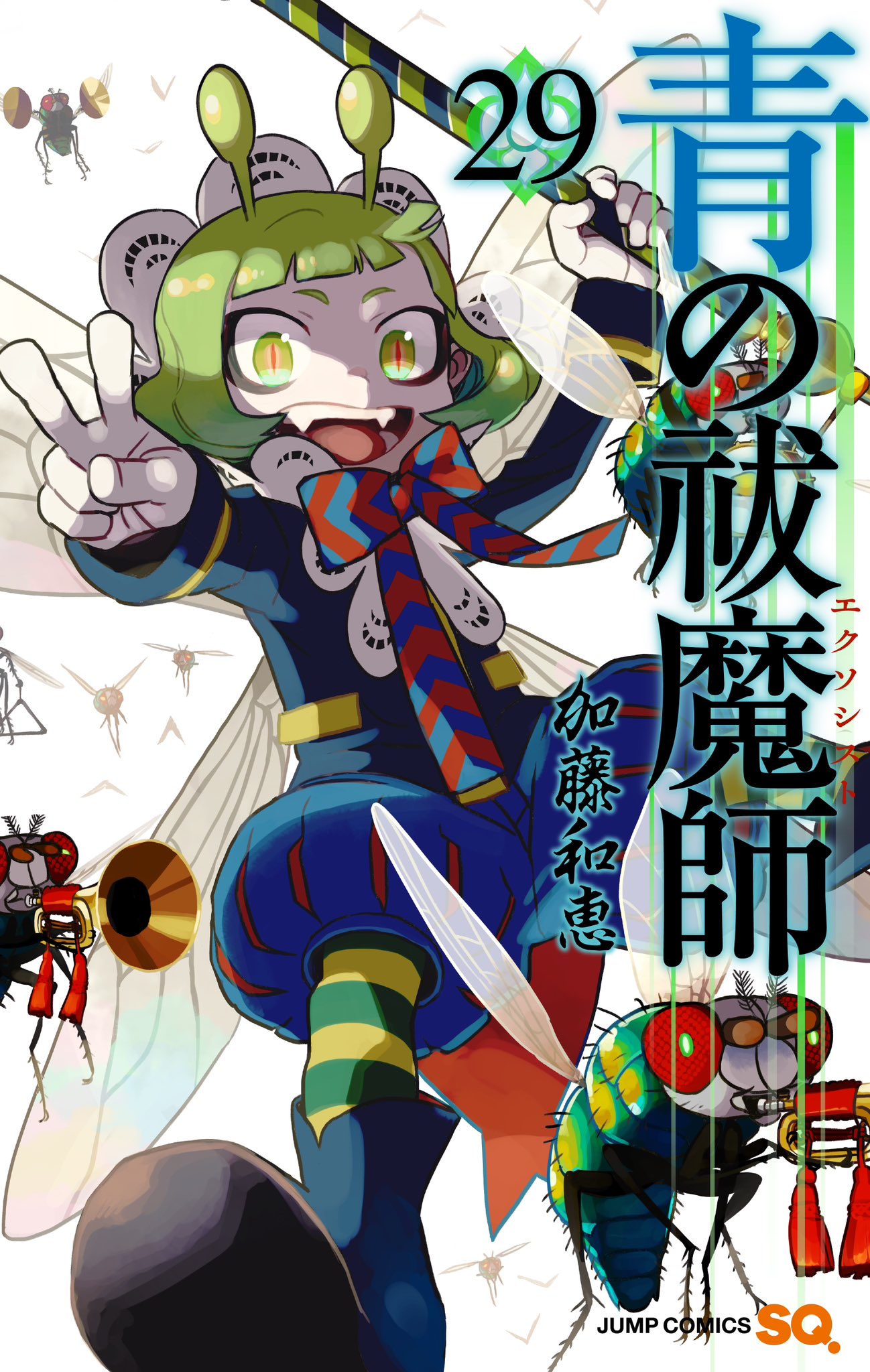 This world consists of two dimensions joined as one, like a mirror. The first is the world in which the humans live, Assiah. The other is the world of demons, Gehenna. Ordinarily, travel between the two, and indeed any kind of contact between the two, is impossible. However, the demons can pass over into this world by possessing anything that exist within it. Satan may be the king of demons, but there's one thing he doesn't have, and that's a substance in the human world which is powerful enough to contain him! For that purpose he created Rin, his son with a human woman, but will is son agree to his plans? Or will he become something else…? An exorcist?